By Manupdate (self media writer) | 1 year ago 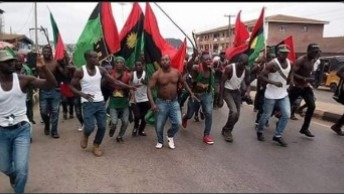 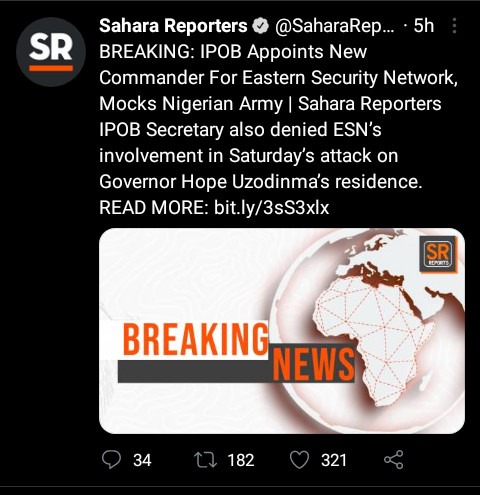 The Indigenous People of Biafra (IPOB) on Sunday says the Eastern Security Network (ESN), the military wing of the group, has got a new commander.

This is coming barely 24 hours after men of the Nigeria Police Force and their counterparts from the Nigerian Army and State Security Service (SSS) in a joint operation stormed the operational headquarters of ESN in Awomama Village, Oru East Local Government Area of Imo state, killing Commander. 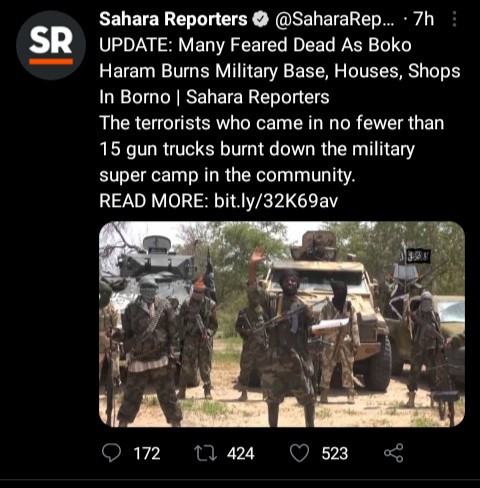 Many residents of Mainok in Borno state and men of the Nigerian army are feared dead after Boko Haram insurgents attacked the community on Sunday, multiple security sources have told SaharaReporters.

Mainok is the headquarters of the Kaga Local Government Area of Borno state.

SaharaReporters gathered that the terrorists who came in no fewer than 15 gun trucks burnt down the military super camp in the community.

Some houses and shops were also destroyed by the gunmen.

Community deserted as bandits abduct another 35 persons in Niger. 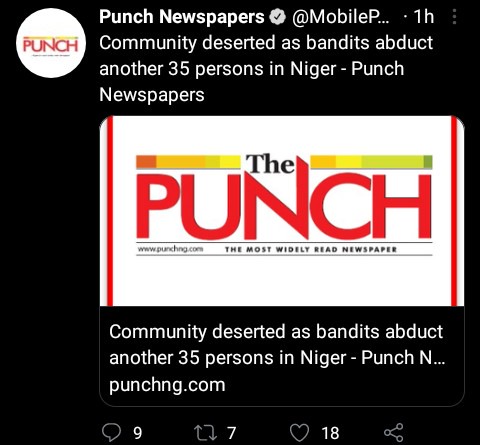 Not less than 35 persons have been kidnapped with many cattle rustled by bandits in their latest attack on Chiri Boda and Fuka in the Shiroro Local Government Area of Niger State.

The attack, which was said to have occurred on Saturday, left some injured, while many villagers fled to the forest.

The Chairman, Niger Concern Citizens, Muhammad Wana, made this known in Minna on Sunday. 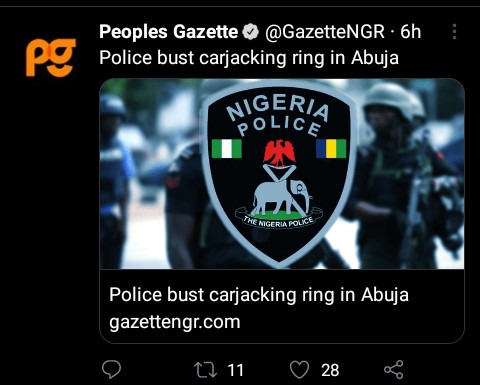 The Police Command in the Federal Capital Territory (FCT) has arrested six suspects over alleged car snatching and armed robbery in Kubwa and Garki axis of the territory.

The spokesperson of the police in the FCT, ASP Mariam Yusuf, in a statement on Sunday in Abuja said all the suspects were arrested within last week.

She said three of the suspects were arrested during different coordinated intelligence operations by the Anti Car Theft Unit of the command.

Nigeria will become oasis of peace for Africa — Osinbajo. 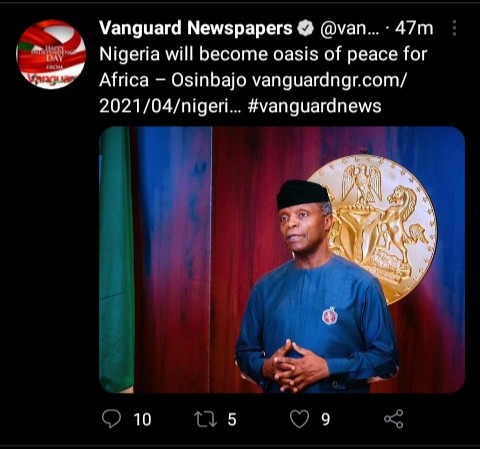 Vice President Yemi Osinbajo says he is confident Nigeria will become an oasis of peace, security and prosperity in Africa and beyond.

Osinbajo’s spokesman, Laolu Akande, in a statement on Sunday in Abuja, said the vice president spoke at the ongoing 108th Annual Convention of the Nigerian Baptist Convention in Lagos.

The theme of the conference is “Moving Forward: Finishing the Race with Joy.”

What do you think about IPOB appointing another commander? Share your thoughts.