A Soldier Found Himself Surrounded by the Enemy, Here is How He Managed to Survive (Story)

In September of 1951, the Korean War was at its peak. For 15 months, the fighting on Hill 931 in North Korea locked troops in a deadly battle with no end in sight. For Private First-Class Herbert K. Pililaau, he and his troops had been forced to retreat down the hill due to the North Korean opposition and now faced an almost impossible task—escape. You won’t believe this story about one man and how he fought against all the odds to help his platoon in their time of need. 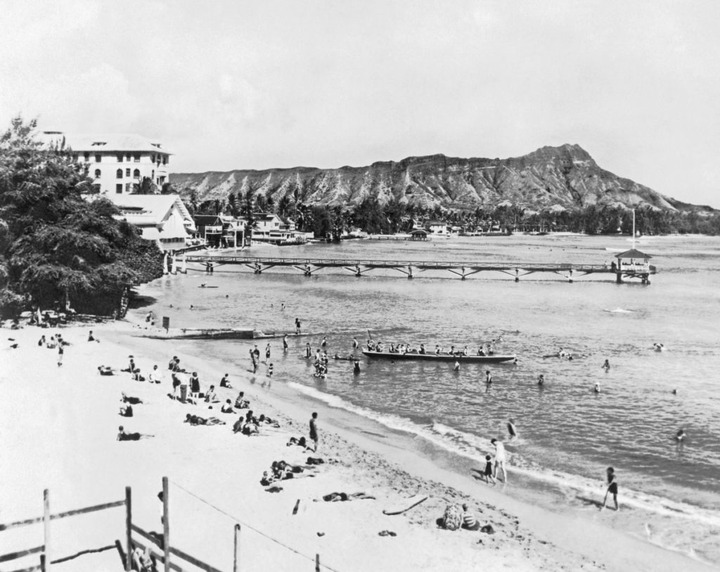 Born in Honolulu, Hawaii in 1928, Herbert enjoyed growing up surrounded by the beauty of the islands. His parents lived the working-class district of Wai’anae, both who were native Hawaiians. It was a picture-perfect childhood, one filled with love and laughter, as well as motivation to be a success. Herbert came from a large family that consisted of nine boys and five girls. While he was growing up, he found a deep love for music and was also an accomplished singer. He loved to spend his days reading and writing, which would be a huge part of his life. He would go on to graduate from Waipahu High School in 1948. 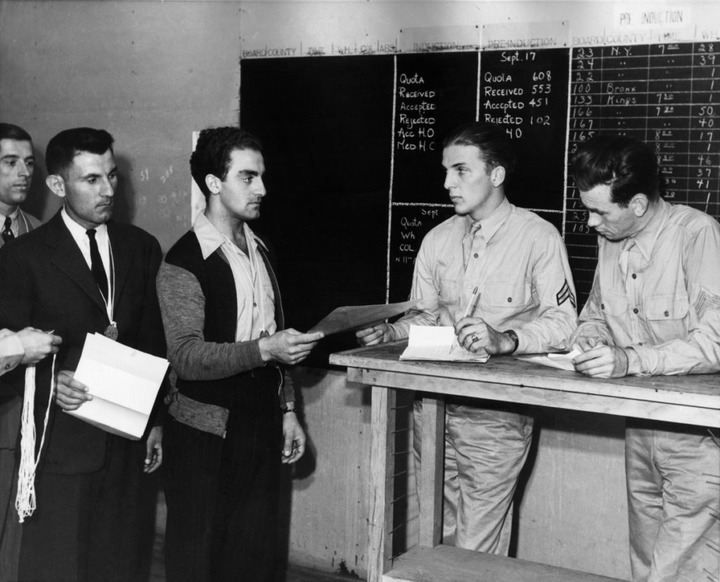 With high school behind him, Herbert enrolled at the Cannon Business school where he majored in Accounting and Administration. Unfortunately, he would have to put his studies on hold. In June 1950, the Korean War initiated the draft and Herbert soon found himself selected to serve his country.

There was just one problem, due to Herbert’s Christian beliefs, he did not believe in fighting and killing his fellow man. He felt it was a direct breach of the sixth commandment. However, after much prayer and consideration, he chose to live up to his duty and reported to Fort Shafter. Once Herbert finished his basic training, he was assigned to Korea in the 2nd Infantry Divisions' 23rd Regiment. Working in Company C, Herbert ended up volunteering to serve as his platoon’s automatic rifleman. This resulted in him being issued a Browning Automatic Rifle (BAR). He hoped that with this position he could keep his platoon safe during firefights.

Considered to be one of the most dangerous weapons used during the Korean War, the BAR could fire up to 650 rounds per minute. The magazine had the capacity of 20 rounds and the 30 caliber bullets could do some serious damage to their targets. 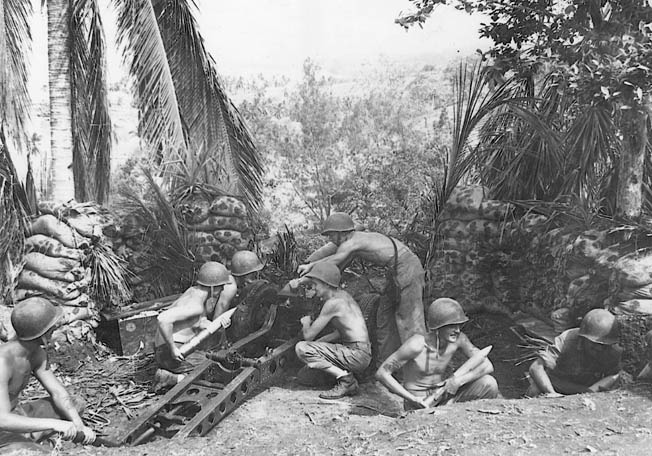 The Battle of Bloody Ridge in August 1951 was Herbert’s first foray into the heat of battle. The fighting lasted from August 18 to September 5, 1951, and was fought in the mountain ranges between the 38th parallel where the two Koreas were divided. With the Korean People’s Army on one side and the U.N. forces and the United States on the other, it was a contentious battle filled with plenty of bloodsheds. According to historians, the fighting took place during a time when peace negotiations between the two Koreas were actually underway. The South Korean troops took the crest at what would be known as Bloody Ridge, but the troops were eventually pushed back by the North Koreans. All of this fighting would be going on while most of the Korean battlefields were at an impasse. Over the course of ten days, the fight to retake the hill dragged on as the U.S. Army’s 2nd Infantry Divisions’ 9th Regiment and the 23rd tried to push back the North Korean troops. They fought through horrific conditions, as torrential rains pounded down on them. The body count for both sides would be extremely high by the end of it all. 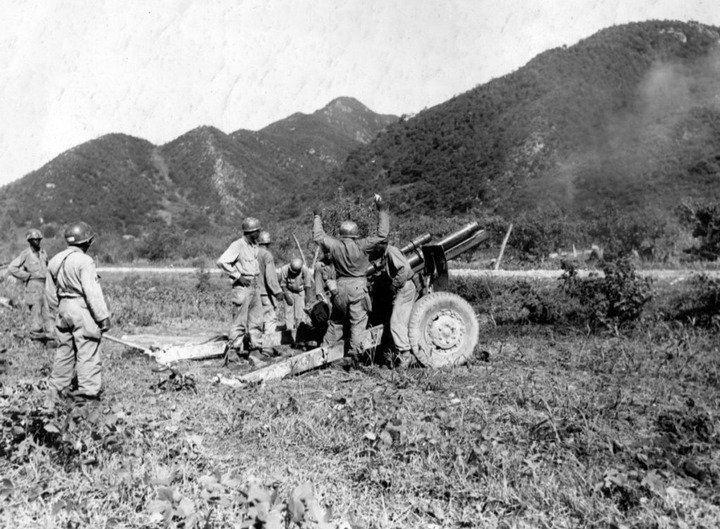 While it would take time, eventually the infantry assaults and a barrage of fire from tanks and by air would push back the North Koreans. It’s believed that at one point over 14,000 rounds of artillery fire were aimed at the troops for over 24 hours. Eventually, the North Koreans retreated off of the hill, outnumbered and severely wounded. Unfortunately, the North Korean troops took up a position on a nearby hill that was only 1,500 yards from the Bloody Ridge. This area would go on to be known as Heartbreak Ridge and would end up being another site for a brutal battle.  Sadly, the U.S. would be at a disadvantage since the North Koreans had set themselves up at a better vantage point this time around. Herbert’s 23rd Regiment fought hard in the battle along with the 2nd Divisions' three regiments and the French battalion. The assault began on September 9, 1951, under the command of General Thomas deShazo and according to those involved in the battle, his tactics were questionable, to say the least. 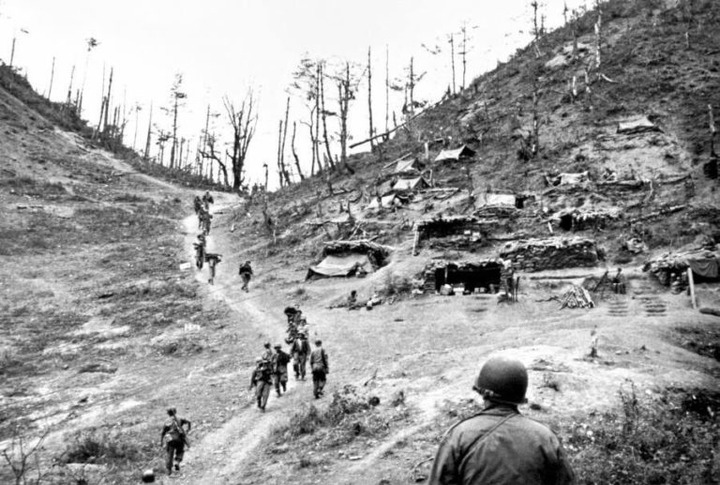 The troops fought valiantly up the steep slopes of Heartbreak Ridge, with many wounded and killed along the way. Those that did make it to the summit were driven back by the North Korean troops. This process would be repeated over and over, as the American and French infantry fought to gain control of the hill. The fighting on the hill devolved into some of the most vicious combat imaginable, mostly hand-to-hand and involved grenades, trench knives and even fist fighting. On September 17, 1951, Herbert and his platoon were assigned a mission to take over Hill 931, a prominent feature of Heartbreak Ridge. Capturing the area could be a turning of the tide for the fighting and Herbert was up to the challenge. Herbert and his platoon took to the ridge below the peak of Hill 931 and established a defensive line before the rest of the company arrived. Throughout the afternoon, his platoon was challenged by North Korean troops exploring the area, but they were able to fend them off over and over again. 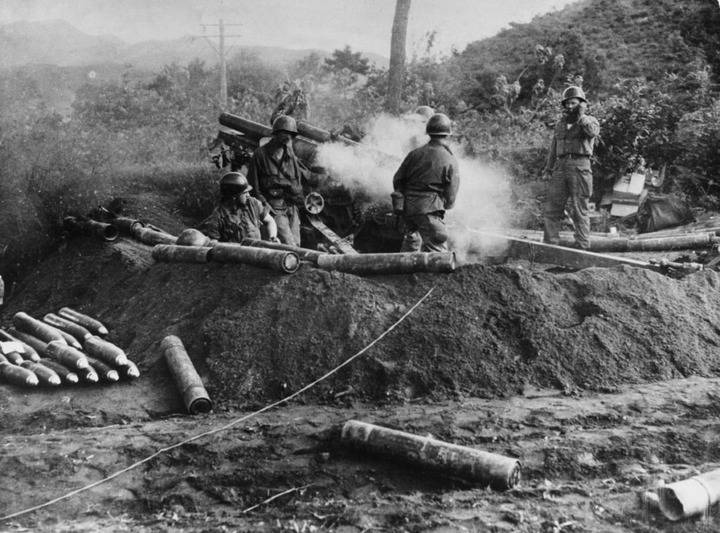 Unfortunately, things went south pretty quickly that night, and the North Koreans made a direct assault on Herbert’s platoon with two battalions. With little ammunition left and no way to fend off the North Korean’s artillery, the platoon decided it was in their best interest to retreat. Herbert was assigned to a squad that was given the command to cover his platoon’s retreat. Using his BAR, he unleashed an assault of ammo on the North Koreans until he ran out of bullets. Refusing to let his men go unprotected, Herbert unsheathed his trench knife and engaged with the North Korean troops in hand-to-hand combat. Unfortunately, Herbert’s fight would not be one he could win. As he continued to fight, he was eventually overwhelmed by the enemy troops and killed. Herbert’s platoon would return to the area the next day and reclaim their position on the ridge. There they found his lifeless body, among the corpses of over 40 North Korean enemy troops he had killed. Although he lost his life, his actions had saved the lives of those in his platoon. 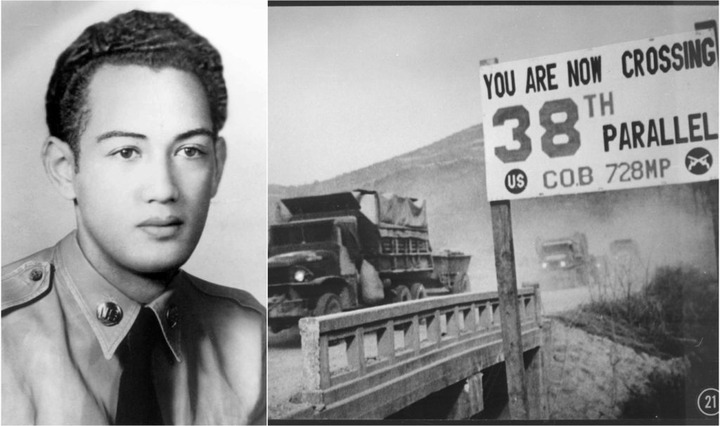 Thanks to his moment of courage and staring down the face of adversity, Herbert Pililaau would be awarded the Medal of Honor. He was the first Hawaiian to ever earn this honor and died at the young age of 22.  “His heroic devotion to duty, indomitable fighting spirit, and gallant self-sacrifice reflect the highest credit upon himself, the infantry, and the U.S. Army.”