Adewale Ademoyega: One Of The Men Who Led The First Military Coup In Nigeria

Adewale Ademoyega was one of the five mutinous Nigerian Army Majors who led the 1966 coup that ended the first democratic Nigerian government.

On 15 January 1966, a group of young, idealistic, army majors overthrew Nigeria's democratic government in a violent military coup. The coup exposed the vulnerability of the Nigerian state, and how simple it was to use soldiers to attack the government, rather than protect it.

Some senior military officers, including Major Kaduna Nzeogwu, his co-conspirators, Major Timothy Onwuatuewgu, Major Emmanuel Ifeajuna, Major Adewale Ademoyega and Major Chris Anuforo, among others, made attempts to overthrow the democratic government in place at the time, headed by Nnamdi Azikiwe as the President and Abubakar Balewa as the Prime Minister. 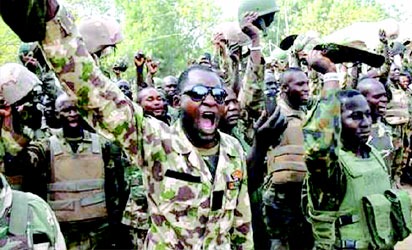 Ademoyega, from Ode Remo in today’s Ogun State, was 32 at the time the young Majors struck. Two days after the start of the coup, acting President Nwafor Orizu made a broadcast announcing that the cabinet was voluntarily transferring power to the armed forces, specifically General Johnson Aguiyi-Ironsi.

Content created and supplied by: Anike3 (via Opera News )