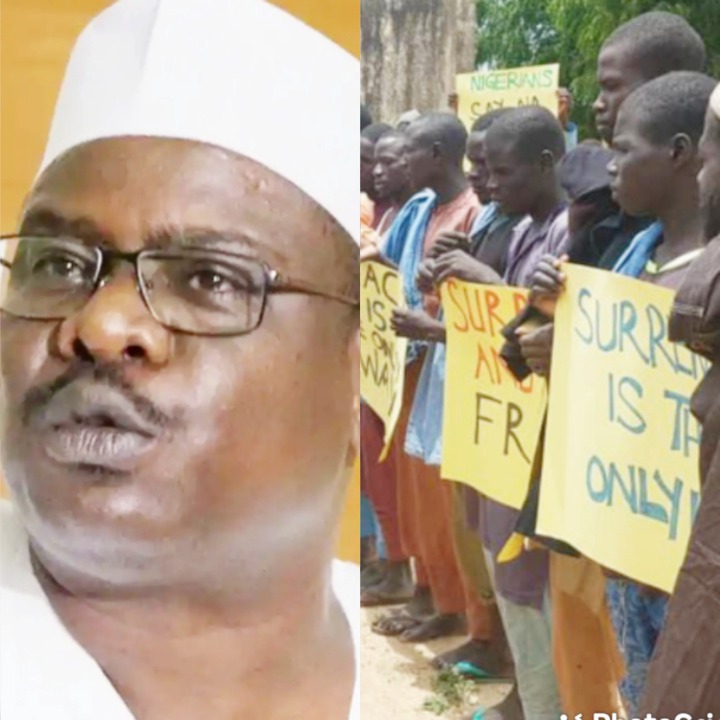 Recall that On Tuesday, 10th of August, 2021 TheCable reported that The Nigerian Army announced that some top Boko Haram commanders, and ISWAP members have surrendered to its troops in Operation Hadin Kai.

According to reports, the repentant fighters were 335, while their family members were 746 women and children, adding up to 1,081 persons.

The Nigerian Army also shared some photos of the repentant Boko Haram and ISWAP members while giving foodstuffs and clothes to them.

In the photo, Some of the Boko Haram fighters were seen carrying a placard with inscription; "Nigerians Please Forgive Us".

Check out the screenshot below: 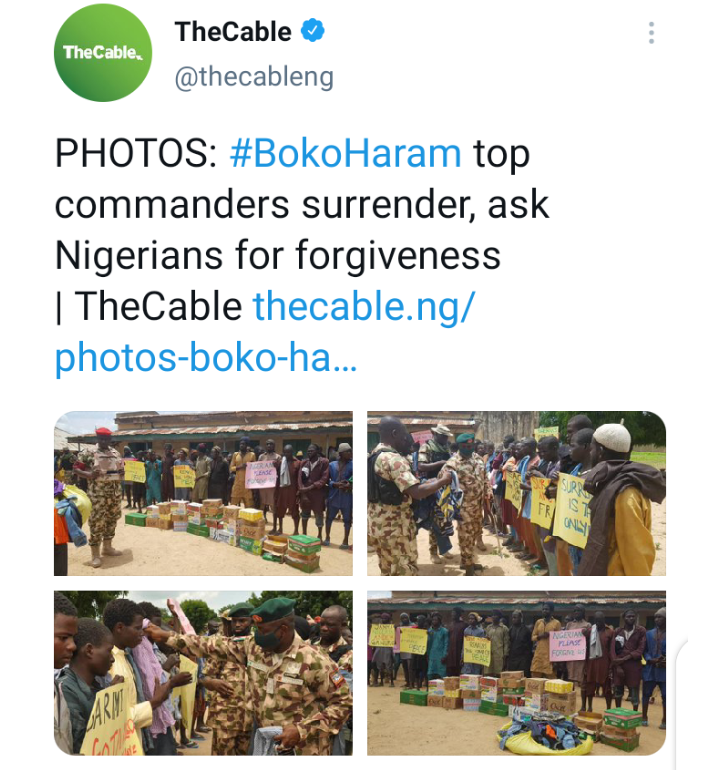 This development caused mixed reactions from Nigerians on social media.

On Friday, 13th of August, 2021 SaharaReporters reported that Senator Ndume representing Borno South Senatorial District has reacted to the report.

According to SaharaReporters, The Chairman of the Senate Committee on Army, Senator Ali Ndume, has said he does not agree that the surrendered Boko Haram terrorists should be given blanket amnesty or pampered by the Nigerian Army, adding that the repentant terrorists should not receive a pat on the back. 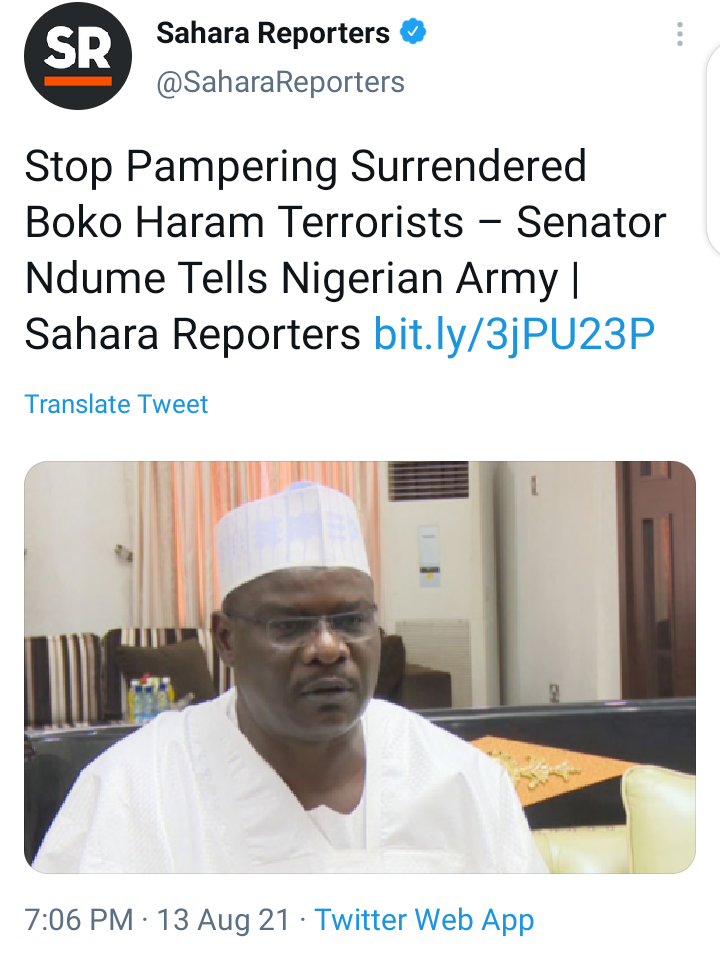 The Senator also explained that what needs to be done now is to ensure that the seemingly apologetic insurgents are carefully profiled without any rush to have them return to their communities, adding that the army should be more focused on ensuring that the Boko Haram war was brought to an end even faster than it had been projected in various quarters.