By CynthiaWirtes (self media writer) | 7 months ago 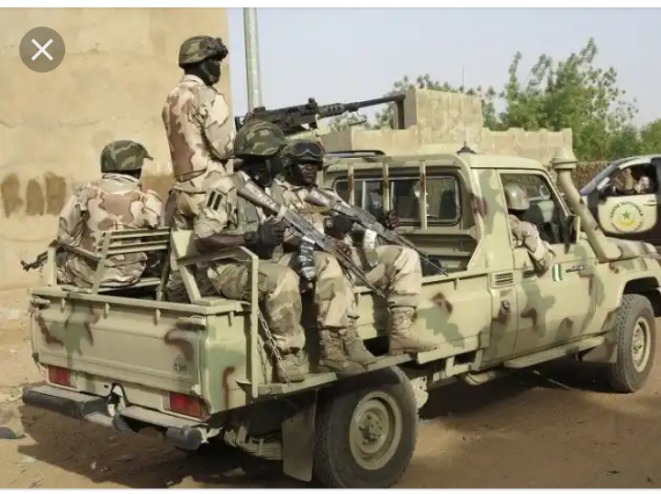 The rising spates attacks by unknown gunmen in Anambra caused the Federal Government to deploy some gallant troops to Anambra state and other states in the South East. This is to calm the town because of the upcoming governorship Anambra election on November 6. The unknown gunmen were making lives unbearable for people and also creating fear in the minds of people ahead of the elections.

According to a report on Naija News, three unknown gunmen were killed by the gallant troops of Sector 5 of Exercise Golden Dawn deployed to Anambra. The unknown gunmen with a Hilux and Hummer bus were followed and the troops successfully neutralized them at the Police checkpoint along Okija-Onitsha expressway on 7 October. Some of the unknown gunmen fled with gunshot wounds. Unfortunately, a policeman lost his life during the gun duel exchange between the Army and the unknown gunmen. The troops were able to recover one vehicle and 2 motorcycles while conducting further exploitation of the general area for the fleeing unknown gunmen.

The Chief of Army Staff, Brig. Onyema Nwachukwu while speaking to the newsmen stated that the troops engaged in a gun duel with the unknown gunmen with superior firepower which forced them to leave the scene. He commended the troops for the feat while urging them to sustain the momentum against all criminal elements