By relationship-Guru (self media writer) | 11 months ago

A fulani Herdsmen who had been identified as Likita Abubakar was arrested by the Joint Task Force of the men of the Nasarawa state police command and operatives of the Federal Road Safety Corps on Saturday. 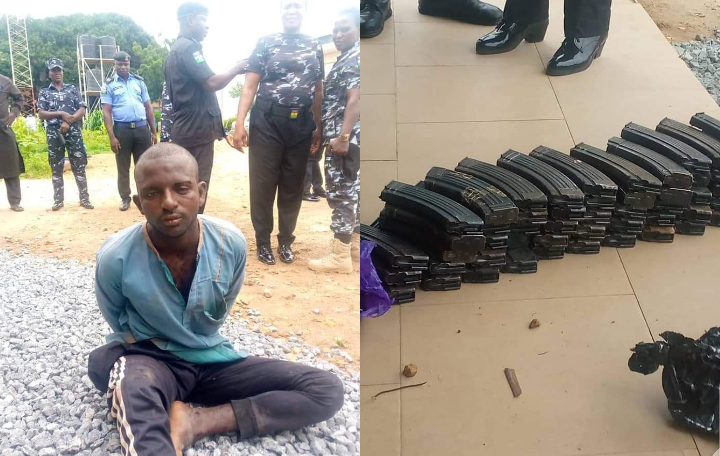 Likita was reportedly arrested in Akwanga local government area of Zamfara State while he was conveying 53 AK-47 magazines along with 260 live rounds of ammunition to Plateau state via a motorcycle.

When he was interrogated by the police, Likita confessed that other members of his gang numbering six were already on their way to Plateau state with their own consignments.

The fulani herdsman is currently in police custody at the Akwanga Police Divisional headquarters in Zamfara state.

Nevertheless, the confession of the herder must be taken seriously by the police. As we all know, Plateau state has been experiencing a lot of security breaches for a while now.

A lot of people have been killed by unknown gunmen; three women were reportedly killed in Bassa local government area of the state on Thursday.

If what Likita confessed during the interrogation is actually true and the other members of his gang eventually get to Plateau state with their ammunition, the state will be faced with more security challenges.

I am using this opportunity to call on all security operatives in Plateau state to be watchful, so that these criminals will not get to the state. To be forewarned is to be forearmed!!