By Dabliz (self media writer) | 6 months ago 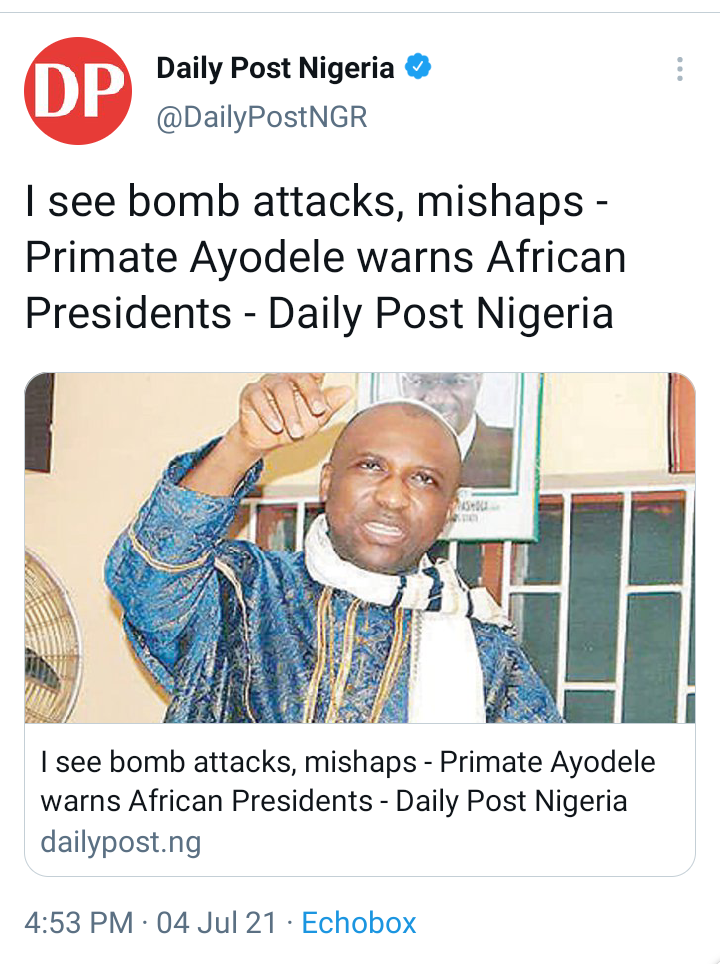 The Leader of INRI Evangelical Spiritual Church, Primate Elijah Ayodele on Sunday released a series of warnings to some African countries and their presidents.

Primate Ayodele warned some African presidents to be careful with their healths, bomb attacks and mishaps in their countries.

He warned the Cameroun President, Paul Biya to be prayerful saying he saw that he “slumped” due to health issues. 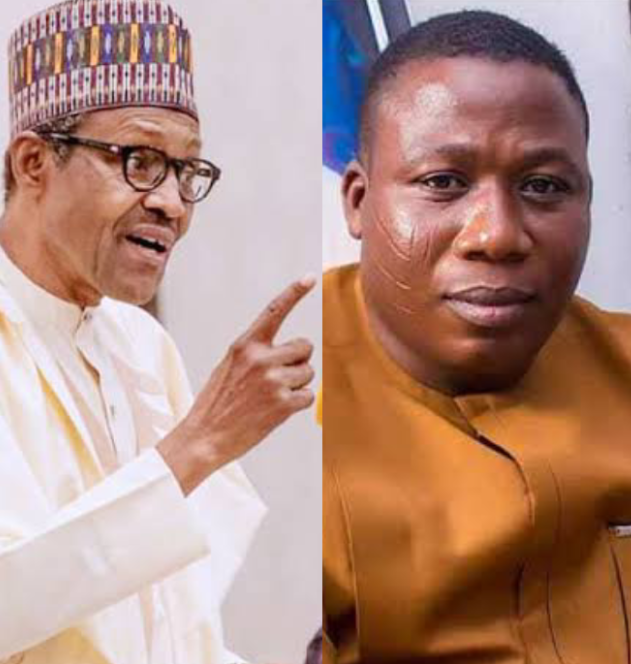 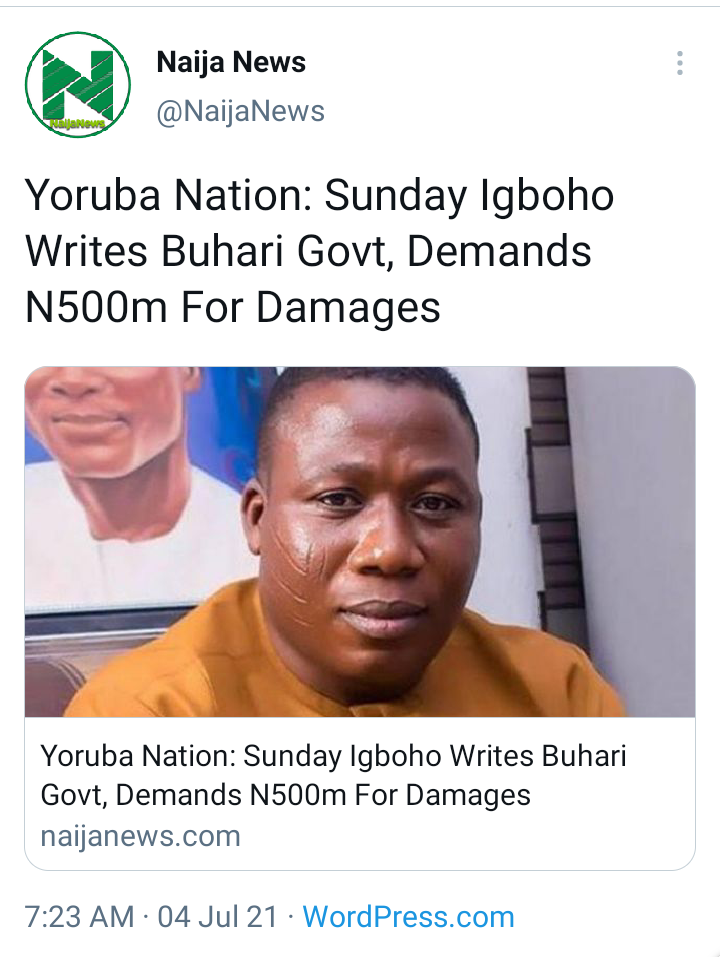 The lawyer to Yoruba activist, Sunday Igboho, Yomi Aliyu, has forwarded a letter to the Federal Government demanding N500m following the invasion of Igboho’s residence by personnel of the Department of State Services, DSS.

Recall that operatives DSS stormed the residence of Igboho, killing at two of his allies and abducting his wife and many others.

Igboho in a letter released through his lawyer demanded N500m as reparation. 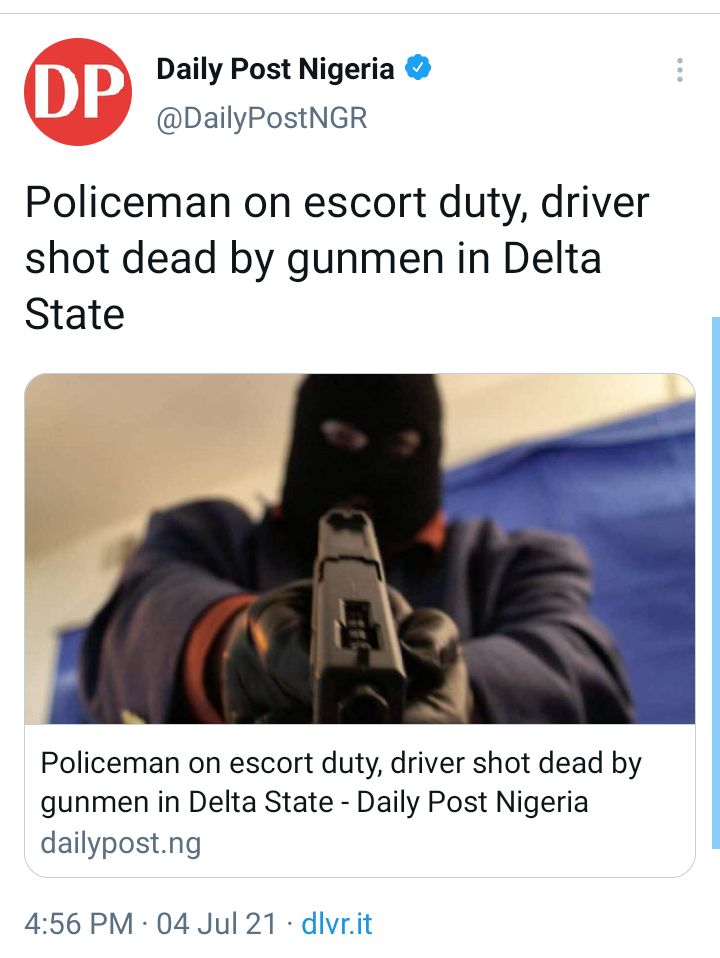 Gunmen on Sunday shot dead a Policeman on escort duty and a driver at Airport Junction in Effurun, Uvwie Local Government Area of Delta State.

The deceaseds’ were said to who accompanied the wife of Michael Johnny to church when the gunmen accosted them.

It was gathered that the assailants did not take away anything from their victims, not even their service rifles 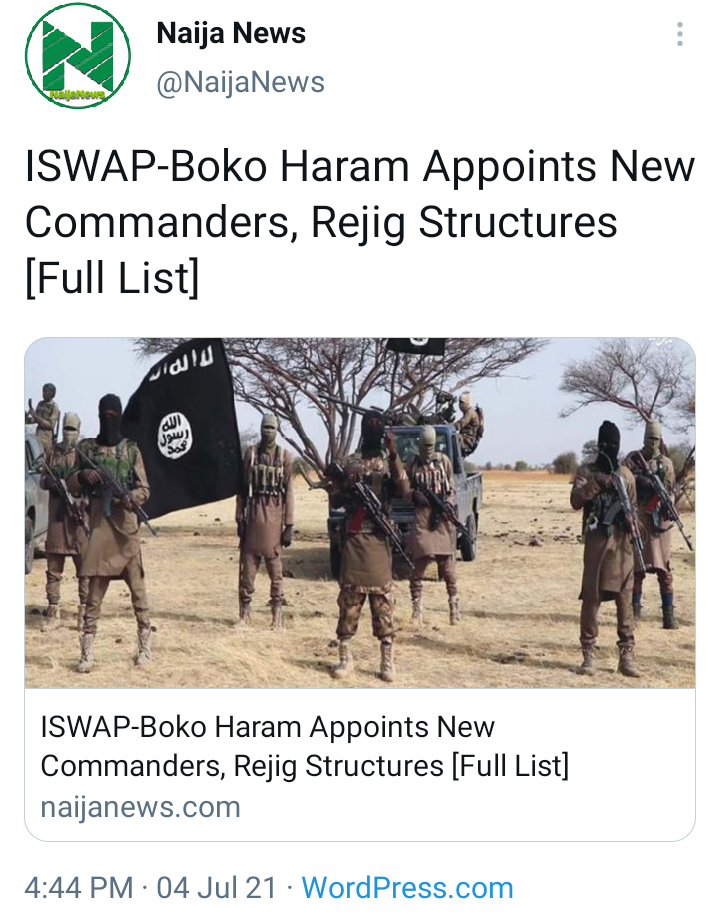 The Abu Mus’ab Al-Barnawiy-led Interim Council of the ISWAP-Boko Haram terrorists’ group has reshuffled the leadership and structures of the extremist sect.

It was gathered that the restructuring which was directed by ISIS Headquarters became necessary after the killing of some commanders by the Nigeria militray.

Abbah Gana (aka Ba-Lawan) is reappointed as the new Leader of ISWAP, six months after his removal by the ISWAP Shura Council for losing the confidence of most of his loyalists and top commanders. 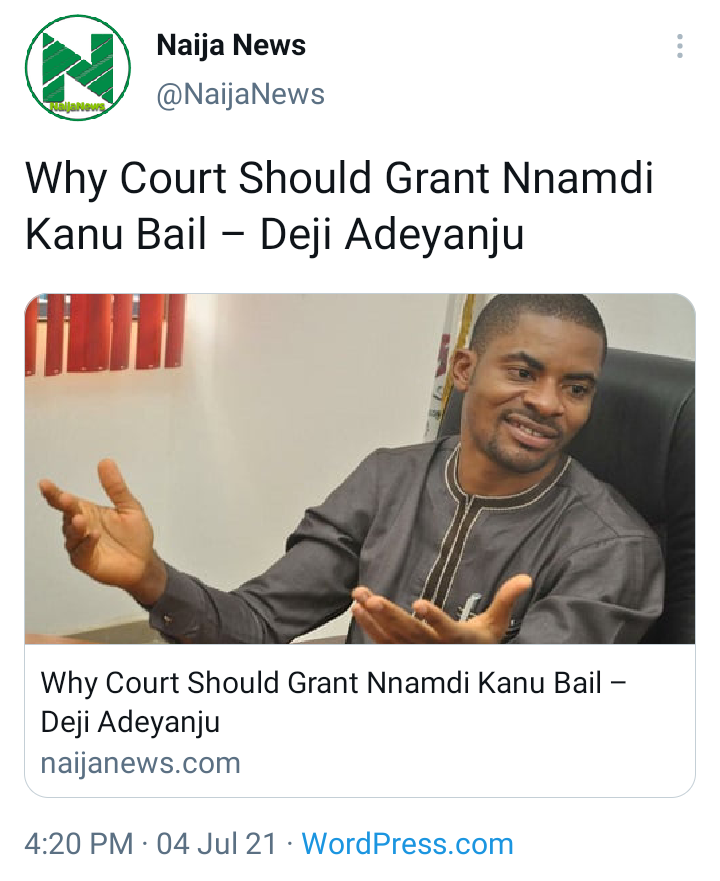 The convener of Concerned Nigeria, Deji Adeyanju, has said the leader of the Indigenous People of Biafra (IPOB), Nnamdi Kanu, should be granted bail.

"Naija News" reports that the Abuja-based rights activist stated this in a post on his Twitter page.

According to Adeyanju, the court can restrict the IPOB leader to Abuja after releasing him on bail.