How is it possible for military drones to fly for many hours without refueling?

This is a Predator drone, MQ-1. 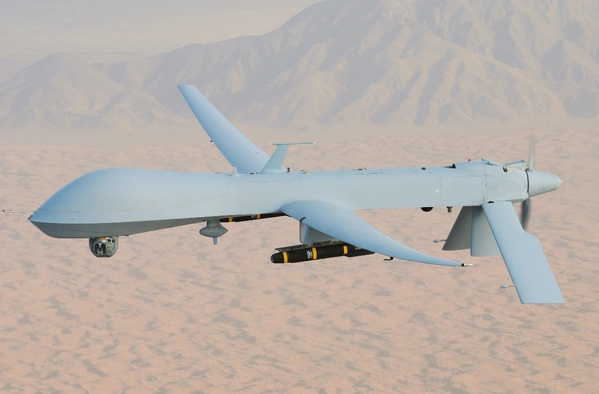 It weighs 500kg empty, has a 105 horsepower rotax engine, 55 feet wingspan and a top speed of 270 kph. Its longest recorded flight was 40 hours 5 minutes, probably by flying very slow and using its big wings to assist like a glider would. Fully loaded with weapons this drone only has a range of 1200km though. So in recon mode it has a camera and nothing else, and can fly for many hours. In attack mode with a few heavy hellfires it would be done after 6 hours. It's so small it fits in a transport box. 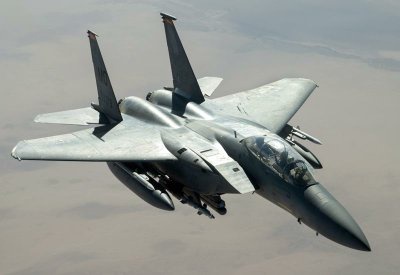 So an F-15E could fly longer than a Predator. But it doesn't need to. It has a different role. It comes in fast, unloads hell on whatever needs killing that day, and leaves again. A Predator comes in slow to not be detected and shot down, and usually kills one specific target, maybe a single person or one vehicle. That's it.

But then there's the Global Hawk drone. It's called that for a reason. 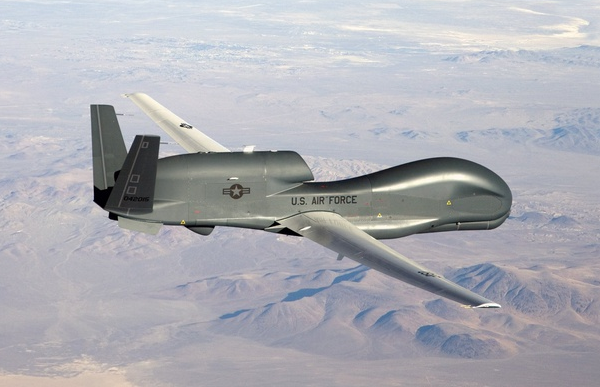 It's basically a massive cruise missile. It has a range of 22,750 km. Half the world. And with a cruising speed of 500kph it can stay in the air for nearly 2 days. It does recon. It doesn't carry weapons.

So it really depends on what you're looking at. An F-15E has longer range than a small drone that literally fits in a box, while a drone nearly the same size can go halfway around the world.

You build things for a special purpose. Sometimes the purpose is to fly for days to take photos, other times it's to kill things with heavy weapons.