Ban On The Sale Of Arms To Nigeria By The United States Congress, The Way Forward

By linknaija (self media writer) | 5 months ago 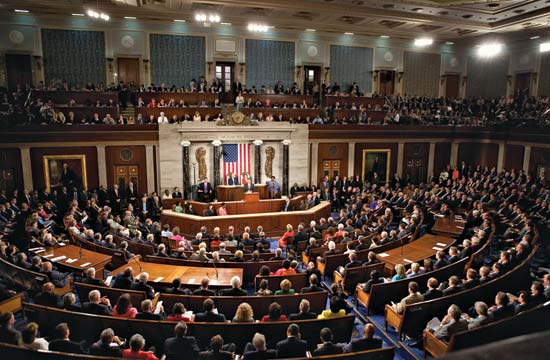 U.S. lawmakers have imposed a restriction on the proposed sale of helicopter gunships to Nigeria, citing broad concern over the country's human rights record, as well as the regime's "slide toward authoritarianism." A retired Major-General Muhammadu Buhari (ret.) serves as the regime's supreme leader. In response to media reports, members of the Senate Foreign Relations Committee have delayed approval of the sale of 12 AH-1 Cobra attack helicopters and accompanying defense systems to the Nigerian military because they are concerned that the equipment will be used against civilians, according to the reports. As a result, the $875 million transaction was put on hold while it was still in the works.

Senator Bob Menendez, a Democrat who chairs the Senate Foreign Relations Committee, and Republican Senator Jim Risch, who also serves on the committee, are thought to be the primary forces behind the pause in operations.

As a result of the country's history, human rights organizations such as Amnesty International and Human Rights Watch have accused the Nigerian government of flagrant abuses of its citizens' democratic rights, as well as extrajudicial executions of political opponents and human rights violations by the military. As proven by the deadly shooting of unarmed protestors at the Lekki toll plaza in Lagos, which was captured on video by a security camera, the government responded with harsh force during nationwide protests against police brutality last October, designated # EndSARS. According to an AI study issued in March 2011, an estimated 1,200 people were killed extrajudicially, and roughly 7,000 young men and boys perished while being kept in military custody as a result of torture, with the majority of the deaths occurring during detention. The Defense Intelligence Agency claims that military commanders either sanctioned the acts or decided to overlook the fact that they were taking place.

According to a recent study by the same group, Nigerian security forces have been accused of committing "a list of human rights breaches and crimes under international law in their response to mounting violence in South-East Nigeria since January." Over 115 people died between March and June as a result of the "repressive campaign," which was characterized by widespread mass arrests, excessive and unlawful force, torture and other ill-treatment. The majority of those who died were members of the proscribed Indigenous People of Biafra/Eastern Security Network, which was targeted by the government. This campaign was motivated by a series of attacks on government infrastructure, including prisons and public buildings, as well as the killing of numerous police officers by shooters alleged to be ESN militants. The campaign was ostensibly carried out in retaliation for these attacks.

According to sources, Nigerian authorities dismissed the accusations, accusing the human rights organization of following "an objective to weaken the army's will to battle terrorism" in the country, as they have in the past. Nigeria has been confronted with a number of security concerns in recent years. In Nigeria's North-Eastern region, Boko Haram has been fighting a jihadist insurgency for more than a decade, according to the United Nations. The North-Central and Southern regions are also plagued by Fulani herdsmen attacks on farming communities; in the North-West and South-East, robberies, abductions of schools, and separatist agitations are all on the rise. It has relied on the procurement of weaponry and military aid from the United States and other countries in order to deal with these hydra-headed difficulties.

Human rights activists and others have made strident calls for the United States to halt major defence sales to Nigeria "until it conducts a more comprehensive assessment of the extent to which corruption and mismanagement impede the Nigerian military, and whether the military is doing enough to minimize civilian casualties in its campaign against Boko Haram and other violent insurgents."

"We have no confidence in the Nigerians' ability to use them in a manner that complies with the laws of war and does not result in disproportionate harm to civilians, nor do we have confidence in the ability of the United States government to monitor if that occurs," Tim Rieser, the top aide to Senator Patrick Leahy, who wrote the law barring American aid to foreign military units accused of abuses, said, according to the Times of London. In a few words, you can convey a great deal.

This week, the Nigerian Indigenous National Alliance for Self-determination (NINASD), a socio-political organization in the United States and other Western countries, petitioned for the imposition of severe sanctions against President Muhammadu Buhari's Federal Government for "undermining democracy and continuously abusing human rights," according to the organization.

Following the precedent set in the past, Nigeria should desist from consistently dismissing every critical inquest into the disproportionate use of force against people by the country's security services. The federal government should devise a process for periodically assessing the rules of engagement for the military during counter-terrorism and other domestic security operations, rather than just dismissing allegations of human rights violations out of hand. In addition, the quick establishment of a framework for holding soldiers and military commanders accountable for human rights crimes should be prioritized over all others. Commanding officers who are also held accountable for the actions of individuals under their leadership will ensure that sanity prevails.

Nigeria must act fast to eliminate the culture of abuse, impunity, and corruption that is required in a democracy, as well as obtain the approval of foreign countries by enforcing the requirements for weapons sales prescribed by their separate laws in order to handle its security concerns. According to the Pentagon, an increase in the use of technology to monitor the battlefield, a tightening of the chain of command, and a greater emphasis on the media will all contribute to improving the military's observance of both standing rules of engagement and wartime rules of engagement.