Who are the Taliban? And how did they Rise to Power? Here is What you Need to Know.

By Infosavvy (self media writer) | 10 months ago

The Taliban has been around since 1994 as one of the prominent factions in Afghanistan and Afagan Civil, the sect mainly consist of Students (Talib) from the Phasun area of eastern and western Afghanistan who has been educated in traditional Islamic schools and fought during Soviet-Afagan war.

However, with time the Talibans were pushed out and removed from power in Afghanistan by US-led Forces in 2001, but the group has sized control of the country once again following a rapid offensive.

Taliban which literally means "Children of Islam" or "seekers of Knowledge" have been part of the Kandahar Quran belt for centuries, they were teachers dispute meditators, and comforter of the dying. According to records, the first military activity of the Talibans was in 1994, when they marched from maiwand in Southern Afghanistan to capture Kandahar city and its surrounding Province, losing only a few dozen men in the conquest. 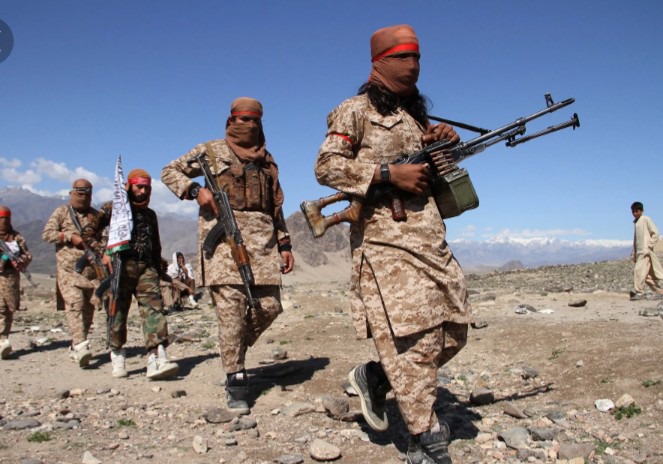 Previously, the US occupation military evacuated Afghanistan which led to the capture of the capital city Kabul by the Talibans. The islamist Radicals gained control of the city immediately American soldiers left Kabul provience.

The group entered direct talks with the US

back in 2018, and by February 2020 the two sides struck a peace deal that made the the U.S. to withdraw from some province and the talibans to preventing attacks on the U.S. forces. Other promises include not allowing Al-Qeda or other militants to operate in areas it controlled and proceeding with National peace talk.

Regardless, the Taliban continued to Target afagan security forces and civilians, advancing rapidly across the country.

How did the Taliban Rise to power ?

The United States and the Taliban signed a peace treaty in Doha, Qatar, officially tilted the agreement of bringing peace to Afghanistan. The provision of the deal include the withdrawal of all American and NATO forces from Afghanistan, also Taliban pledged to prevent Al-Qaeda from operating in area under Taliban Control.

The United States agreed to the reduction of its intial force from 13,000 to 8,600 by July 2020. In September 2020, over 5000 Taliban prisoners, including 400 whom were accused of major crimes including murder were released by the Afagan government as part of the Doha Agreement between the United States and the Taliban.

However, many of the released Talibans returned to the battlefield and strengthened the Taliban forces.

In 2021 President Biden discontinued the stay of U.S. support for Kabul, even while Afghanistan manpower continue to rely on the U.S. manpower and Support. The Biden Adminstration announced in April 2021 that it would continue the withdrawal beyond the initial deadline, with an expected completion date by 11 September 2021, on 8th July Biden shifted the U.S, withdrawal deadline to 31 August, by 1st of May, the Taliban began a widespread offensive with its allied militant groups as America withdrew its forces out of the country. Following the intial defeat the Afagan military was left in chaos and only two units remained operational by mid-august. The capital city was left encircled after Taliban Captured Mihartarlam, Sharana, Gardaz, Asadabad, and other cities. The capital city Kabul fell to Taliban on 15 August 2021. The capture took place hours after president Ashraf Ghani fled the country.