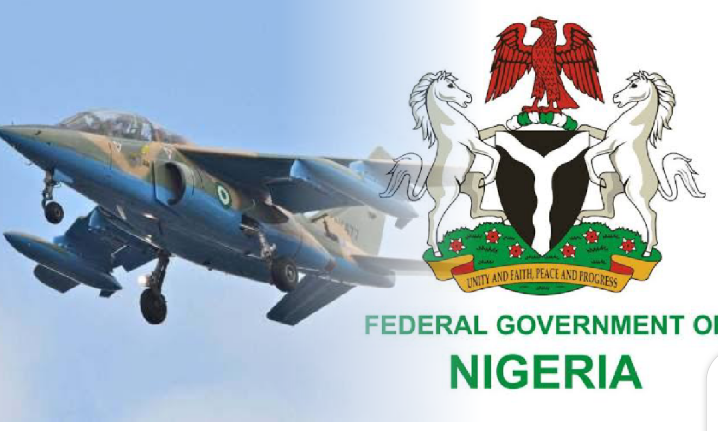 Many terrorists were killed as Nigerian Air Force, NAF, pilots rained bombs and rockets from three fighter jets on 20 boats ferrying Boko Haram/ISWAP terrorists for meeting on islands and localities around the Lake Chad, Borno State.

NAF spokesperson, Air Commodore Edward Gabkwet, revealed this in a statement on Saturday. 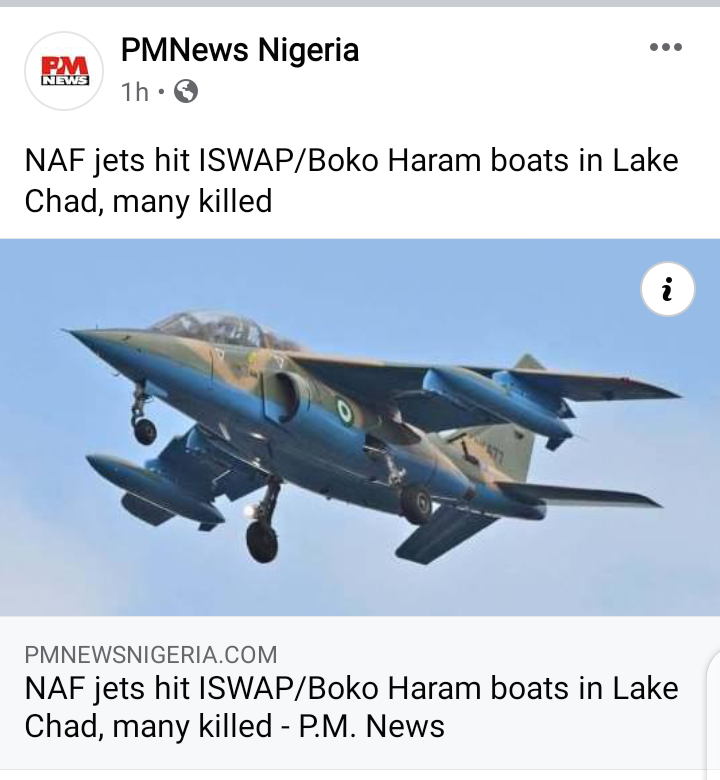 According to him, three NAF aircraft under Operation Hadin Kai were scrambled to carry out the strikes following receipt of credible Intelligence on 20 October that about 20 boats with suspected Boko Haram /ISWAP terrorists were converging for a meeting on an Island in the Tumbuns on the Lake Chad and at Malam Fatori area of Borno State.

“Reaching overhead the targets, the pilots observed a gathering of about 20 boats consisting of 5-7 suspected terrorists in each boat.

The Federal Government has urged the inmates who escaped after gunmen invaded Abolongo Custodial Centre in Oyo State on Friday to turn themselves in.

Sola Fasure, the Media Adviser to the Minister of Interior, Rauf Aregbesola, disclosed this in a statement titled ‘Armed Attack On Abolongo Custodial Centre.’ 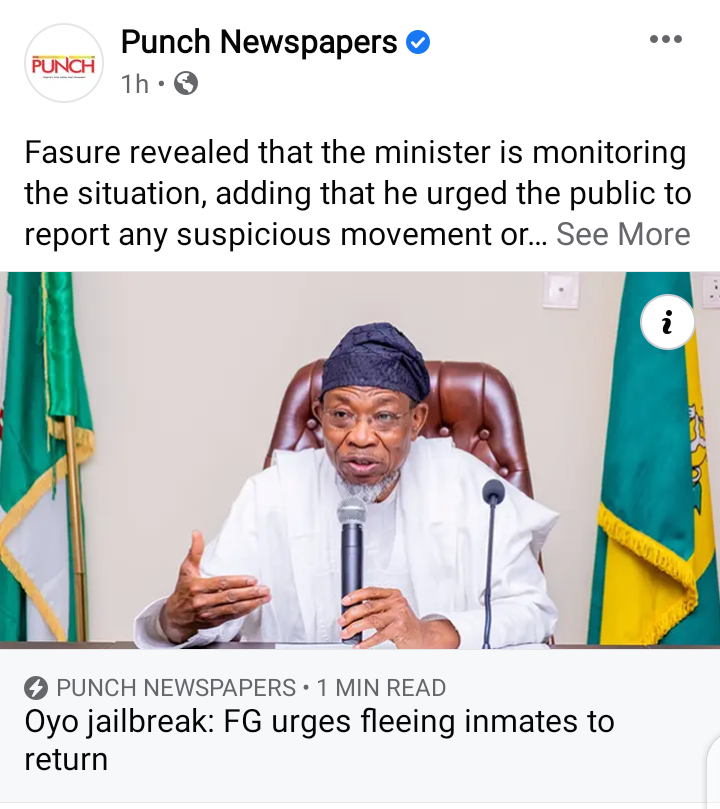 Fasure revealed that the Minister is monitoring the situation, adding that he urged the public to report any suspicious movement or sign of the escaped inmates and the gunmen.

This is as he revealed that some inmates have been captured while some returned voluntarily.

Governor Babagana Umara Zulum who is the Chairman of the Northeast Governors’ Forum, alongside Governor Inuwa Yahaya of Gombe State, were in Sokoto, for condolence and solidarity visit to Governor Aminu Waziri Tambuwal over a recent attack on Goronyo market by bandits, which left about 40 dead.

This was contained in a press statement signed by governor Zulum’s Spokesman, Mallam Isa Gusau which was made available to our Correspondent in Maiduguri on Saturday. 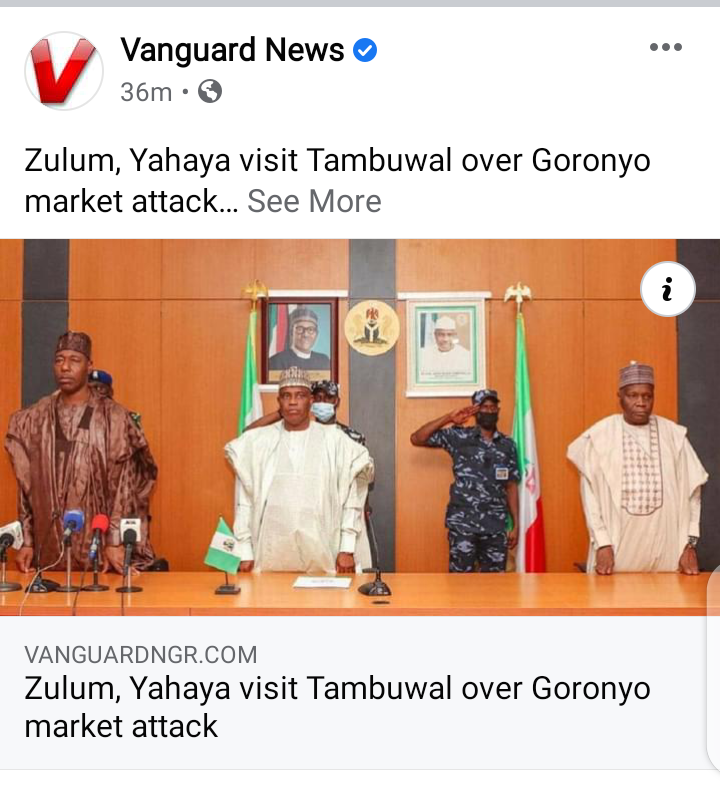 Zulum led the visit on behalf of the Northeast Governors Forum, and donated N20m as solidarity humanitarian support.

Speaking to Tambuwal during the visit, Zulum “said the Northeast Governors share the grief of families affected by the attack hence the delegation, to register condolence and express solidarity.”

The Nigeria Correctional Service (NCS) says 262 inmates from the 837 that escaped from the Abolongo Correctional Centre in Oyo town have been recaptured.

Spokesperson of the NCS Oyo command, Olanrewaju Anjorin, in a statement on Saturday in Ibadan, said while 262 escaped inmates had been recaptured, 575 were still at large. 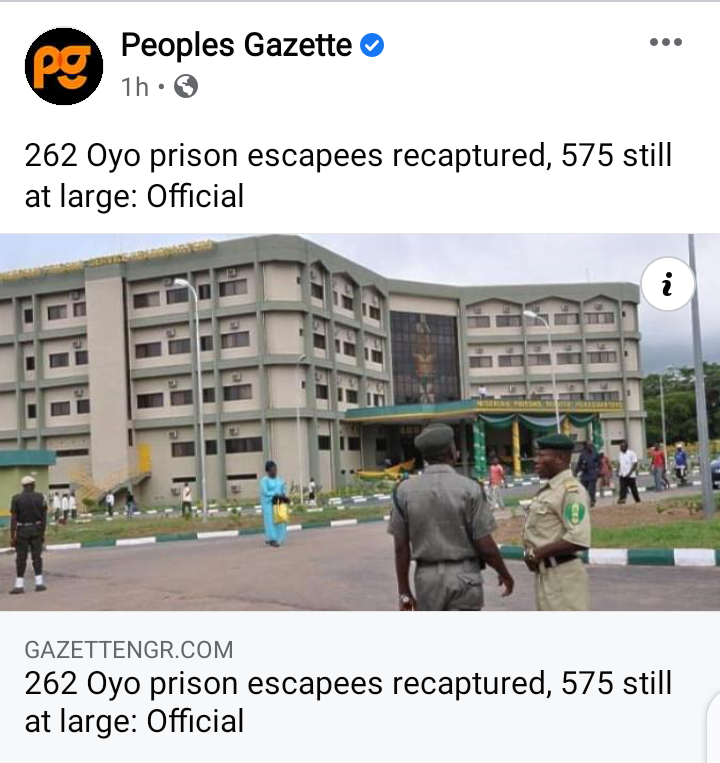 It was reported that suspected gunmen invaded the facility on Friday at about 9.30 p.m., blowing up the facility with dynamite and freeing all 837 awaiting trial inmates.

Mr Anjorin said, “All the awaiting trial detainees were forced out of custody, the cells housing the convicts and the female inmates were not vandalised.