By Oluwapolycarp (self media writer) | 7 months ago

According to the report from Deji Adesogan, a military and security affairs expert popularly known as Uncle Deji, it was gathered that the Nigerian Navy is making plans to replace flagship warship code named NNS ARADU in which he described as the greatest Naval vessel in the history of Nigeria.

Deji, who is known for always using his tweet to update Nigerians on social media about the Nigerian troops continued fight against insurgency in the Northern trenches, Pointed out that the vessel had took part in ECOMOG operation. Adding that it also took part in the "International Fleet Reviews in 2005 (UK), 2007 (Brazil), 2013 (Australia)." 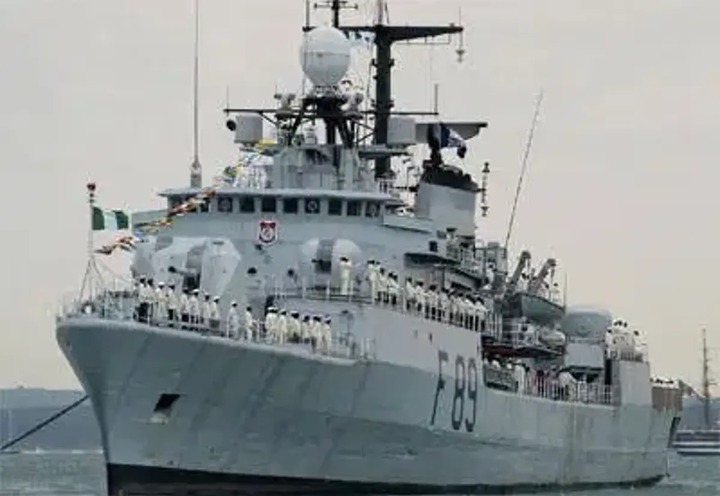 He further revealed that the vessel was ordered during the military government of former head of state and former first democratically elected President, General Olusegun Obasanjo (Rtd) in 1977/78 and later on was delivered under Shagari's government in 1981/82. 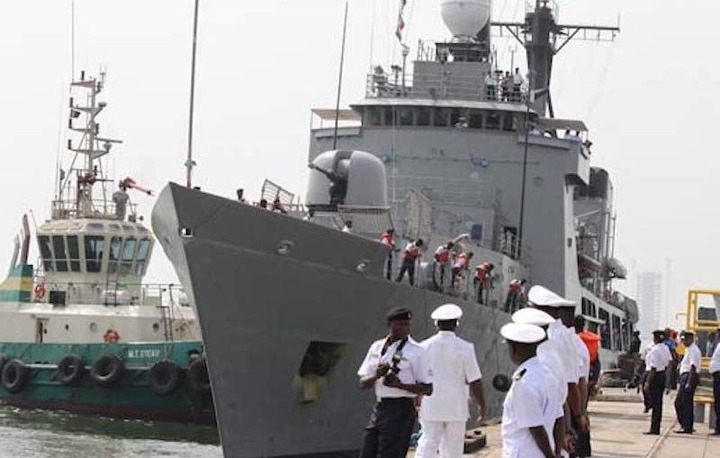 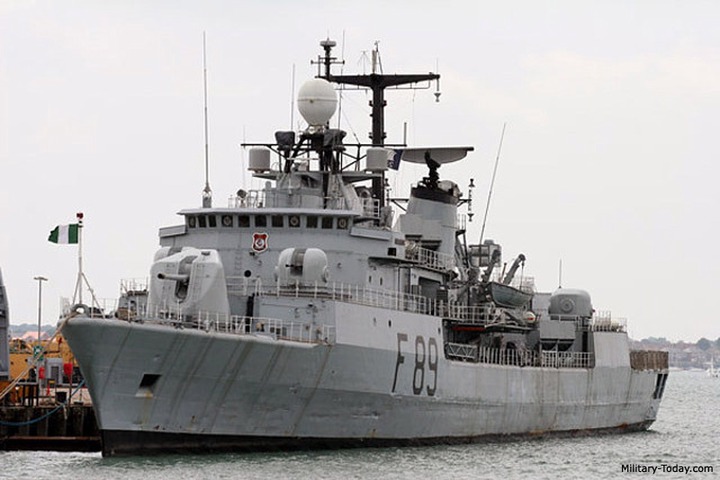 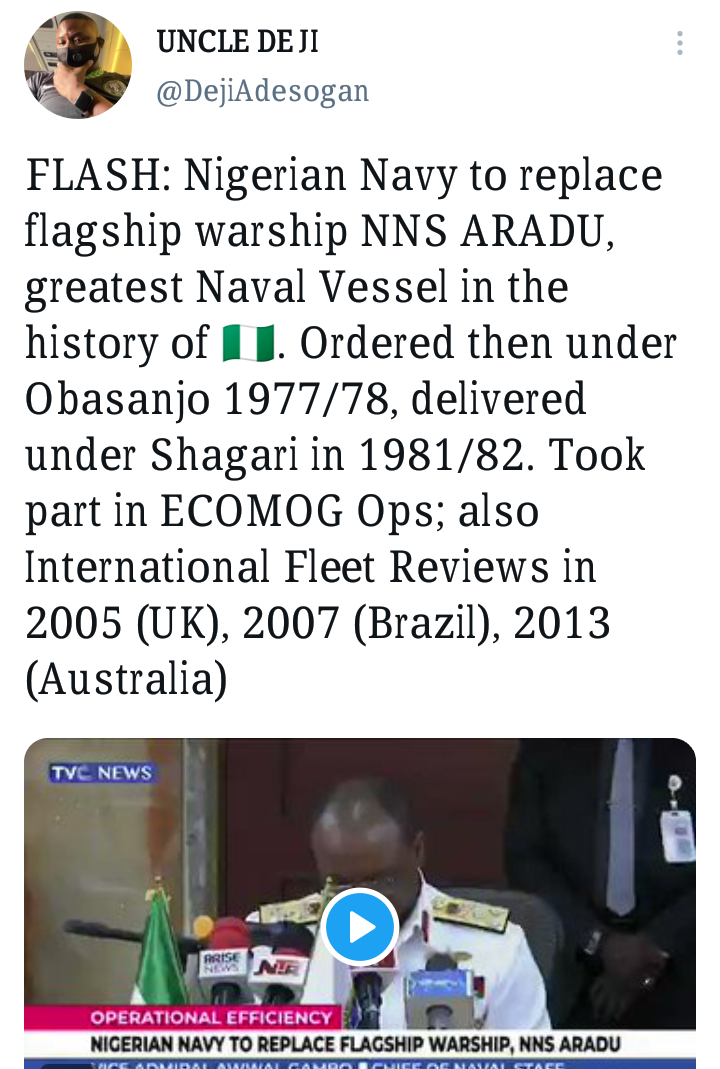 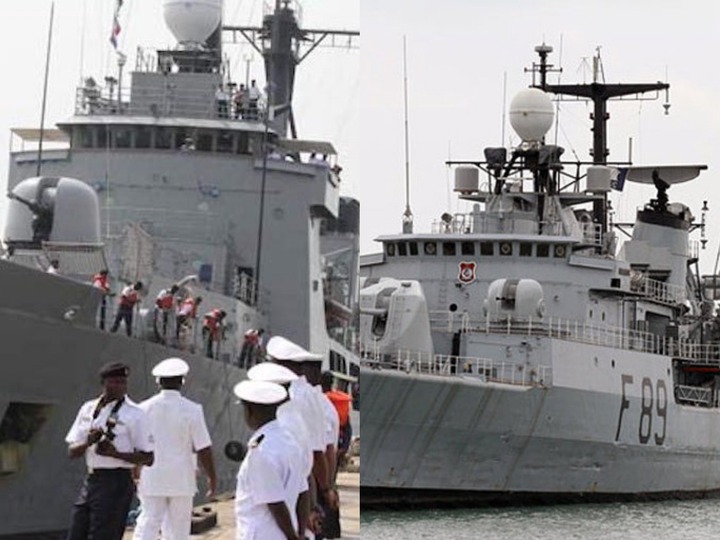