Soldier Boy: The Story of the Six-Year-Old Boy Who Reportedly Fought in World War II. (Photos)

By GOODWORLD (self media writer) | 1 month ago

The Second World War is one of the most deadly wars in history; it really affected the lives of many. With the introduction of deadly modern weapons by the Germans, the effort of the military wasn't enough to keep the people safe, the people whether old or young had to take arms to protect themselves and their families.

In this article, you will get to know the story of a brave young boy named Sergei Aleshkov who is the youngest soldier of the Second World War.

Sergei Aleshkov was a Russian who witnesses the Second World War.

In 1942, his mother and siblings were killed by German soldiers in the village of Gryn, Kaluga region, Russia.

Scared Sergei ran into the woods to hide from the Germans.

He was rescued by a reconnaissance group of the 142nd Guards Rifle Regiment of Russia. The soldiers took him to their camp and cared for him. The Russian soldiers as well as their commander, Mikhail Vorobyov were fun of young Sergei who was very smart and interactive, the regiment decided to keep him.

Over time commander Mikhail Vorobyov who took Sergei as his own son officially adopted him.

Photos of Sergei and the commander below; 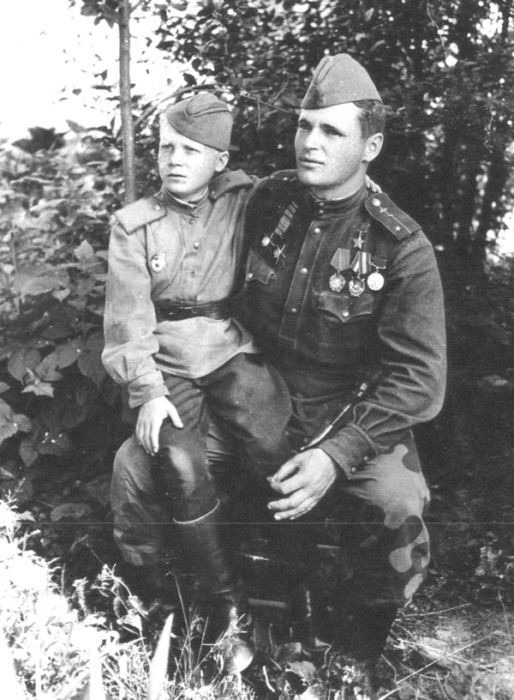 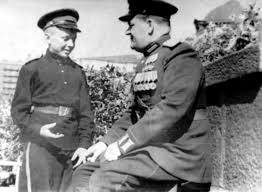 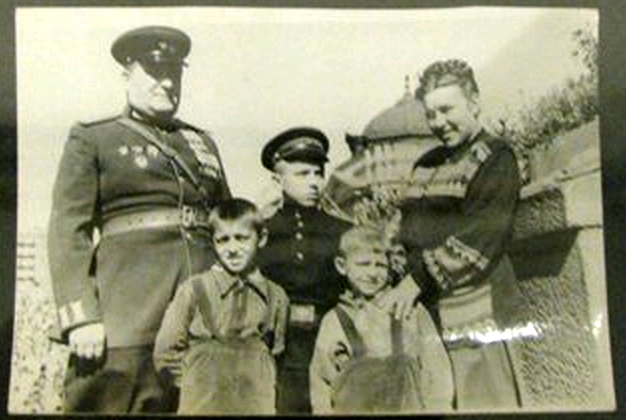 Sergei, who was inspired by his stay with the soldiers, decided to be like them and was jokingly giving a military uniform.

Photos of Sergei below; 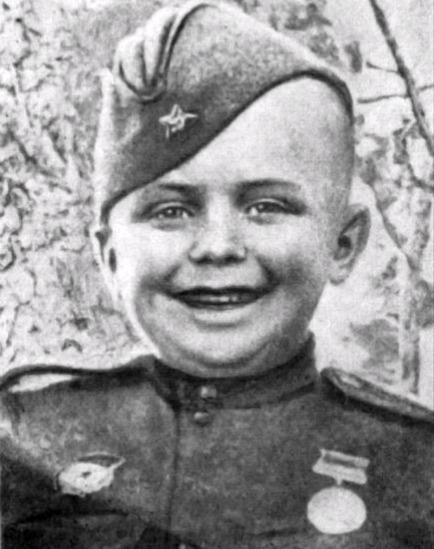 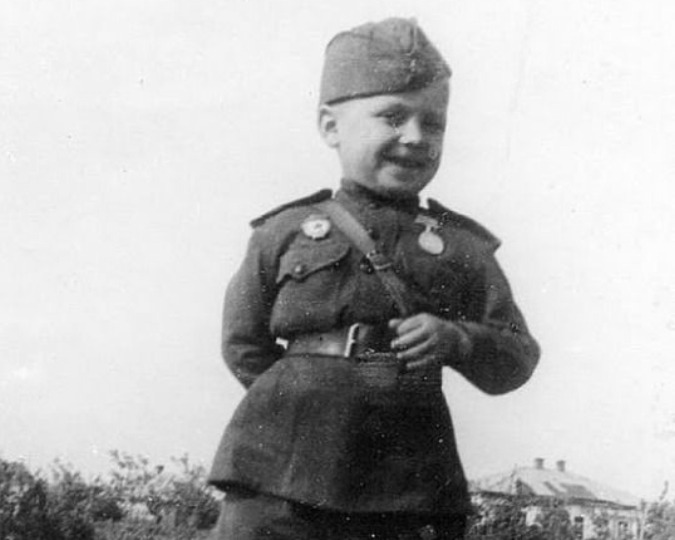 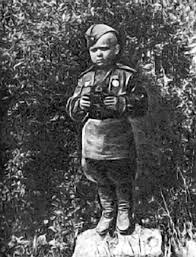 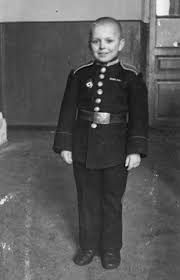 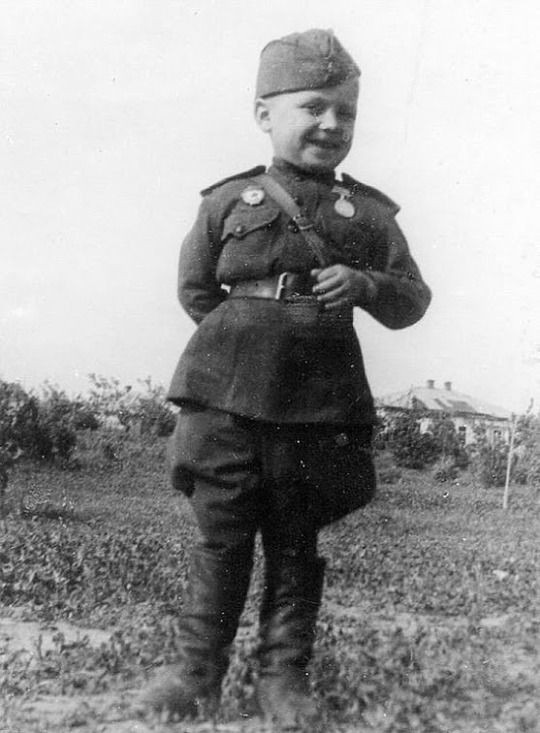 Unfortunately, their camp was attacked by the Germans and many soldiers were injured, Sergei, who was eager to help, prove himself useful by giving drugs to the injured soldiers and also bringing ammunition for their weapons.

Impressed by his bravery, the Russian soldiers nicknamed him "the soldier boy", they also gave him his first job of delivering letters and newspapers to subunits. Sergei also frequently ran to the headquarters to ask for more commands.

Young Sergei was promoted to the rank of a Junior Lieutenant.

Sergei's career with the reconnaissance group of the 142nd Guards Rifle Regiment of Russia ended in Poland when General Vasily Chuikov, commander of the 62nd Army, instructed that the boy should be sent to a military school.

Sergei did not continue his military ambition; he studied and obtained a degree in law.

Sadly, he died of a heart attack when he was 54.

In 2019, a Russian movie titled 'Soldier Boy' was made to honor Sergei.

Even though Sergei died decades ago, his courage and sacrifice during the Second World War will never be forgotten.