The Defence headquarters, Thursday, said 13, 243 Boko Haram terrorists and their families have so far surrendered to troops of Operation Hadin Kai with a view to escaping the combined air and land assault of their hideouts and enclaves in the Sambisa forest and Lake Chad fringes. 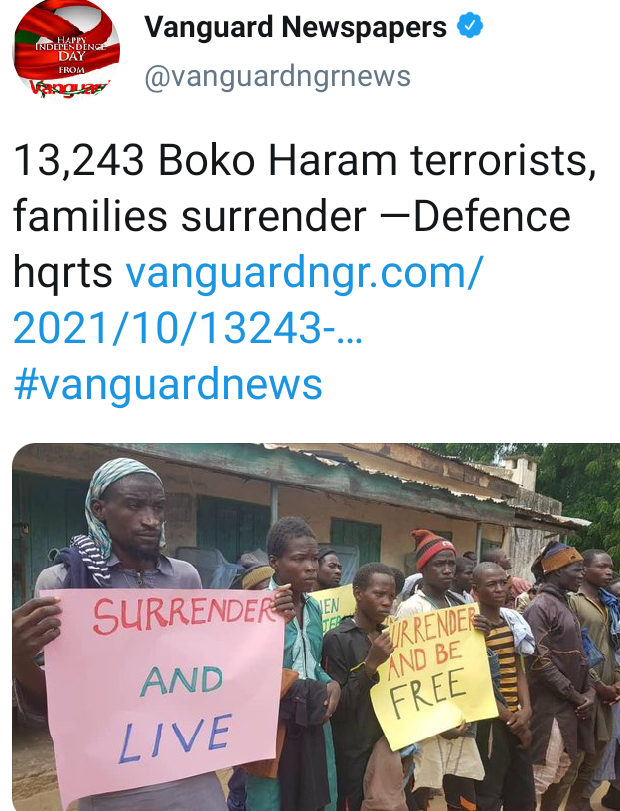 It also said that troops of Operation Delta Safe, fighting economic saboteurs and oil theft in the Niger Delta discovered and deactivated 51 illegal refining sites, while 23 oil bunkerers were arrested within the last two weeks. 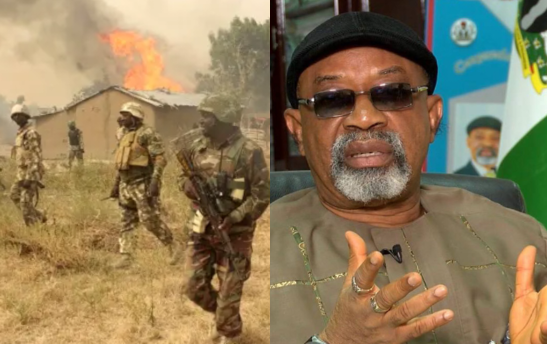 Minister of Labour and Employment, Sen. Chris Ngige, has reiterated the Federal Government’s commitment to revamp the educational system in the country. 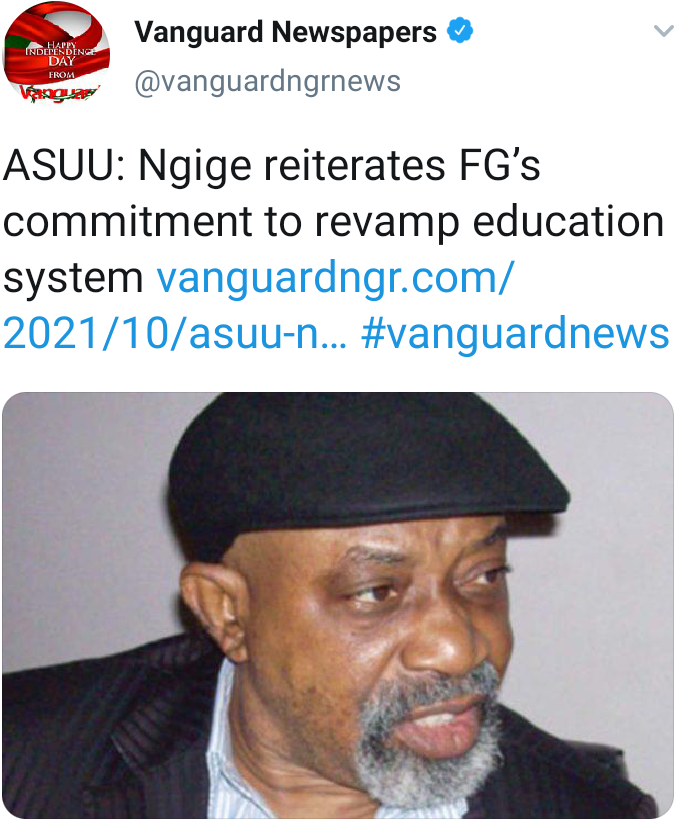 Ngige said this during the reconvened meeting between the leadership of the Academic Staff Union of Universities, (ASSU) and the federal government on Thursday in Abuja.

He assured the union that the federal government would not abandon the public universities in spite dwindling resources.

United States President Joe Biden on Thursday announced the donation of 17 million doses of the Johnson & Johnson vaccine to the African Union. 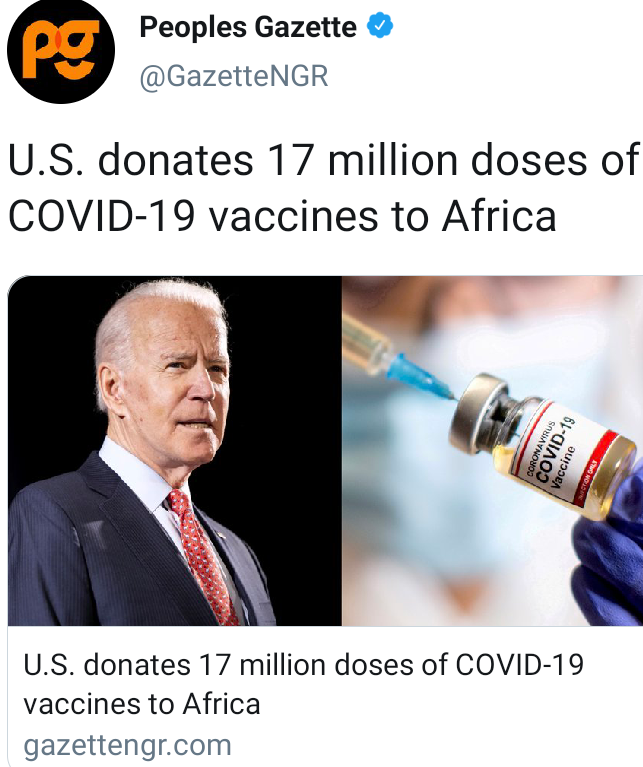 “I am proud to announce today that we’re making an additional historic one time donation of 17 more million doses of J&J vaccine to the AU and we’re going to be sending some more by the end of the year, to Kenya,” Mr Biden was quoted by The Hill.

Local U.S. media reports that Mr Biden made the announcement at a meeting with President Uhuru Kenyatta of Kenya.

The Kwara State Police Command, on Friday, confirmed the abduction of five persons on transit from Osi to Obbo Aiyegunle in Kwara South Senatorial District of the state. 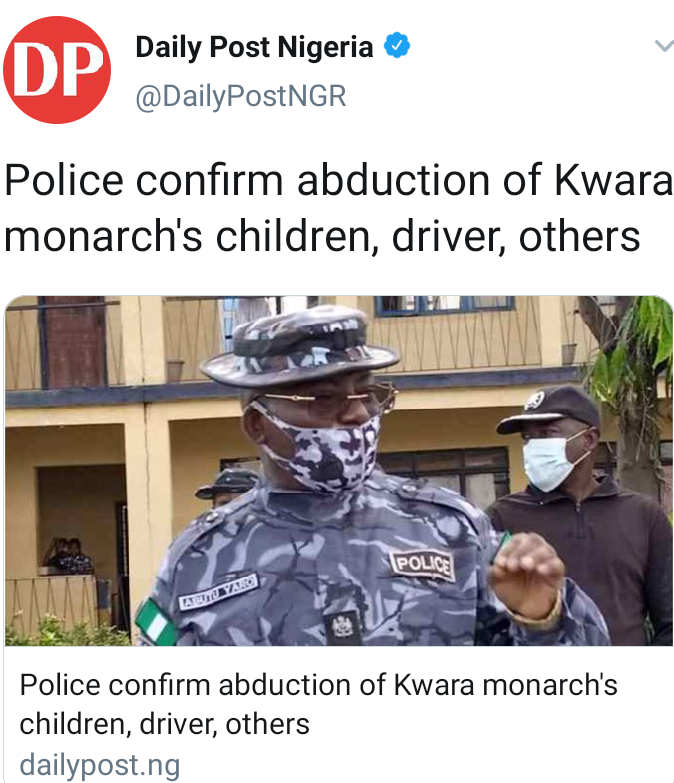 According to the spokesman of the command, Mr Okasanmi Ajayi, in a statement in Ilorin, the captives include the driver of the Olobbo of Obbo Aiyegunle, simply identified as Kunle; the monarch’s security aide, named Lawrence Abiodun; and his maid, identified as Bukunmi Akanbi.

Others are the monarch’s six-year-old twin girls, Taiwo and Kehinde.

The monarch, Oba Samuel Adelodun, personally reported the incident to the police which occurred at about 1830 hours on Thursday.

The Chief of Army Staff, Lt. Gen. Faruk Yahaya, has solicited the help of the Russian government to support Nigeria with “sophisticated equipment” to improve security in the country. 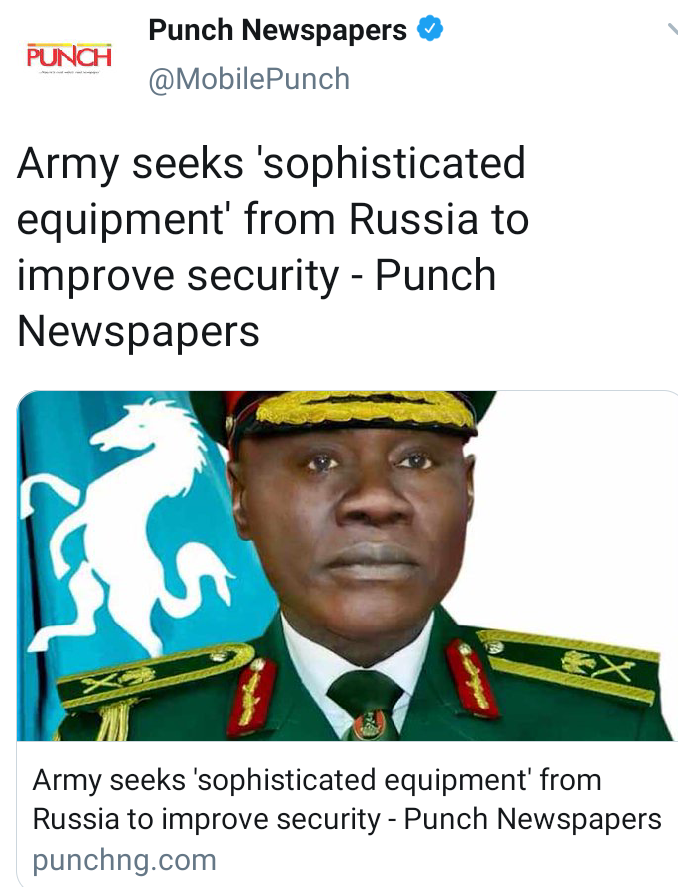 Yahaya made this known on Thursday, when the Russian Ambassador to Nigeria, Alexey Shebarshin, paid him a visit at the Army Headquarters.

In a statement confirming the visit, Directo, Army Public Relations Brigadier General Onyema Nwachukwu, said the COAS also spoke on the need to support collaboration between both countries.