By Joyprime (self media writer) | 7 days ago

A Nigerian politician and current Governor of Ebonyi State, Dave Umahi has revealed why he invited Nigerian Soldiers to Southeast, especially in Ebonyi State. According to him, I invited the army to the Military to Eastern Region and Ebonyi State in particular because of ESN Threats to lives and freedom of citizens 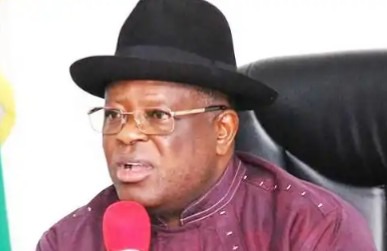 Recall that The Nigerian Army commenced three exercises nationwide code-named “Golden Dawn”, “Enduring Peace” and “Still Water”, aimed at fighting all kinds of criminality in the country, especially in Southeast

The Nigerian Army vowed to deal decisively with criminals in southeast as it began it's Military exercise, code-named 'Golden Dawn' in the region 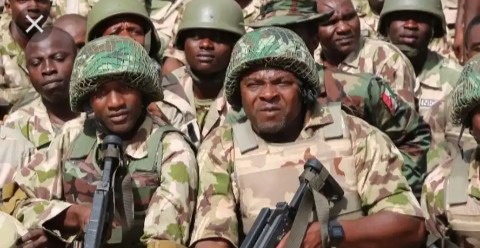 According to Dave Umahi, ESN now forms a parallel leadership with all the Eastern Governors to an extent that people now respect ESN Members illegal orders more than the orders of the democratically elected governors

"I have the military men order to pursue and arrest anyone parading himself as an ESN Members either with Flag or any object that represents the group. We cannot have two leadership in Ebonyi State" 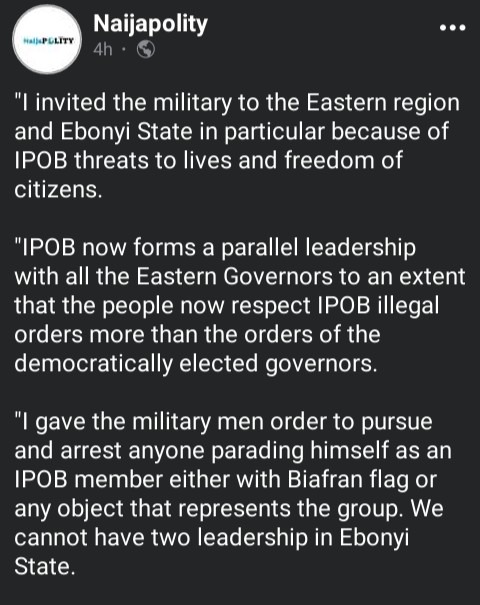 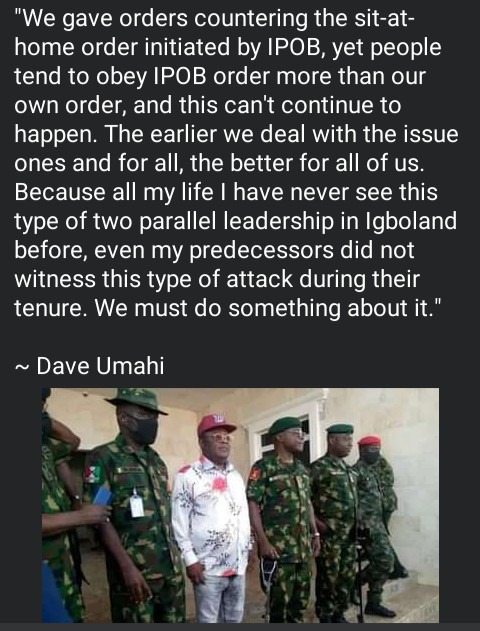 Furthermore he said "we gave orders countering the sit-at-home order initiated by ESN, yet people tend to obey ESN order more than our own order and this can't continue to happen. The earlier we deal with the issue, the better for all of us because all my life I have never see this type of two parallel leadership in Igboland before, even my predecessors did not witness this type of attack during their tenure" 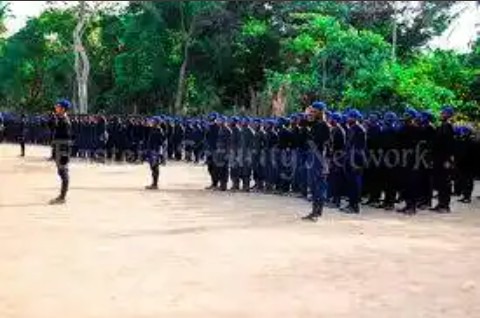 5 Tremendous Health Benefits Of Sleeping Next To Someone You Love