In every area of human life, new technologies are being used to improve how we do things and how we could handle and manage our environment, well the military is not left out on this technological advancement, with modern weapons like submarines, tanks, and rifles, etc. well today I'll be focussing on the soldiers themselves around the world, the coolest and sophisticated uniforms presently that protects them during their operations in protecting their country of origin, number five will surprise you, to know more please endeavor to keep reading, let's dive in. 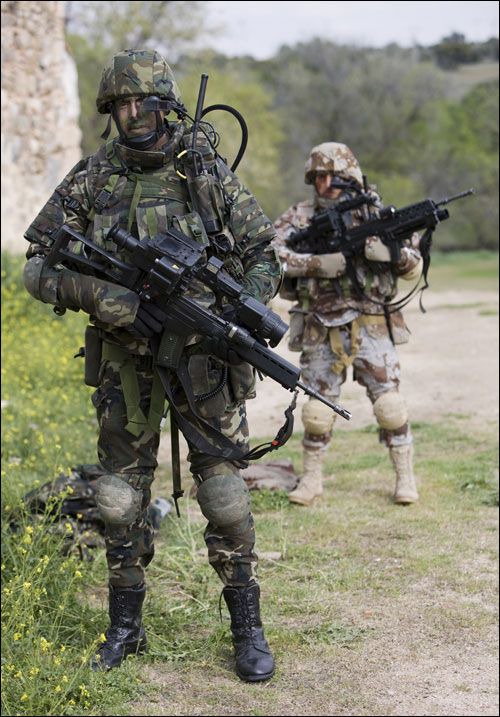 The comfut is also known as a future warrior, it is the Spanish army's 21st-century infantryman equipment built around a real-time command and control system provided to every squad member.

This suite includes a monitor that displays information, enemies' position, navigation, and situational awareness. The bulletproof vest is equipped with top tech gadgets such as radios, batteries, and an endurance module.

The helmet has a mounted cameral and night sensors that are connected to the firearm which allows for around the corner shooting.

The suit is highly comfortable and reduces infrared signatures meaning the soldiers are hardly noticed by enemy systems and the suit is also integrated with a health monitor system.

You may have probably guessed the Chinese won't be left out on this in the development of advanced military uniforms.

This super suit is focused on mobility, protection, and information collection through the means of inbuilt electronics.

The suit is said to be the second exact skeleton of the soldier, the device is worn over the uniform and attached to the back, knees, and arms.

One of the main reasons for this suit is to give the soldier super strength, the suit reads the soldier's movement and supports them with an effectiveness ratio of five to one, making the soldier five times stronger. 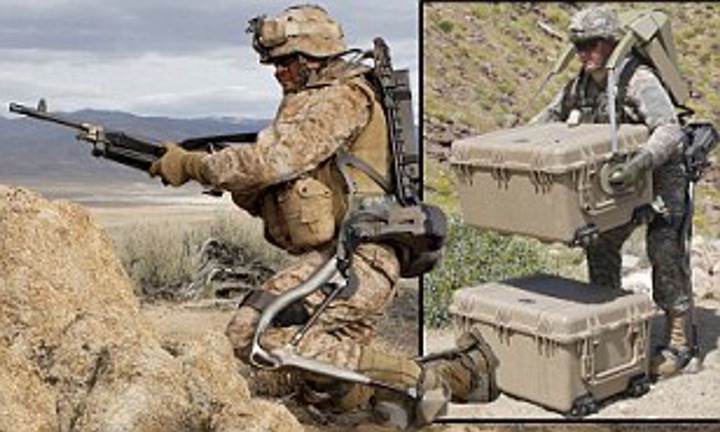 The United States is known as one of the pioneers of modern warfare, this project was carried out by the us military department.

The suit is said to have four basic components which is the helmet, liquid body armor (which becomes solid as a rock with a push of a button), monitory systems, and an exoskeleton all of which combine to form a uniform that protects and enhance the abilities of the soldier.

The FFW is a lightweight durable and impacts resistance battle suit, this was made possible through the use of some techs such as nanotechnology, powered exoskeleton, and a logical fluid-based system.

The helmet has voice activation, a screen that displays information to the soldier such as maps, the position of squad members, and enemy soldiers, the suit is powered by a microturbine generator fueled by a liquid hydrocarbon, this powers the uniform for six hours straight. 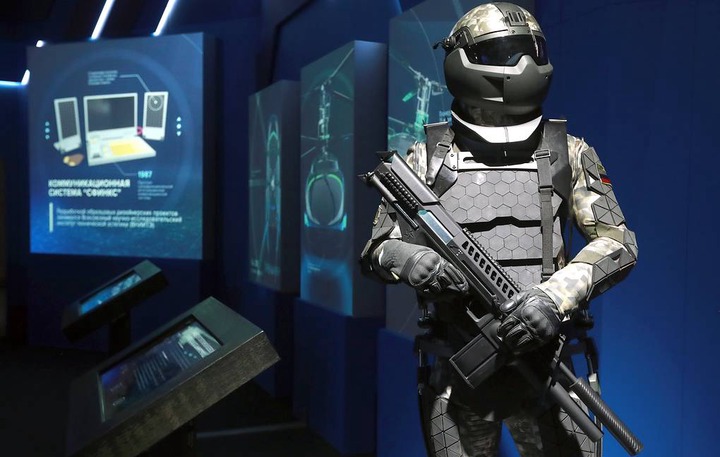 Ratnik 3 is a super-suit developed by Russia, this suit was developed in the university of science and technology Moscow, and the suit Ratnik means warrior in English.

This suit contains an array of armor and protected pieces from head to toe and also features a lower body titanium framework, which will give the soldier more stamina and strength.

The helmet displays the same as the FFW, the suit is highly bulletproofed and fireproof, and it is also said to be explosion-proof.

The material used in developing this suit makes the soldier invisible to infrared imaging by absorbing all the heat inside the suit. And the suit also contains healing features. 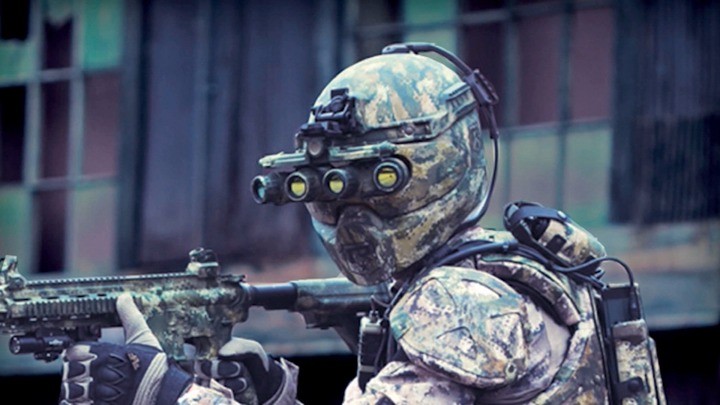 Say hello to the real-life Iron Man suit, the tactical assault lightweight suit, this suit is designed by the United States special operations command, this suit was made possible through laboratories, universities, and the technology industry.

It is reported that the suit Talos is highly bulletproofed, weaponized, and also gives the soldier an enhanced view. The suit is comprised of smart sensors and gadgets that will aid soldiers and protect them from enemy gun fires. 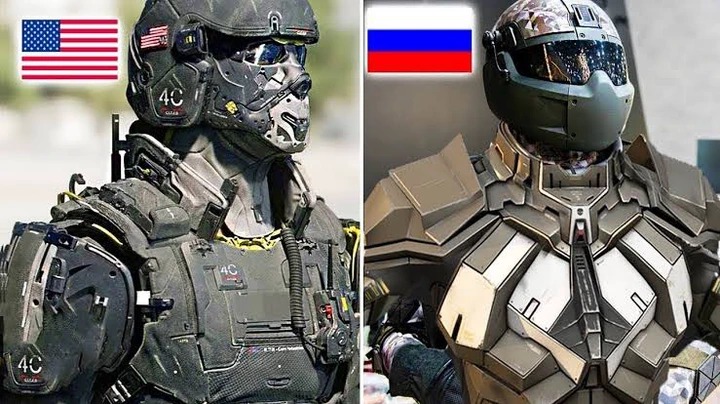 The suit is said to offer much double the protection offered by standard infantry body armor and it offers protection to the soldier in case of bomb blasts, the helmet contains augmented reality and also displays like the RATNIK and FFW.

Conclusion: And that's it for the powerful and most advanced military suit in the world, what do you think about these sophisticated military suits in the world, and if you had any chance to try any of them which will you pick, be sure to drop your comments below and thank you for reading.