Boko Haram And ISWAP Threatens To Start Jihad Against Unbelievers As They Form Alliance.

By TupNews (self media writer) | 10 months ago

Boko Haram fighters have formed an alliance with Islamic State of West Africa Province (ISWAP) commanders following the death of Abubakar Shekau, the terrorist group's factional head, who reportedly blew himself up to avoid being arrested by ISWAP forces. 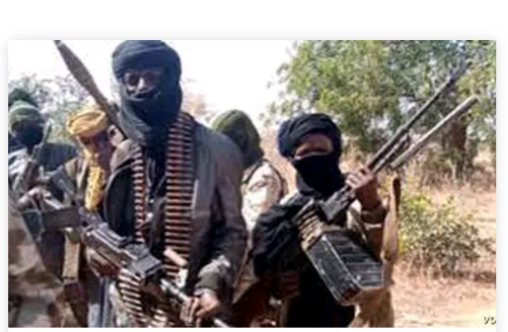 The Boko Haram and ISWAP commanders placed their hands on top of each other and sang songs of solidarity as a sign of new partnership, according to a viral video obtained by LEADERSHIP on Saturday in Maiduguri.

The terrorists from both groups declared their loyalty to one Aba Ibrahim Al-Hashimiyil AlKhuraishi, whom they unanimously appointed as ‘Khalifa Muslimai', which also mean 'Leaders Of Muslim' in a 13-minute video.

Four rebels from the Boko Haram and ISWAP factions were shown in the video declaring their loyalty to their new commander in Arabic, Hausa, English, and Fulfulde, respectively.

When one of the speakers stated that their enemies tried to divide them, but that they have now come together for a single purpose, he confirmed the belief that intelligent agencies played a key part in dividing terrorist camps.

From Boko Haram's recent video, the terrorist who spoke first offered his greetings to their new leader, Khuraishi, thanking him for bringing them together.

He pledged his loyalty to Boko Haram, saying that every member of the group is his brother.

According to the first speaker, he said, "after the mutual hatred that divided us up until now, our new leader has brought us back together. He expressed his happiness that they are now back as an 'indivisible entity."

One of the ISWAP fighter said, "What is left now is jihad, he said with a very loud voice. The ISWAP was seen in the video displaying his gun hanging on his neck and saying, "We will never stop fighting the unbelievers."

He continued, "Every member of Boko Haram and ISWAP should be ready to fight and be able to survive under the leadership of their new rulers.

Content created and supplied by: TupNews (via Opera News )