PRAYER: Lord, Help Me To Live In A Way That Will Profit You

During the Napoleonic Wars, men were conscripted into the French army by a lottery system if your name was drawn, you had to go to the battle. In the rare case that you could get someone else to take your place, you were exempt. 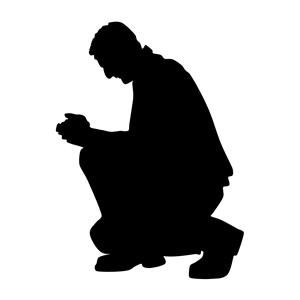 On one occasion the authorities came to a certain man and told him that his name had been drawn. But he refused to go, saying "I was killed two years ago," At first they questioned his sanity, but he insisted that was in fact the case. He claimed that the records would show that he had been conscripted two years previously and that he had been killed in action. "How could that be?" they questioned. You are alive now. He explained that when his name came up, a close friend said to him, you have a large family, but I'm not married and nobody is dependent on me. I'll take your name and address and go in your place. The records upheld the man's claim. The case was referred to Napoleon himself, who decided that the country had no legal claim on the man. He was free because another man had died in his place. This is a perfect illustration of the gospel we preach. The Lord Jesus took our place at Calvary. He died so that we might have life and have it more abundantly.

If this message has blessed you, please share the good news. None of your friends and family members deserves to die in sin because Jesus had taken their place. Most importantly, we need to be mindful that "He died that those who live should no longer live for themselves but for Him who died for them."

Content created and supplied by: Ogor3 (via Opera News )

Vee, Others React As Female BBN Star Bought A New Car Each For Her Mum And Dad

Interesting facts about sensational Nollywood actor, Bolanle Ninalowo you would love to know