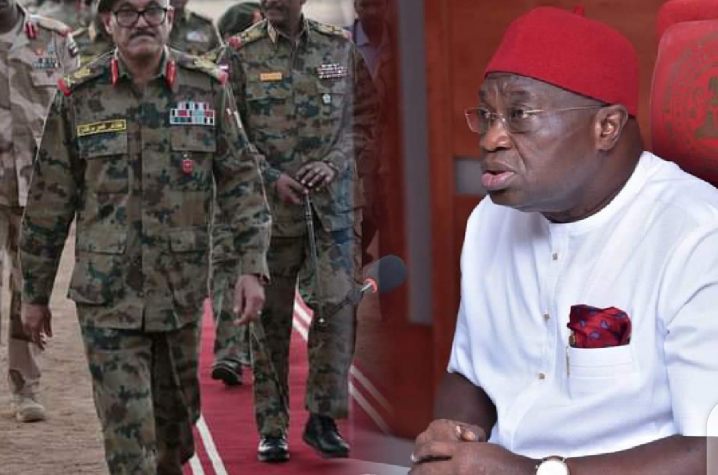 The Sudanese military has dissolved civilian rule and declared state of emergency in the country.

This is coming at the heels of the intense protests that hit the Sudan Capital, Khartoum.

Thousands of civilians joined the protests amid reports of gunfire. 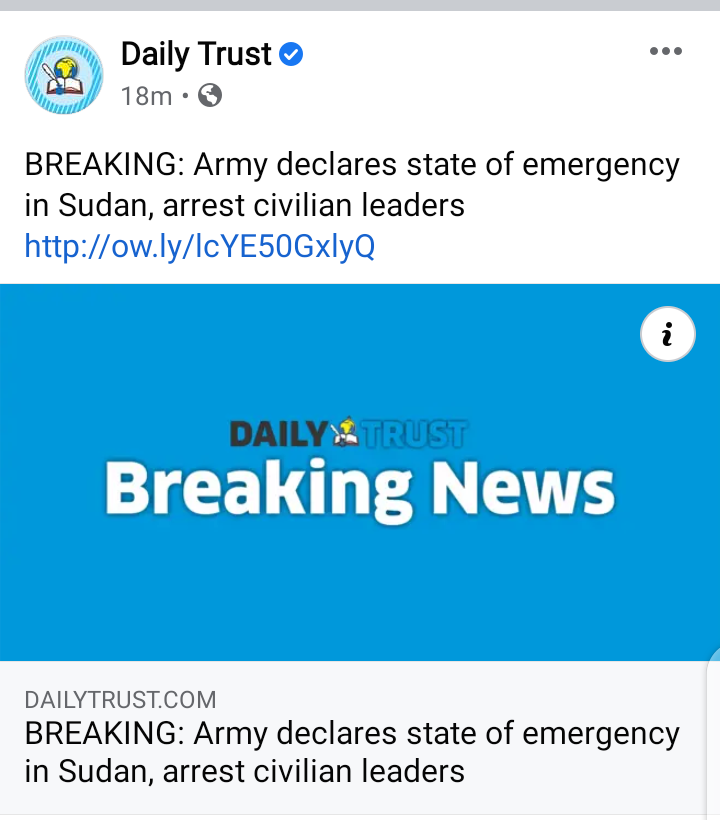 The overthrow of the former president, Omar Al-Bashir two years ago and the formation of a transitional rule has led to a divide between the military and civilian rulers in the country.

Abia: Ikpeazu to swear in new commissioners on Tuesday

The Abia State Government has announced Tuesday, 26th October 2021, for the inauguration of the new commissioners appointed by Governor Okezie Ikpeazu.

This came as the State House of Assembly recently concluded the screening and confirmation of the nominees sought by the governor, which was contained in a letter sent to the House leadership. 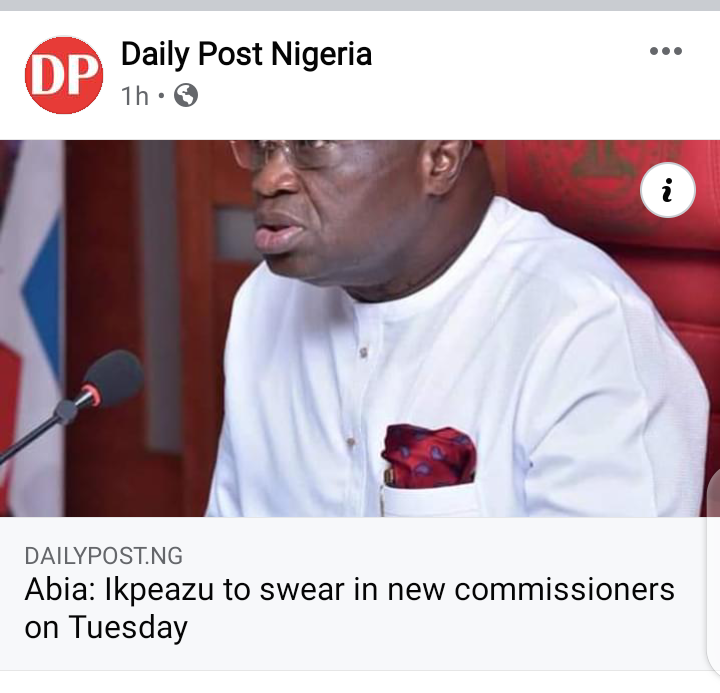 The formal inauguration, according to a press release by the Secretary to the State Government (SSG), Barrister Chris Eze, made available to journalists on Monday, holds at Michael Okpara University Auditorium, in Umuahia, the state capital.

The state council meeting will precede the inauguration of commissioners-designate at Michael Okpara Auditorium of Government House, Umuahia, by 2 pm on the same day.

Engage Igboho, IPOB Like I Do To Bandits, Gumi Tells Southern Clerics

Sheik Ahmad Gumi has asked clerics from the Southern part of the country to engage those behind uprising in the region the same way he does to bandits.

The respected cleric said this in a statement he issued in reactions to the call for bandits to be declared as terrorists. 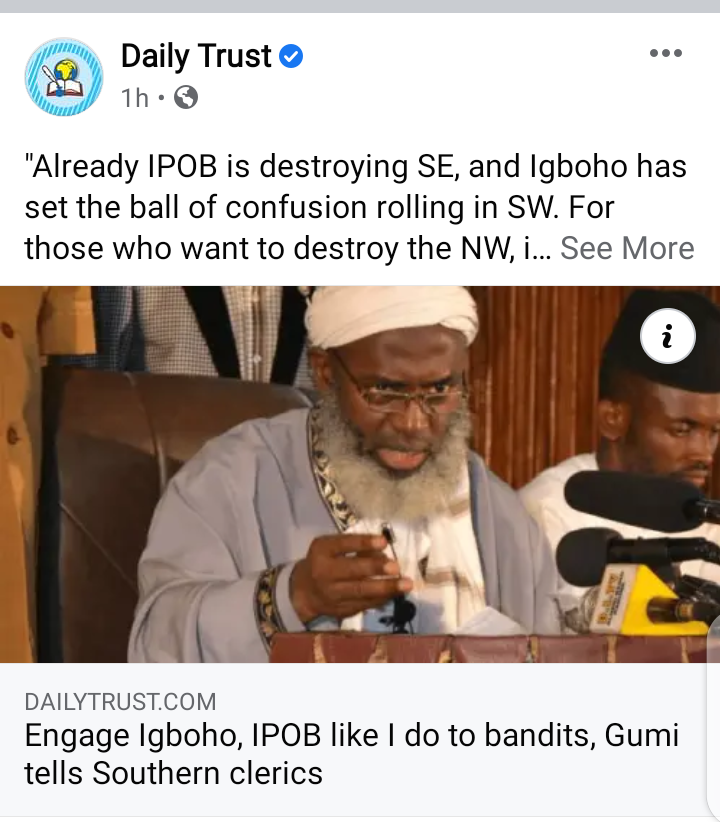 Last week, Governor Nasir El-Rufai of Kaduna State said since 2017, he had asked the Federal Government to declare bandits as terrorists.

Weighing in on the conversation, Gumi said declaring bandits as terrorists is not the solution to the crisis in the north.

Three persons, including meat and second-hand shoe sellers, have been reportedly kidnapped around the Cross River Water Board facility in the Lemma community of Calabar Municipality by unknown gunmen.

According to neighbours and eyewitnesses, the incident happened in the early hours of Monday. 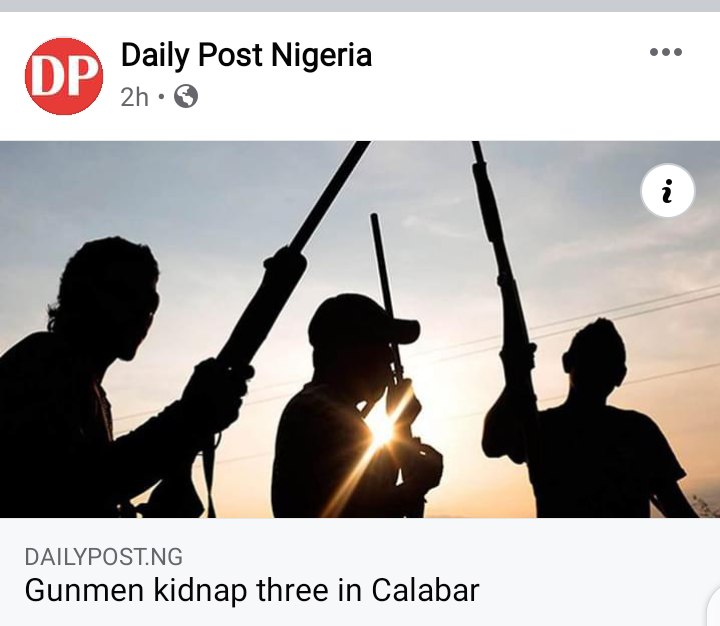 The kidnapped persons are said to be two women and one man.

One of the witnesses who gave his name simply as Mr Effiong, a member of the community, said that the kidnappers invaded the community through the water using a speed boat.

He said the six gunmen were masked and also bore machetes and other arms.