The attack which led to the death of two officers and kidnapping of another officer, has been at the centre of debate among Nigerians. Many Nigerians feels that they are no longer safe as bandits starts attacking military institutions in the country.

Popular cartoonist Mustapha Bulama has released another cartoon on the issue. Bulama is a well known political analyst and cartoon illustrator that works with Daily Trust. 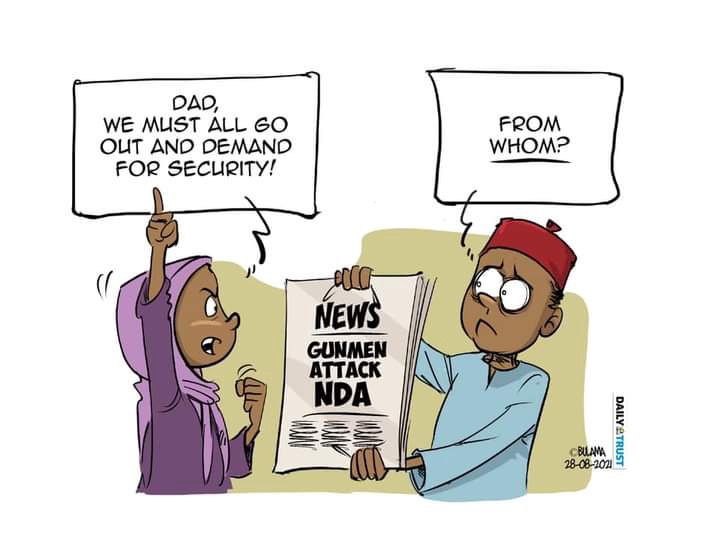 Bulama depicted a conversation between one daughter and her father. In the conversation, the daughter asked her father that they should all go and demand for security, the father simply replied from whom, together with calling her attention that gunmen attacks NDA 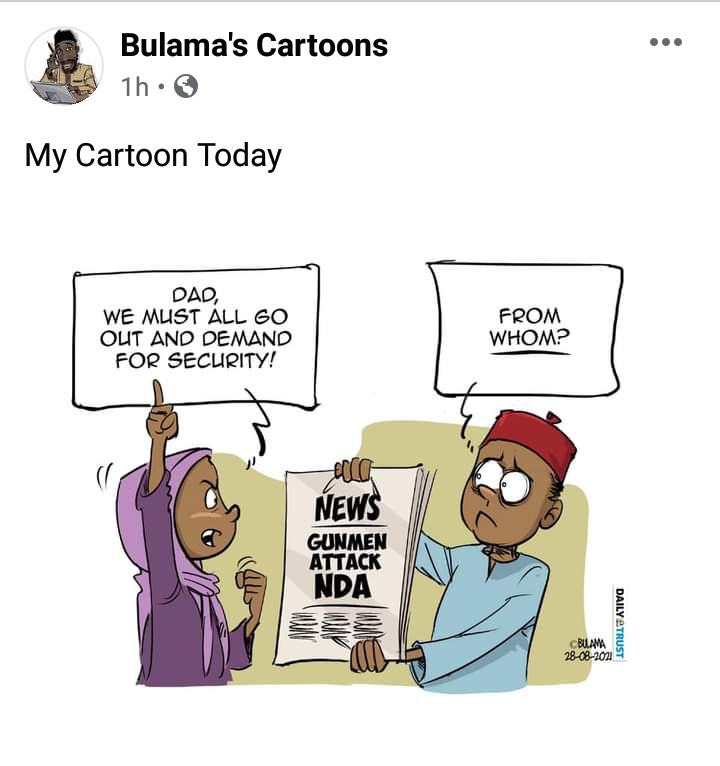 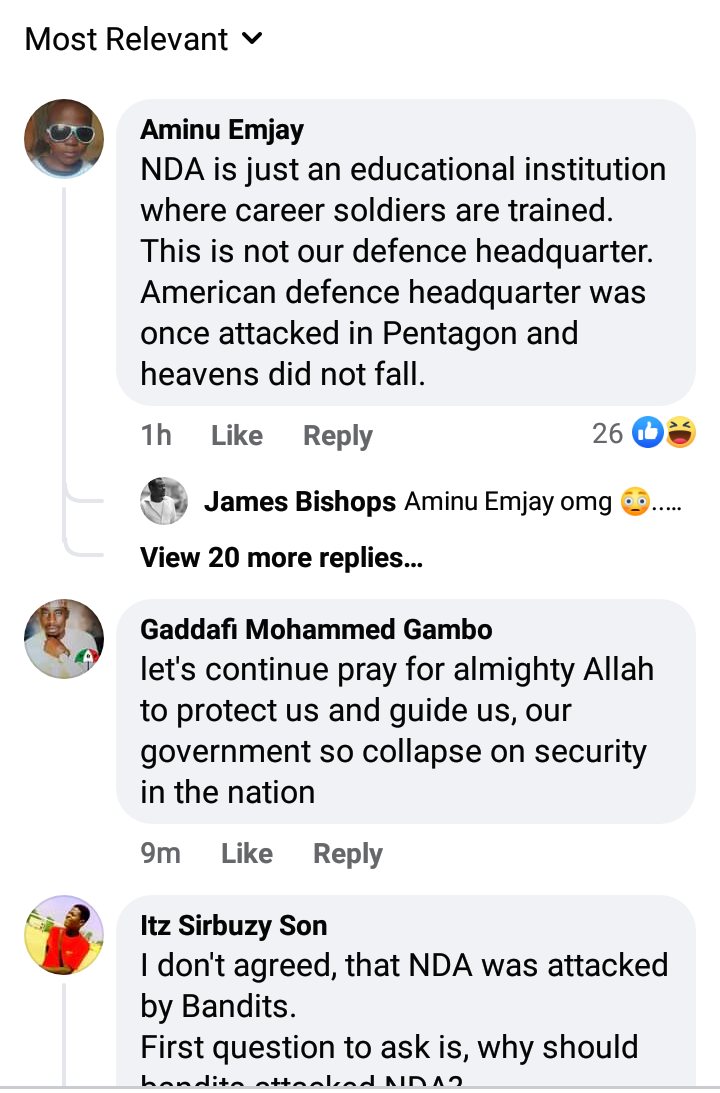 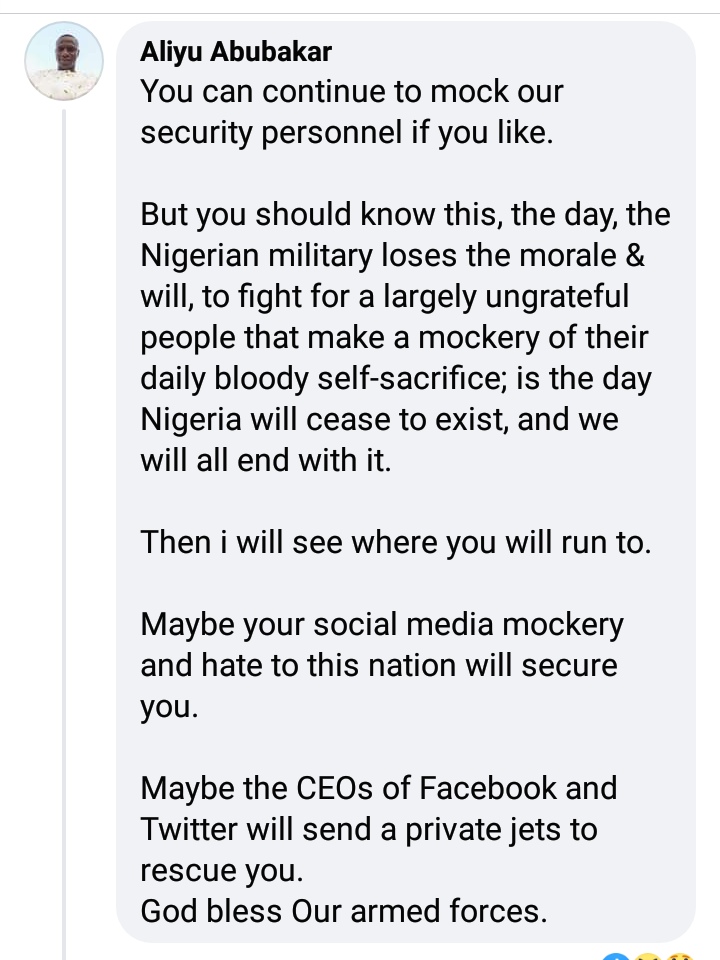 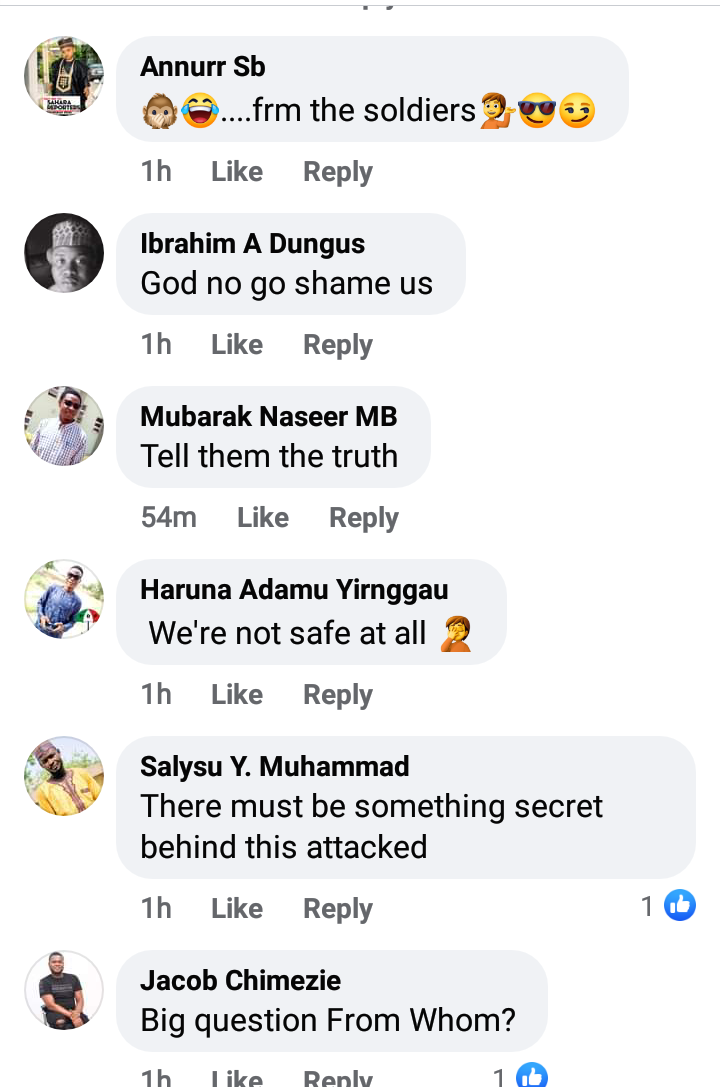 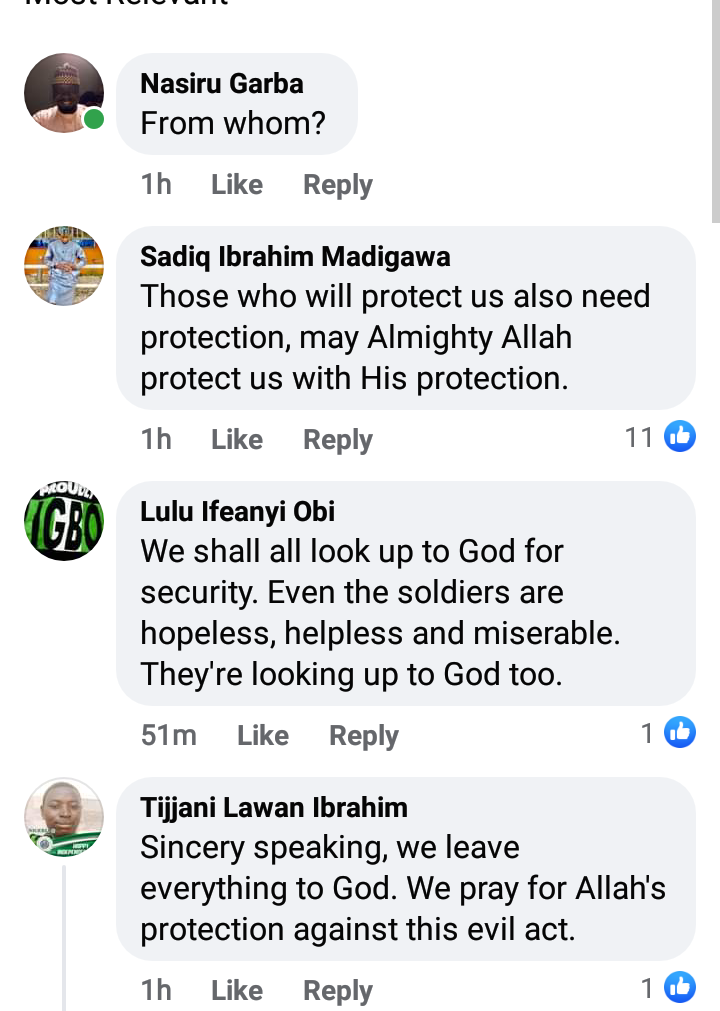 It is high time we all unites and brings an end to this monster (insecurity) before it consumes us all.