By Dorasky (self meida writer) | 12 days

Nigerians have been dragging Isa Pantami ever since a Free Lance Journalist, David Hundeyin, came out with a statement that alleged that, Isa Pantami was on US watchlist of people who support Terrorism. According to David Hundeyin, he got the Information from a Group of Journalist, and decided to share it to the Nigerian Public. David have also been sharing details about Isa Pantami in his Twitter account. After David released that information, a lot of Nigerians started digging into the past of Isa Pantami, and what they discovered was not pleasing to them. 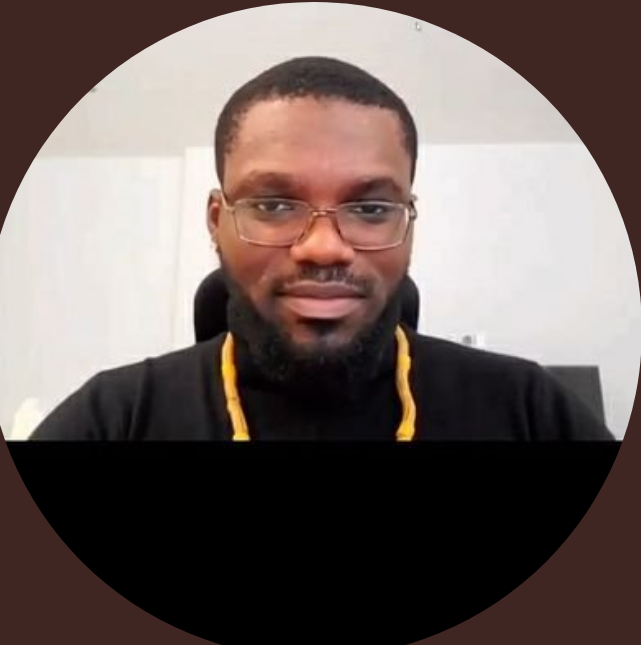 A lot People have been reacting differently to the discoveries, while others are calling for the sack of Isa Pantami because they feel he has a link with Terrorists, others are of a different opinion. Former Minister of Communications, Oby Ezekwesili, have also been reacting to the Issue. This afternoon, she sent a Message to Dave Hundeyin, and appreciated him for all his contributions to the issue. From what she wrote in her tweet, she was very happy that Dave made those findings. 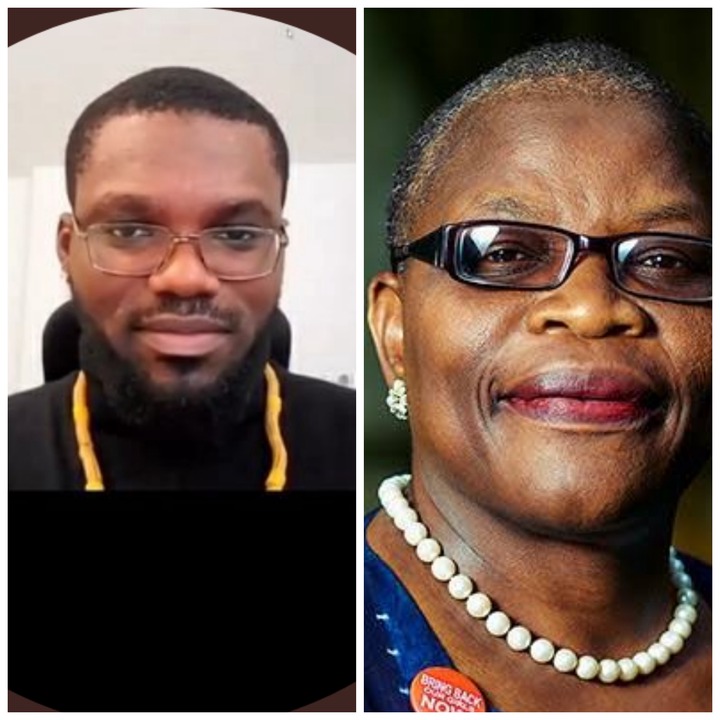 According to what she said In her tweet, she thanked David Hundeyin for the exceedingly brilliant investigative journalism he gave to country, on the Minister of Communication Saga. She hailed him and said that, it was one of the finest moments in journalism activism that's evidence based. She concluded by saying that, May his ink not run dry. Here is the screenshot of his tweet. 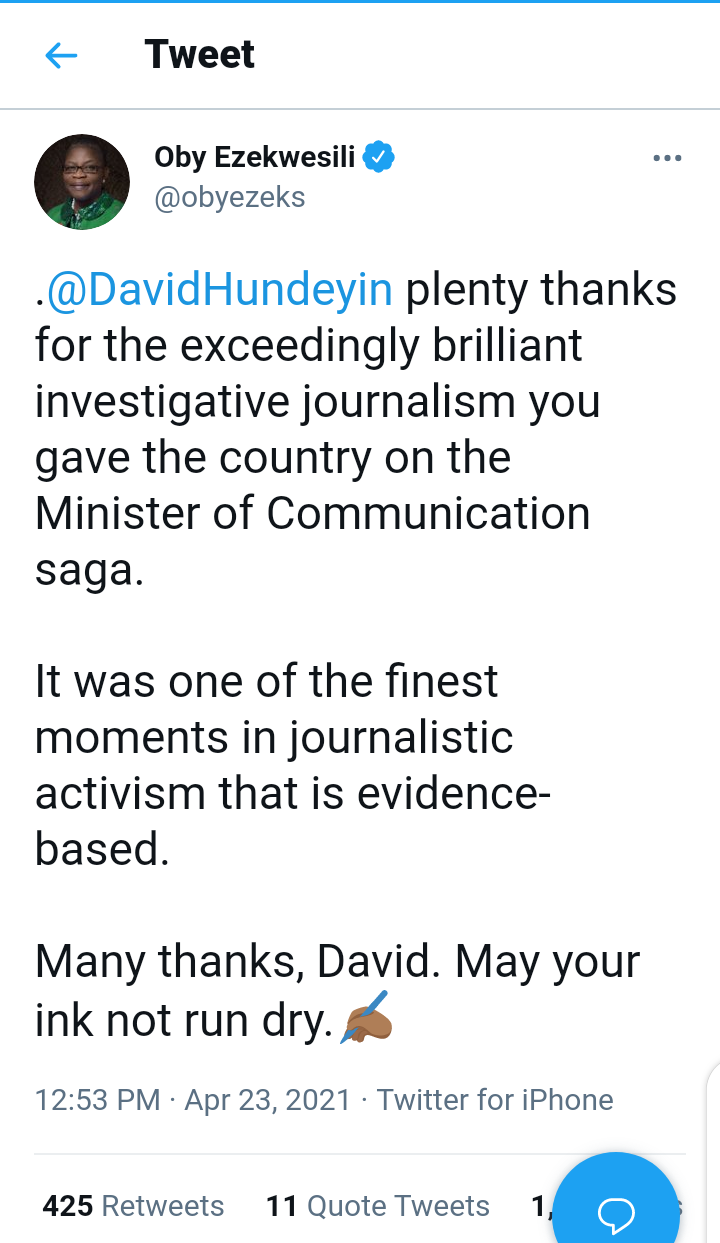 David also replied her by thanking her for the praises.

Here is his Reaction and that of others

What Cesc Fabregas Said After Chelsea Advanced To The UCL Final

After Madrid Lost 3-1 To Chelsea, See What Eden Hazard Was Spotted Doing With some Chelsea Players.