As we all know there are different types of guns and they all have different names depending on the type. And for people who are not familiar with guns I'll get to explain the various types of guns; 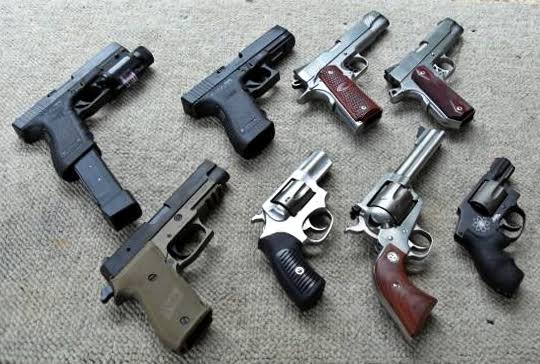 As the name suggests, a handgun is a gun that you can hold and operate with just one hand unlike a shotgun or a rifle which will need you to hold it with both of your hands. Examples of handguns include pistols, revolvers, derringer and pepperbox. 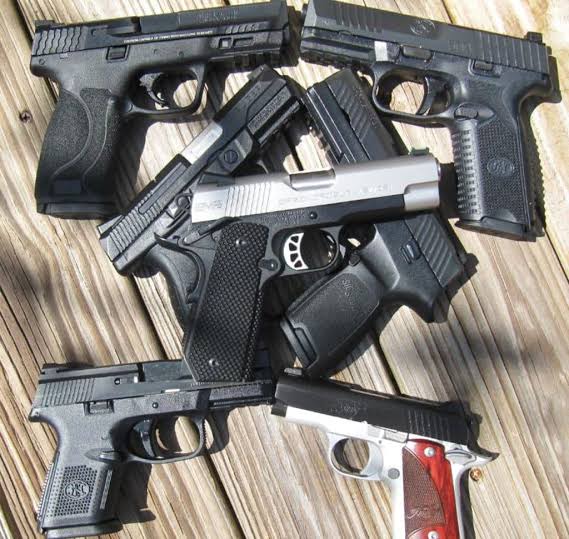 A pistol is a type of handgun which has only one chamber, which loads its cartridge from a magazine that is at the grip of the gun. A modern pistol can contain up to 17 rounds in a single magazine, and examples of pistols are Glock 17 and dessert eagle. 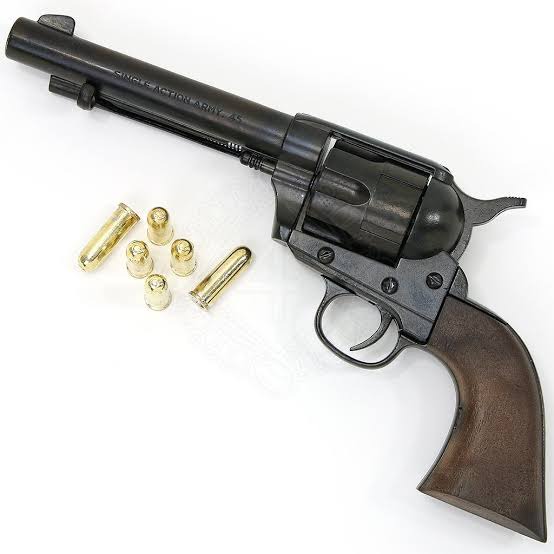 A revolver is a type of handgun that has a revolving cylinder that has multiple chambers in which bullets are placed, a revolver can have about 6 to 7 bullets. Examples of revolvers are Ruger GP100 and Smith & Wesson Model 686. 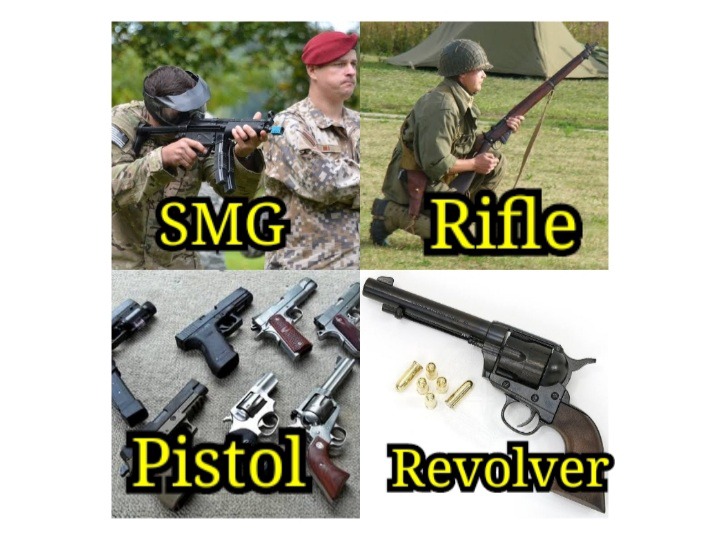 The major difference between a pistol and a revolver is that a pistol is any handgun that doesn't use a revolving cylinder.

A rifle is simply a long gun that is shoulder-mounted which has a rifling inside the barrel which fires one bullet at a time, the rifle is used for longer range and accuracy shots. Rifles are of various types and they include; 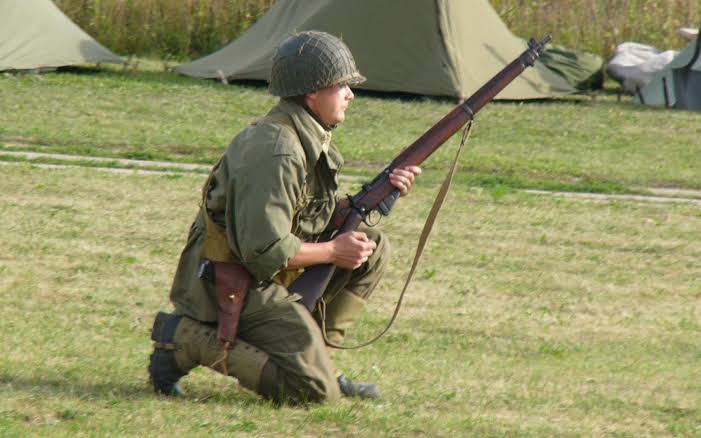 This is a type of rifle in which one fires manually when you push a bolt forward, then pull the trigger and then pull the bolt back to release the empty cartridge. As a result of this manual process, a bolt action rifle is quite slow to fire but it can be very accurate. It can hold about 4 to 10 bullets inside its internal magazine. Examples of this type of rifle include Howa 1500 and Remington 700. 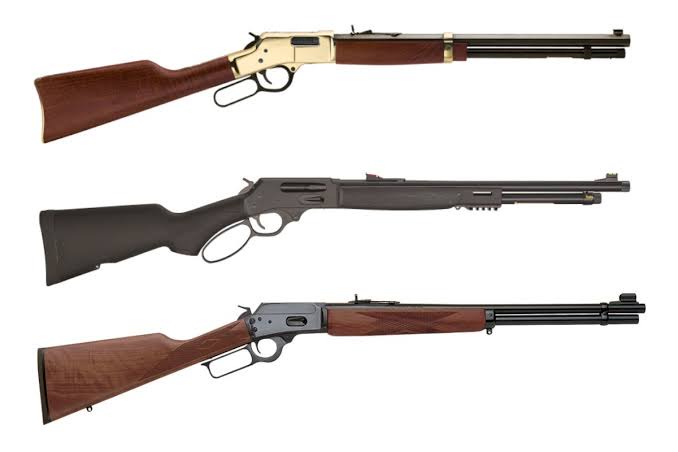 An Assault rifle is a magazine-fed gun that can fire more than one bullet with each pull of the trigger. A single magazine can hold up to thirty rounds. Examples are the M16 and the AR-15. 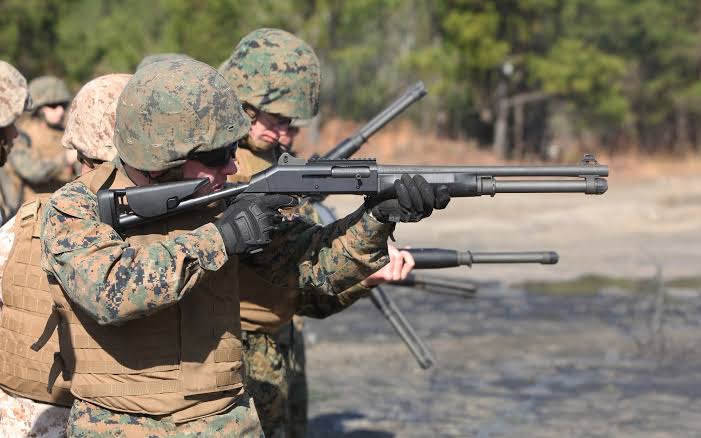 A shotgun is simply a firearm with a large barrel that fires lots of small steel pellets rather than a single bullet when you pull the trigger. Examples of shotguns include the Remington 870 and the Mossberg 500.

This is a type of gun that is designed to fire only with a fully automatic mode, it uses rifle size rounds or even larger ones. Machine guns are usually mounted on Vehicles and are very heavy, some can even weigh as much as 58kg. Examples of machine guns are the Browning machine gun and the M-2 .50 cal. 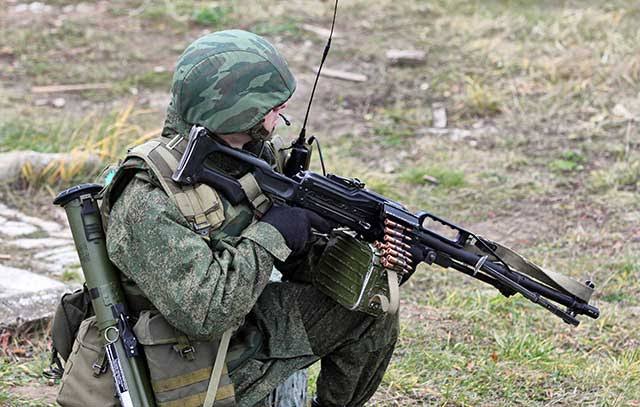 This is a type of machine gun that is only in automatic mode but are designed to be more portable so it can be operated by just one person alone. They use rifle size cartridges which are usually magazine fed. An example of LMG is the M-60. 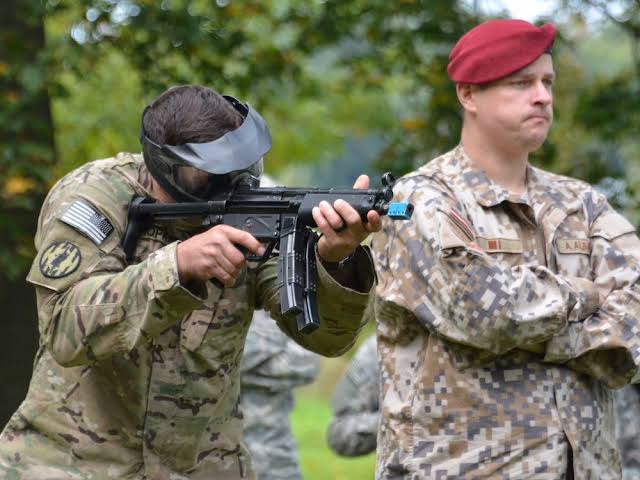 This is a type of smaller machine gun that fires pistol rounds. SMG usually have single-shot mode, full auto mode and burst mode. Examples of SMG includes MP-5 and the 45 cal Thompson SMG. 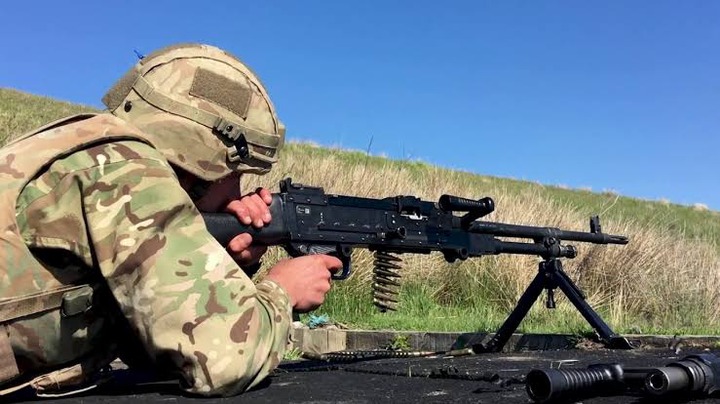 This is a machine gun that is usually belt-fed which uses a 7.62 mm calibre round and it is held by a tripod or a bipod. It weighs between 6kg to 18kg which is said to be medium weight. Examples of MMG are the MG42 and the M240. 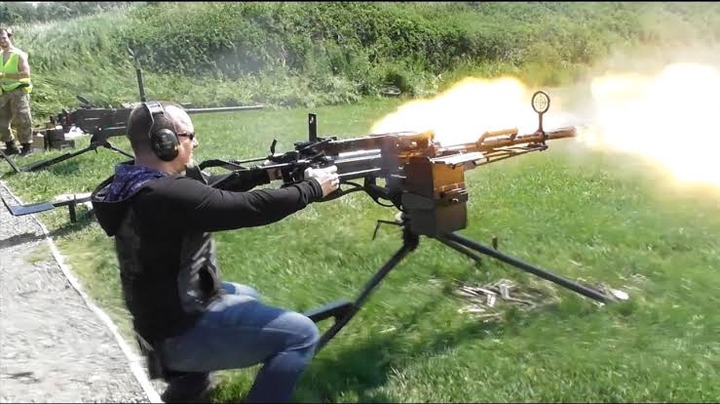 HMGs are usually a type of belt-fed machine gun that shoots 12.7mm magnum cartridges and they are much larger than MMG. They are usually mounted on a platform or a car and requires a team of soldiers to operate. They are capable of reaching a longer range and they have anti-materiel capabilities. Examples of an HMG are DShK and the Browning 50 calibre machine gun 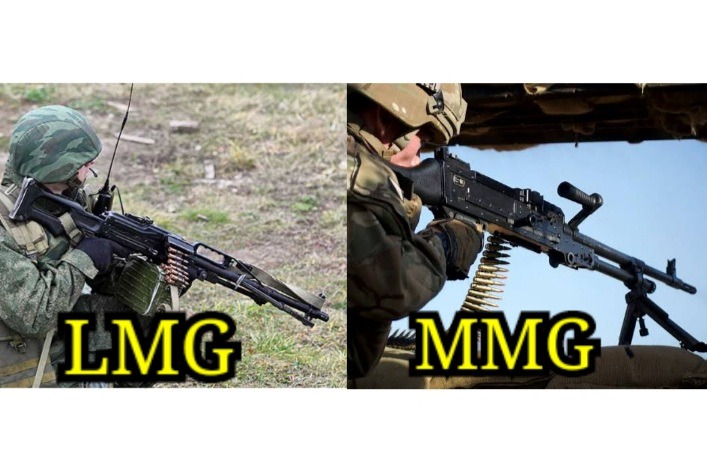 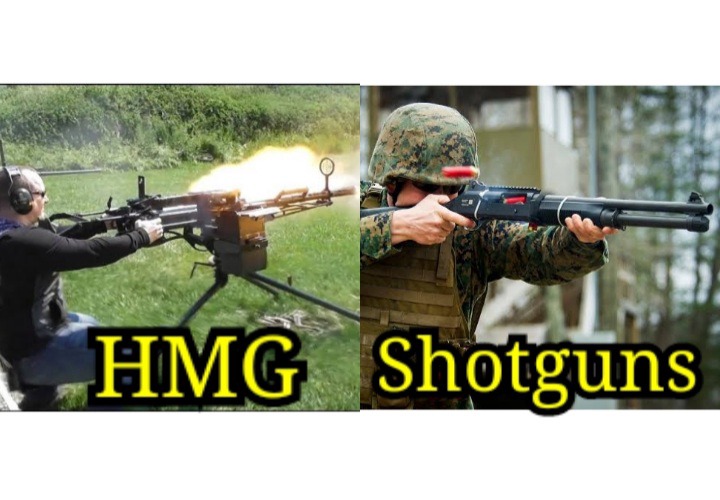