After The Army Laid Ambush For Boko Haram Terrorists In Borno, See The Outcome Of The Operation 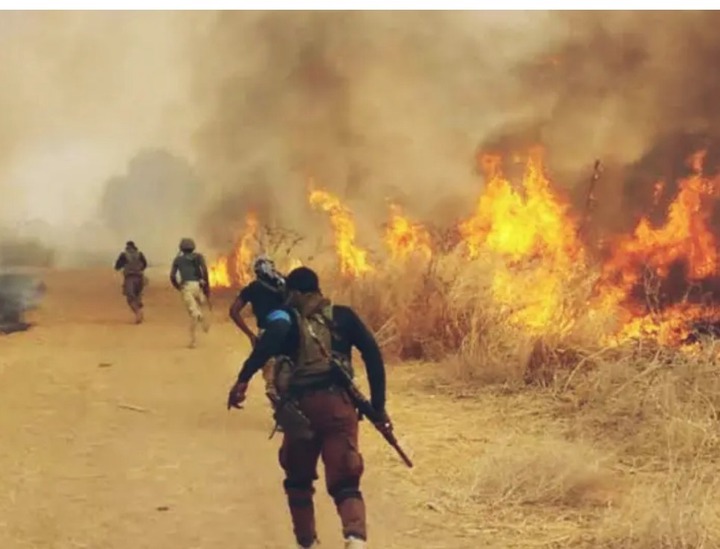 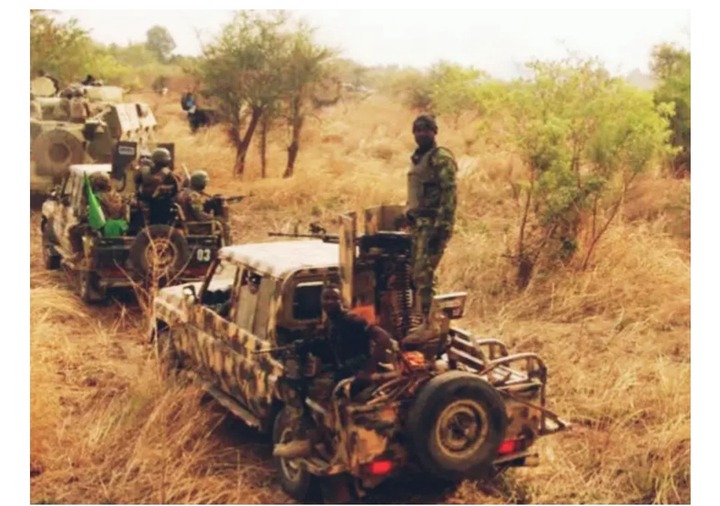 For the past few months, the rate of insecurity in the country has been escalating. Bandits and terrorists are seizing every opportunity they see to abduct innocent people, rape women, destroy properties and others. In the quest of putting an end to all these insecurity issues, the Nigerian Army has been devising different strategies to attack the bandits and terrorists in their hideouts.

In Borno State, the Nigerian Army became offensive against the Terrorists. When they received credible intelligence that some Boko Haram Terrorists are trying to run away from their hideouts in Sambisa forest when they got wind that the Army are coming for them, so the Army swiftly laid an ambush for them on their way. 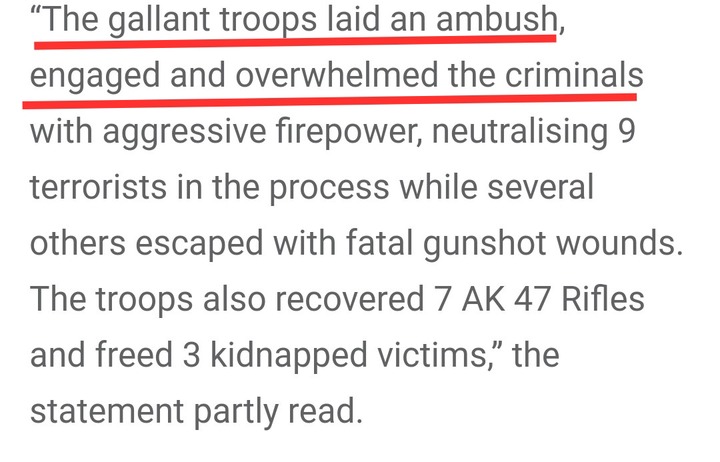 The Army was not even aware that the Terrorists were holding some citizens as hostages but they just acted on the intelligence they got. After they laid the ambush for them at the Chibok-Damboa Axis of Borno State, it was a fierce battle because the terrorists were also armed but, owing to the fact that they were unaware of the attack, the Army overwhelmed them with aggressive fire power. In this attack, they neutralized 9 insurgents and freed 3 abductees.

In the other ambush that they set along Askira-Chibok Main Supply Route, they were able to neutralize 39 Boko Haram terrorists and 8 kidnap victims were rescued. All together, the Army took down 48 Boko Haram Terrorists during the ambush and successfully rescued 11 victims.

This is a good development and it proves that the Nigerian Army is doing all what they could to ensure safety in the country. The Chief Of Army Staff, Lieutenant General Ibrahim Attahiru commended the efforts of the troops but asked them to remain dogged and maintain their offensive posture in all their operations.

If the Army uses this strategy more often, they will be able to overpower all the terrorists in the area. Setting an ambush for them unexpectedly is a very commendable and intelligent move. Kudos to the Nigeria army, because it was indeed a successful operation, at least the lives of 11 victims were saved. 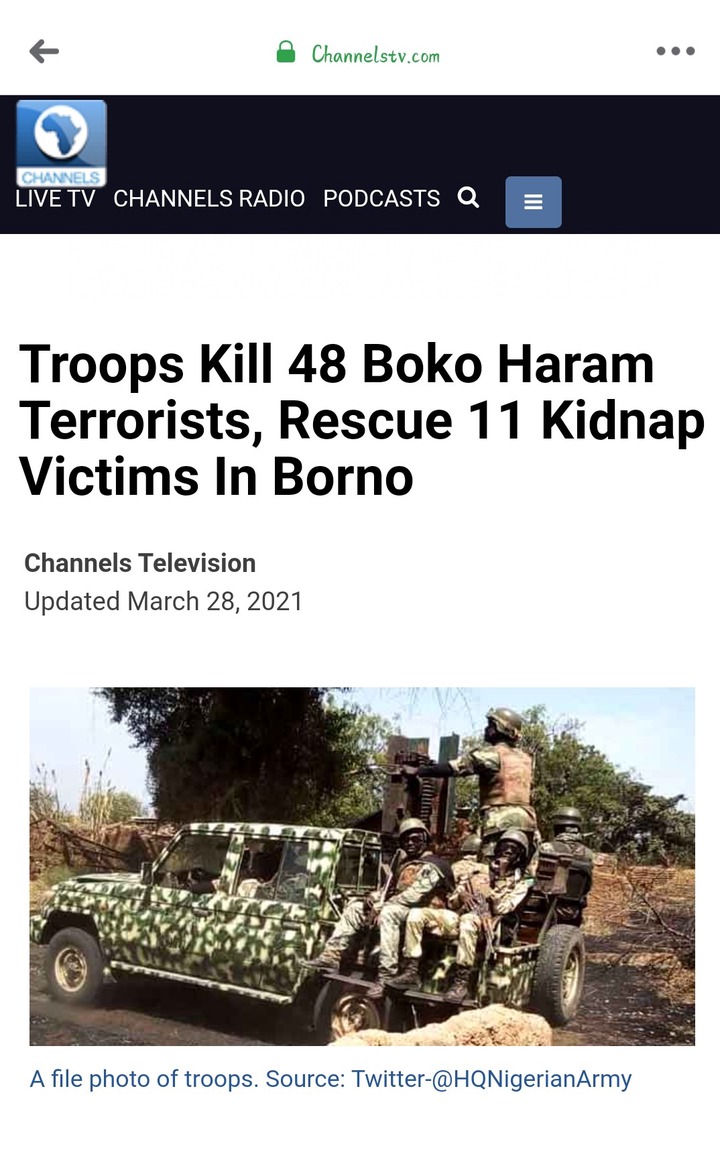 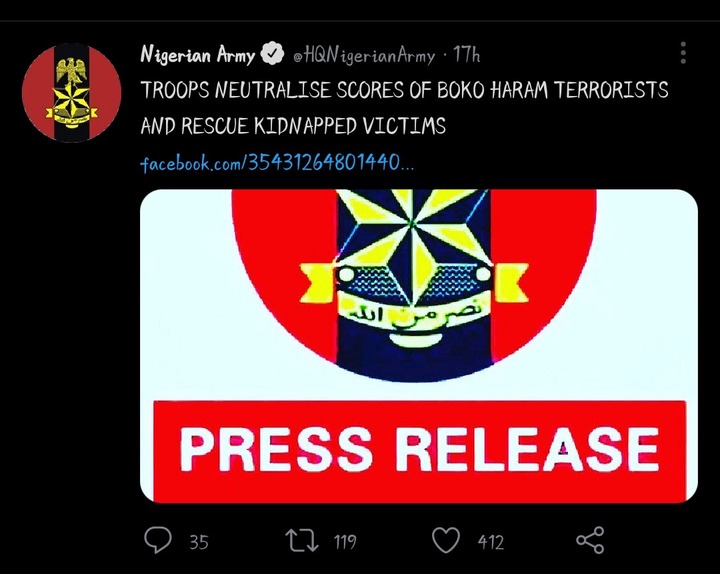