Here Are 4 Best Iran's Alliances In The Middle East.

By Muhaliyu (self media writer) | 19 days ago

Since the Islamic Revolution in 1979, Iran has developed a strategy of supporting Shiite minorities in the meddle east against the Sunni states that led by Saudi Arabia. 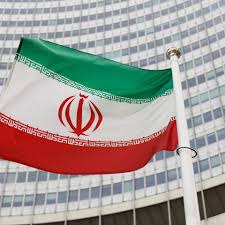 In 2004, King Adballah II of Jordan expressed concern over the emergence of a "Shia crescent" stretching from Lebanon to Iran. Fifteen years later, Tehran, which has considerably strengthened its positions, has allies firmly established in the meddle east, from Lebanon to Yemen.

here are 4 best iran alliance in the meddle east. 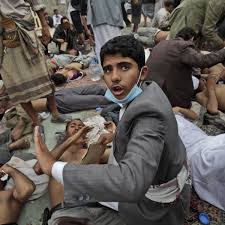 Since the start of the Syrian conflict in 2011, Iran has been a staunch supporter of the Damascus regime, dominated by the Shiites (15% of the population), notably the al-Assad clan.

Tehran has sent military advisers to Damascus to fight both rebels opposing the regime and jihadists waging a religious civil war. Iranian fighters from the Revolutionary Guards were also dispatched to the area. According to observers, more than a thousand have been killed since the start of the conflict. A military cooperation agreement was officially signed between the two countries in 2018.

They stresses that Iran must help Syria to guarantee its territorial integrity. The military presence is expected to last, as Tehran must also support Damascus in cleaning up minefields scattered around the country and rebuilding military installations damaged by war.

For Iran, the objective is to establish a lasting foothold in Syria, where it must nevertheless coexist with Russian influence, both economically and militarily. 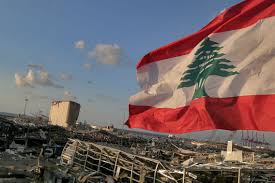 Iranian influence is embodied above all with Hezbollah, a Shiite Muslim and paramilitary group whose creation in reaction to the Israeli occupation of southern Lebanon in 1982 sponsored by Tehran.

Iran has since supported Hezbollah financially and militarily. This proximity was found in the links maintained by Hassan Nasrallah and Qassem Soleimani, Iranian general who was shot dead by the Americans on January 2020.

Nasrallah considered him to be his “spiritual godfather”.

For Iran, Lebanon represents the end of the Shiite crescent, the immediate neighbor of a major enemy Israel. 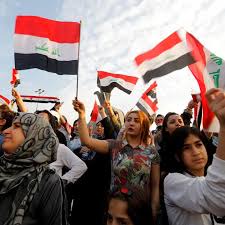 Under Saddam Hussein, the Shiite majority (60% of the population) was repressed in Iraq. During the eight-year war between Iraq and Iran (1980-1988), Shiite political organizations found refuge in Tehran. It was not until the fall of the Baathist regime in 2003 that the Shiites regained power in Baghdad and diplomatic relations were normalized.

From 2014, Iran militarily assists Iraq in its fight against ISIS, dispatching paramilitary to fight the jihadists. 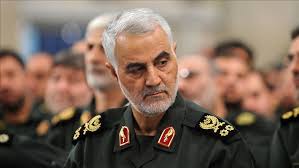 Since 2019, the revolt of Iraqi youth, directed against political immobility, has also turned against Iranian interference. Pro-Iranian militias like Hachd al-Chaabi, continue to defend the Iraqi regime,  Iran also positioning itself economically. 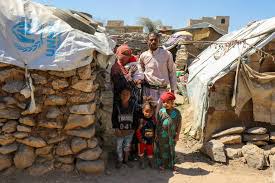 Yemen has a large Shiite minority (33% of the population), originating from the north of the country. The Houtis rebels, who launched an offensive in 2014 against the government. They are aided by members of Lebanese Hezbollah, but also directly by Iran, which provides them with military support. They manage to take the capital, Sanaa.

Opposite, Saudi Arabia supports the legitimate Yemen government and thus leads a proxy struggle against Iran. This war has claimed tens of thousands of lives and represents one of the worst humanitarian crises on the planet.