By Helenroyals (self media writer) | 2 years ago

When the news of the demise of Arotile hit the media during the week, the entire nation was shaken. This was not unconnected with the fact that not only was she too young to have gone, she was the first combat helicopter pilot Nigeria has ever had in it's 55 plus years history.

It is however noteworthy to that apart from her, there is another younger lady who happens to be the first in Nigeria Airforce of such record breaking achievement .

She is twenty two years old Kafayat Sanni. She was winged the same day as the late Tolu Arotile. Flying Officer Kafayat Omolara Sanni is the first female Airforce (jet fighter) in the history of the Nigeria Airforce (NA) 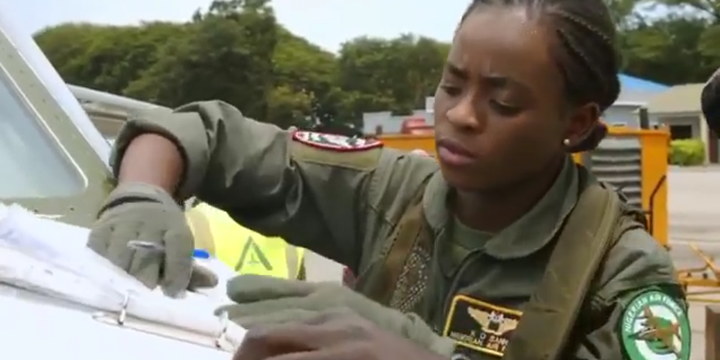 Officer Kafayat joined the Nigeria Defence Academy on the 21st of Septembermber 2012 and graduating to become Officer in September of 2017. She then proceeded to the US for the Aviation Leadership Program ALP which is a US Airforce funded program in June 2018. The International Military Student Officer at the Columbus AFB where she attended the ALP course, Captain Christy Martin was very excited at the feat of Kafayat. She was quoted by Thisday News paper as saying concerning her " Sanni has a very bubbly personality and was very positive throughout the whole entire training. Pilot training is a very stressful, strenuous course but she has always stayed positive". She described her as been very " determined to fly (jet) fighters in her country. 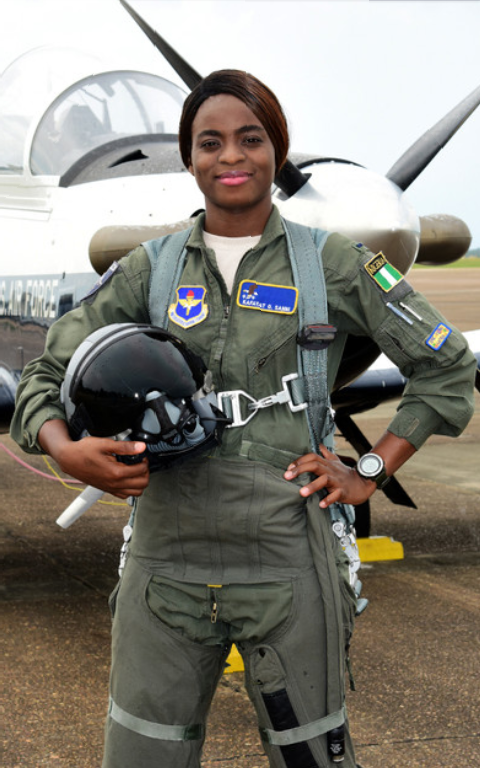 Kafayat was winged on the 15 October slinger 11 other fighter pilots and the late Arotile who happens to be the first combat helicopter pilot.

Watch the promotional video post by the Nigeria Airforce on the occasion of the winging of the young officers.