By Thengblog (self media writer) | 8 months ago

Though the exact date of the celebration is uncertain, most Muslim faithful around the world celebrated Eid-el-Fitr on May 13.

According to photos obtained by SaharaReporters, the insurgents were seen praying in groups of four in open fields.

The Nigerian military has consistently asserted that the rebellion has been mostly vanquished, and any casualties are often downplayed.

Insurgents have been targeting soldiers who set up ambushes in their way in recent months.

Since January 2021, hundreds of soldiers and officers have allegedly been killed.

During a clash in Goniri, a border village between Yobe and Borno states, a suicide bomber known as Abdullah al-Ansari rammed an explosives-laden pick-up truck into a military convoy, killing several soldiers.

The insurgents also killed about 20 soldiers in Malari, Borno State, in February.

The soldiers were on patrol pursuing reliable intelligence to clear some Boko Haram elements in the region when they were ambushed, according to SaharaReporters. 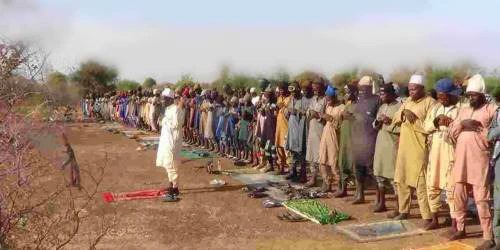 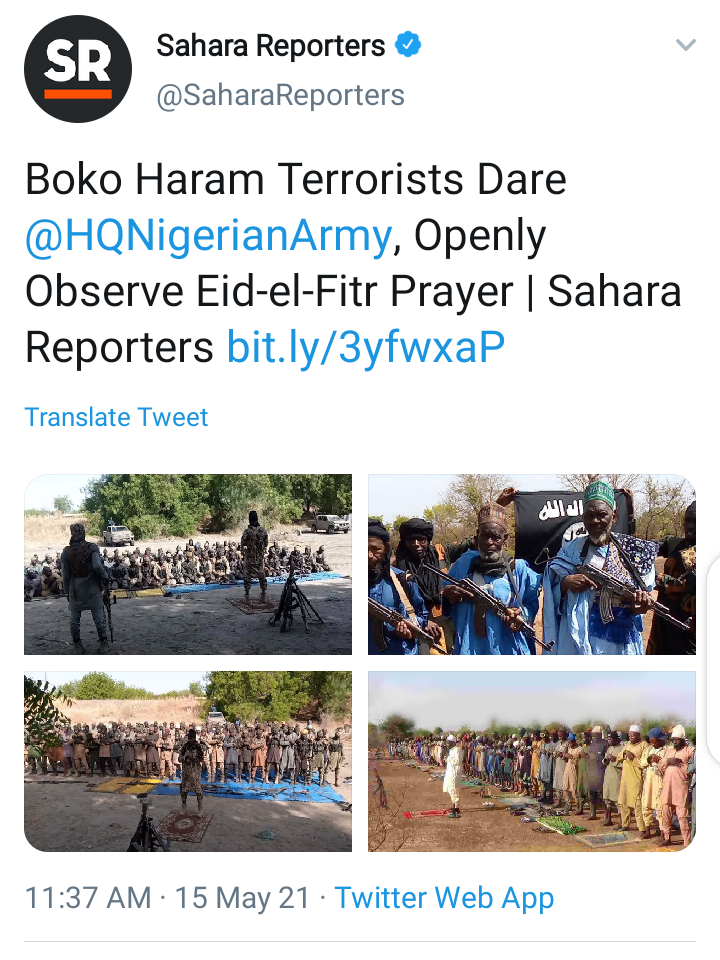