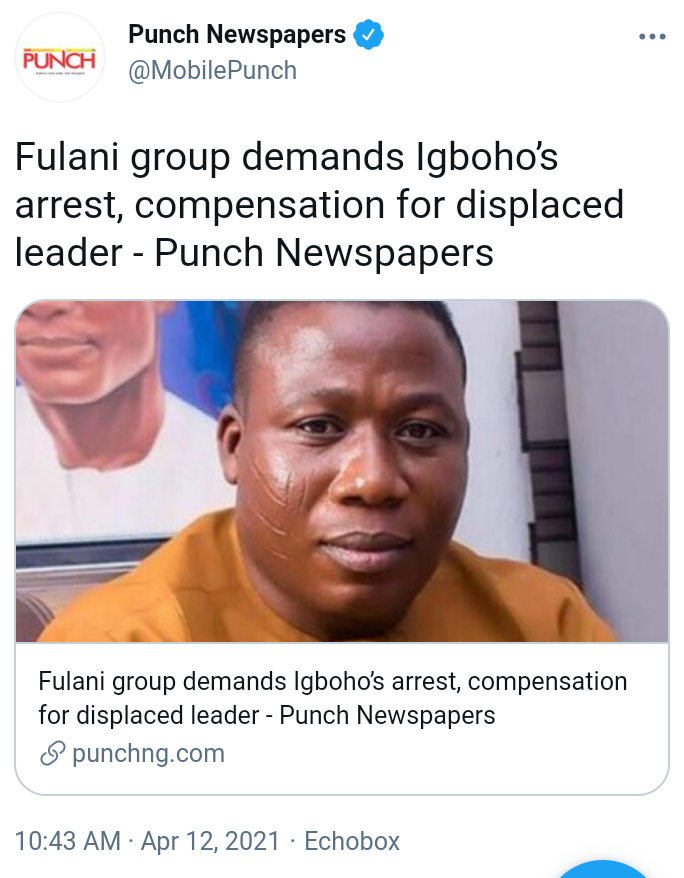 THE Gan Allah Fulani Development Association of Nigeria has called on the federal and Oyo state governments to ensure the return of the displaced Sarikin Fulani Igangan, Alhaji Salihu AbdulKadir, to Igangan in Ibarapa North Local Government Area of the state.

The Abuja-based GADFAN equally asked the governments to compensate the Sarkin Fulani for all the loss he and his people suffered during the alleged attack on their settlement by the acclaimed Yoruba activist, Sunday Igboho.

It also demanded the prosecution of Sunday Igboho and others involved in the unleashing of violence on Sarkin Igangan as well as the destruction of his property.

The association made these demands in a statement after its officials paid a solidarity visit to Alhaji Salihu in Ilorin, Kwara State.

The statement was signed by the National Chairman and National Secretary of GADFAN, Alhaji Sulaiman Yakubu and Ibrahim Abdullahi respectively. 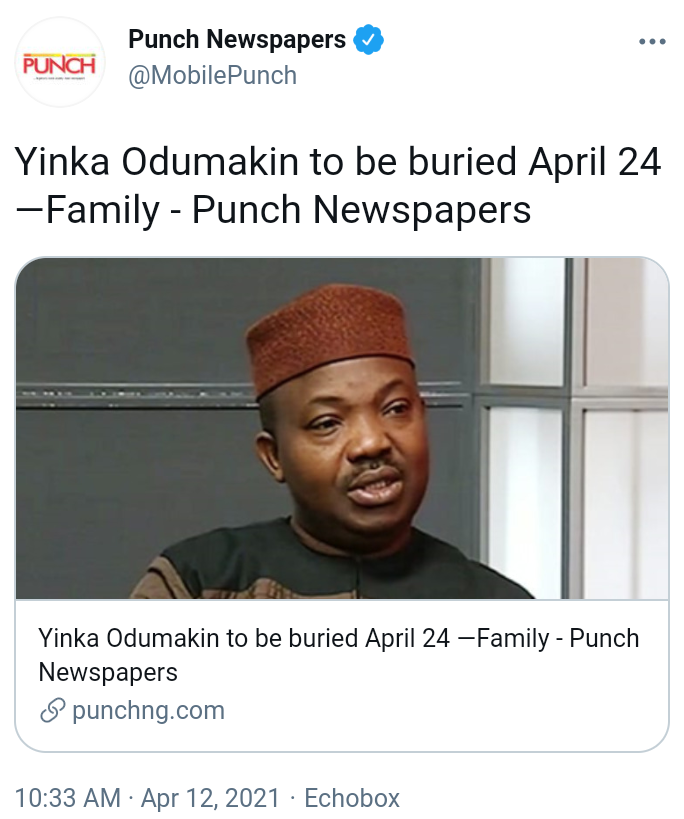 The family of the late activist and Afenifere spokesman, Yinka Odumakin, on Monday, announced the order of his funeral rites.

A terse statement by his widow, Dr. Joe Okei-Odumakin, on Monday said the rites would span three days – starting from Thursday, April 22 through Friday 23 and Saturday 24, 2021.

She said, “Thursday, April 22: Day of Tributes and Service of Songs at the Police College, Ikeja Lagos between 11 am and 4 pm while his body lies in state. 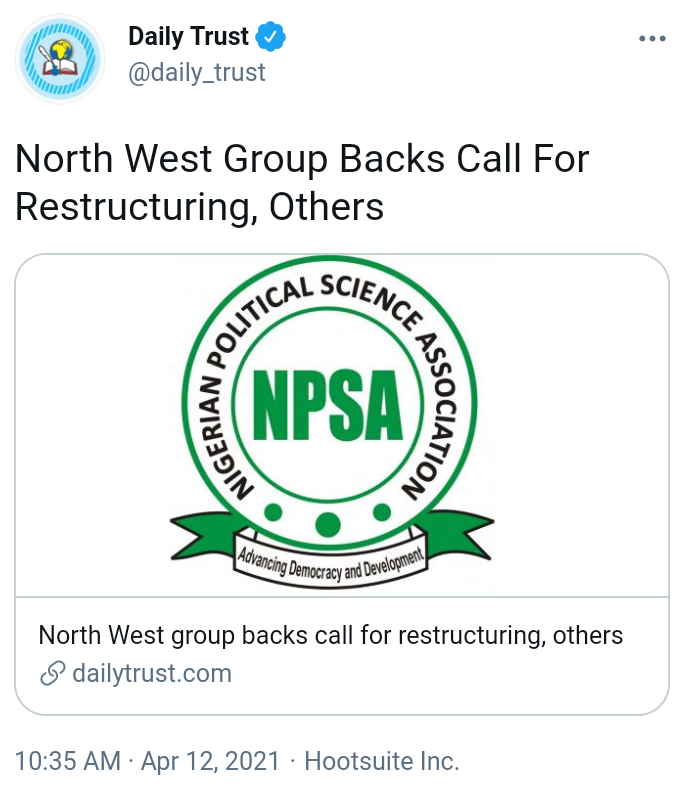 The Nigerian Political Science Association (NPSA), North West Zone, at the weekend joined calls for the restructuring of the country.

In a communiqué issued by its chairman, Professor Habu Muhammad Fagge, the association also sought for the creation of state police and review of revenue allocation formula.

The resolutions were reached at its maiden zonal conference in Jigawa with the theme ‘Federalism and Restructuring in Nigeria: Perspectives, Challenges and Prospects’.

The communiqué rejected the call for a sovereign national conference, arguing that, that would amount to the suspension of the country’s constitution.

The group said redefining or restructuring Nigeria’s federal system should be done on an incremental basis, which would require a continuous constitutional amendment process towards addressing challenges facing the country. 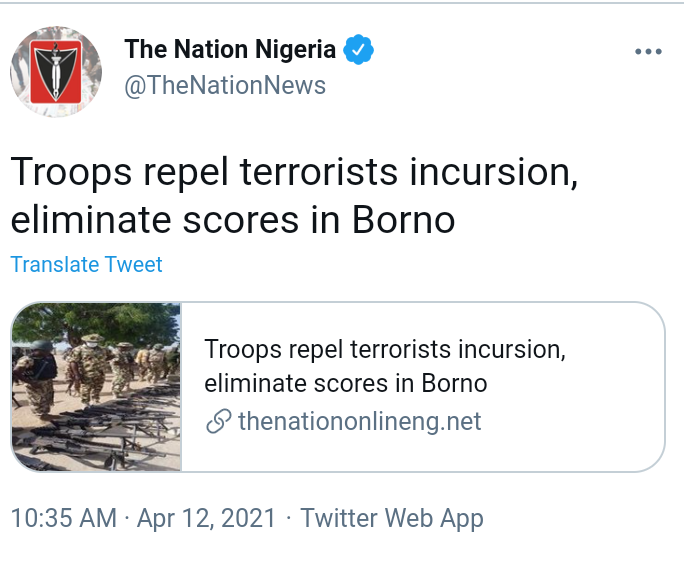 The Director, Army Public Relations, Brig.-Gen. Mohammed Yerima, in as statement on Monday, said the success was recorded on April 10.

Yerima said the troops engaged the terrorists with superior fire power both from the air and on the ground which compelled them to withdraw in disarray with several men and equipment casualty.

He disclosed that two gallant soldiers paid the supreme price while one officer and two other soldiers were injured in the encounter, adding that the injured were currently recuperating at a military hospital in Maiduguri.

He said the terrorists were supposedly lying in wait to attack troops and innocent citizens plying the busy road. 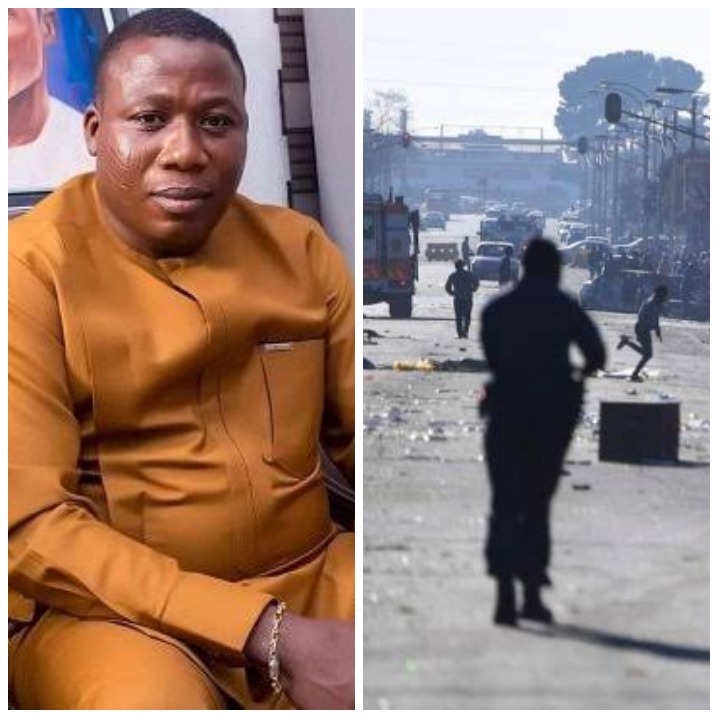 "Men, How Do You Tell Your Wife Her Food Is Salty Without Annoying Her?"- Lady Inquires On Twitter

Here Are Bold And Elegant Native Outfits For Mother And Daughter