Images making the rounds on social media show the Nigerian Islamic terrorist group, Boko Haram, openly celebrating the festival of Eid-el-Fitr in a gesture that seeks to throw shade at and defy the Nigerian military. 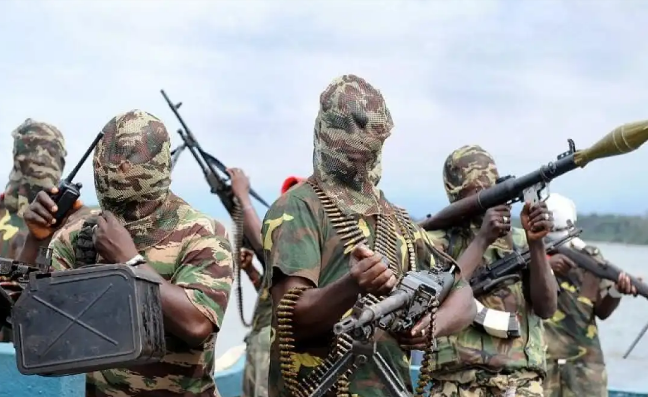 For those who don't know, Eid-el-Fitr which literally means, "feast of breaking the fast", is a worldwide Muslim observance that follows and marks the end of the month-long fasting of Ramadan which typically lasts from dawn to sunset.

Sahara Reporters speculates that the exact date the pictures were taken is unknown, but Eid-el-Fitr was observed worldwide on the 13th of this month. Four pictures were released by the terrorist group that show them observing the occasion.

In the pictures, members of the group can be seen praying in the open with mats spread out before, and under them. Their weapons of terror can also be seen laying on the ground, unmistakenly revealing them for who they truly are - a terrorist group hell bent on violence. 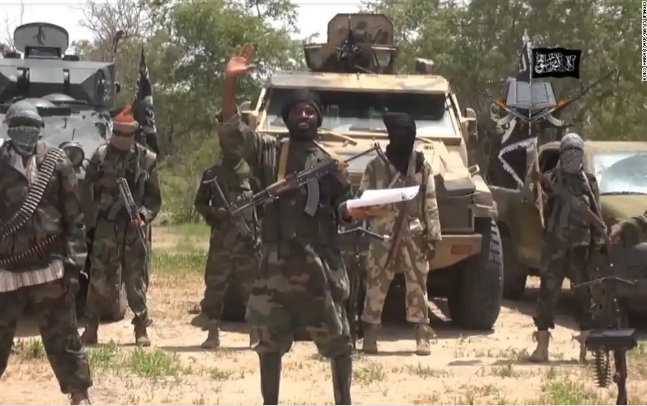 Ever since the onset of the group, it has been responsible for thousands of deaths in the country, especially in Northern states. Millions more have been displaced by them, prompting the military to take action which, sadly, has been to little or no effect. 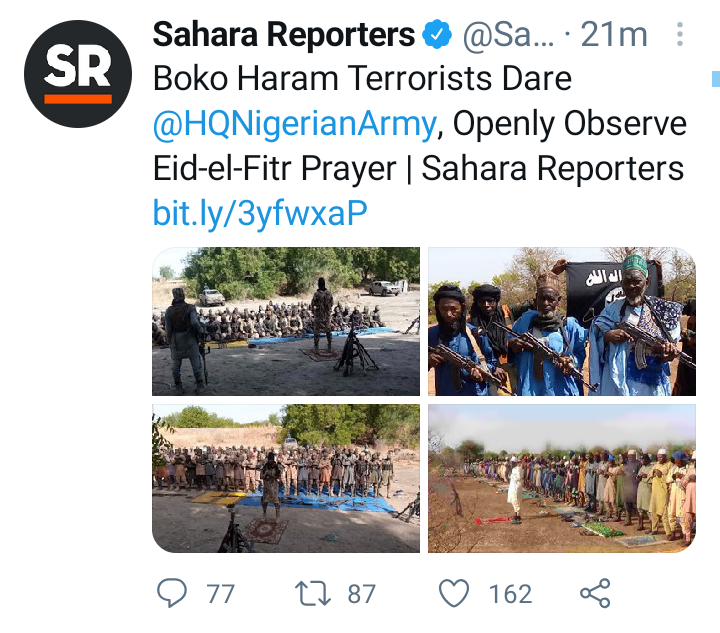 After Sahara Reporters revealed the images via their verified Twitter handle, this is what people had to say: 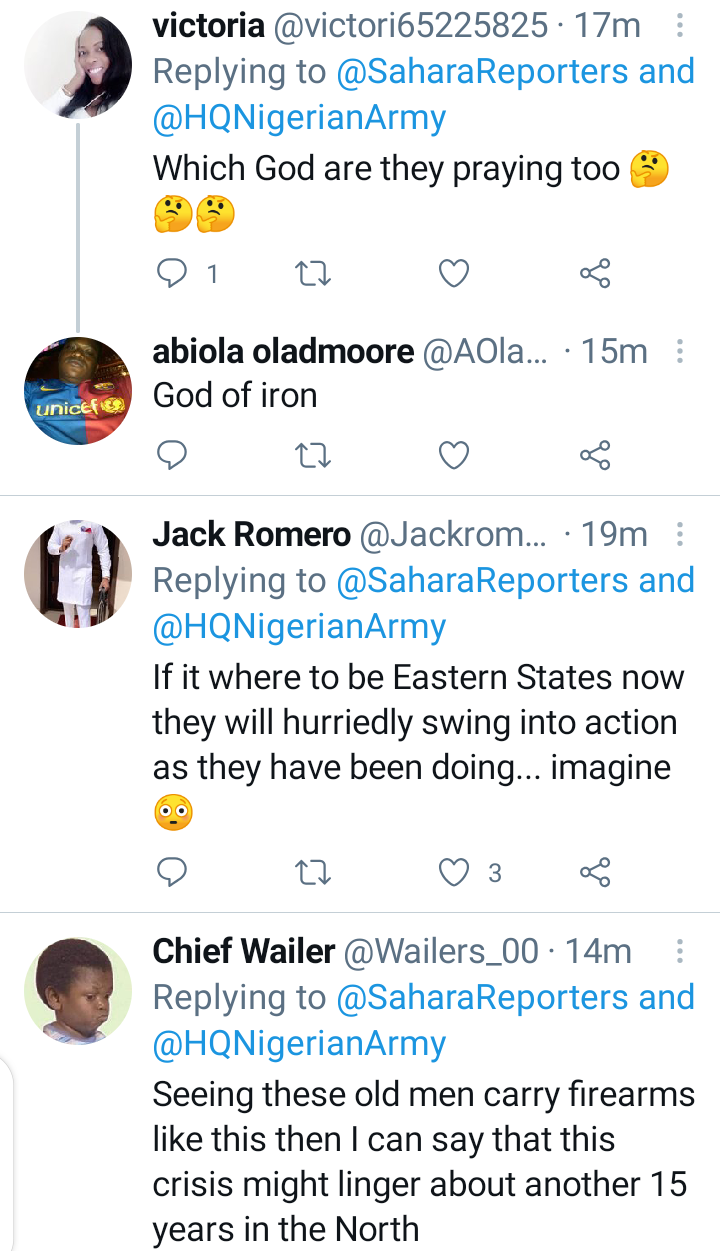 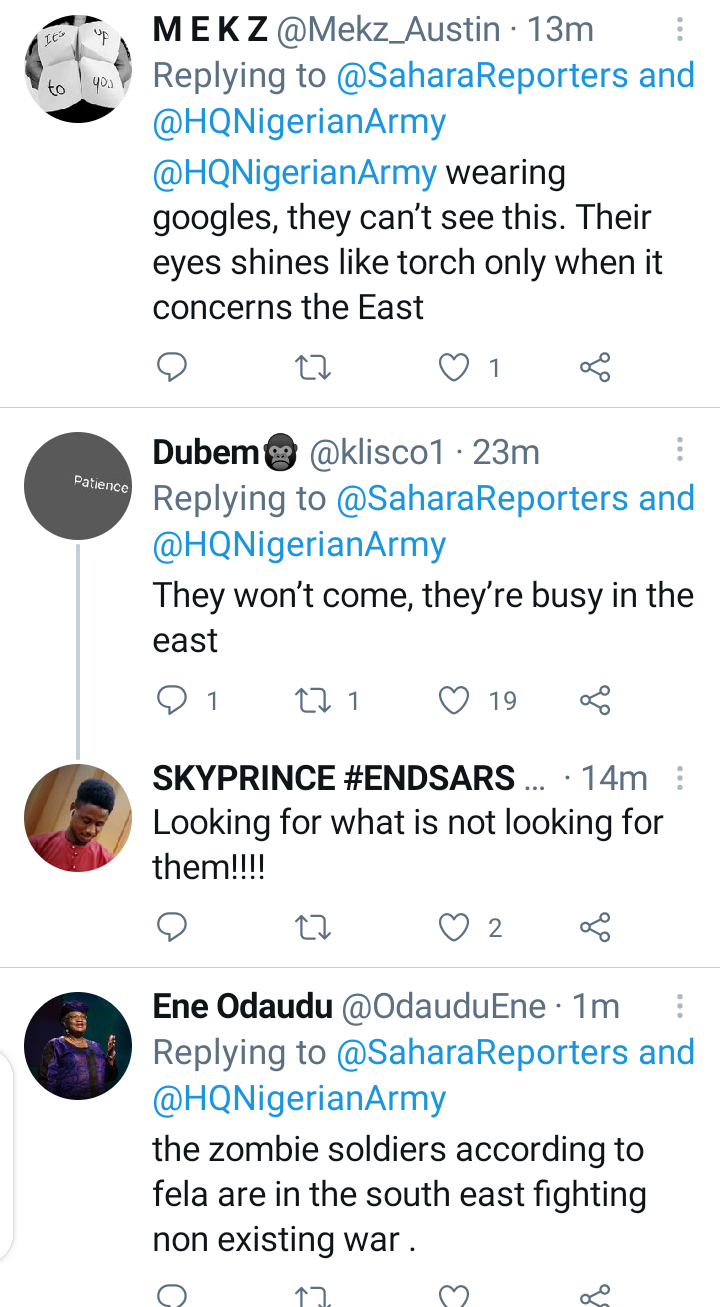 Many of the people wondered why such an organisation would even bother to observe religious rites, considering the heinous crimes they commit, while others decried what they see as the inaction of the military in decisively dealing with the group.

Do you think its hypocritical for Boko Haram to observe Eid-el-Fitr? Tell us what you think in the comments section below, and don't forget to SHARE the article for others to contribute.