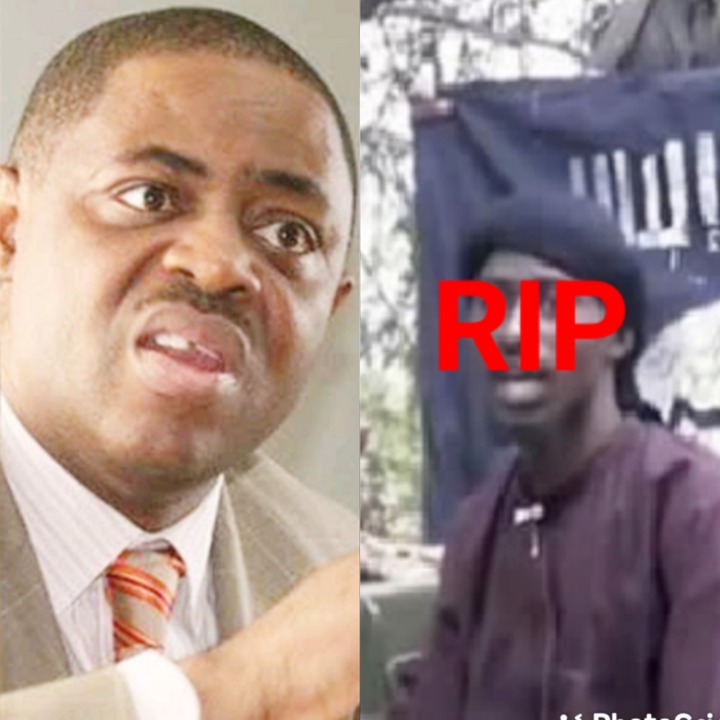 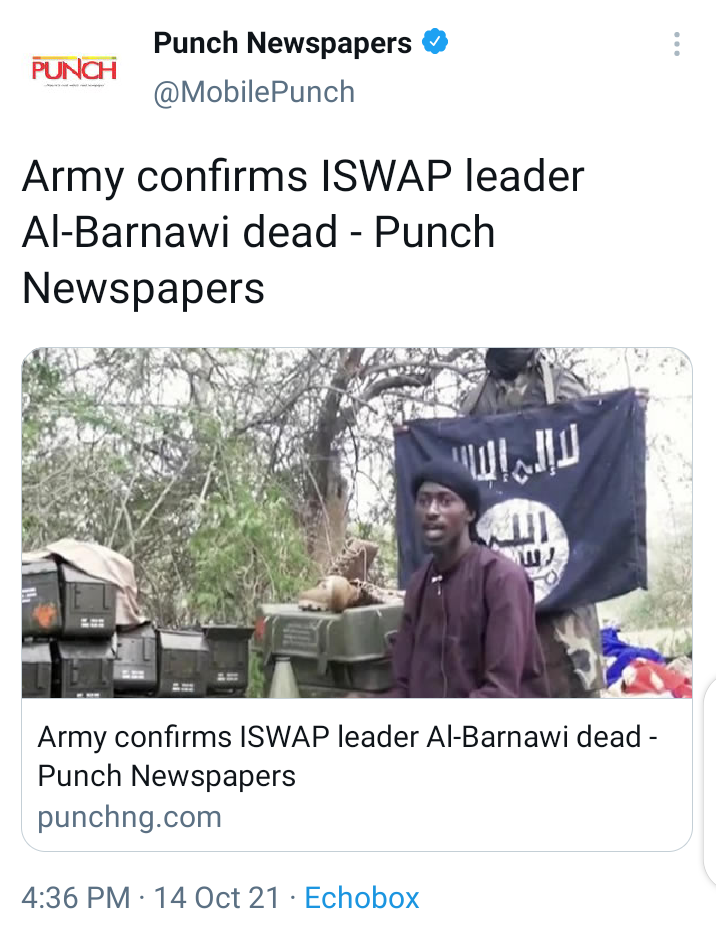 ISWAP has not given any confirmation of al-Barnawi’s death and Nigeria’s army has claimed before to have killed jihadist commanders only for them to reappear.

“I can authoritatively confirm to you that al-Barnawi is dead. As simple as that. He is dead and remains dead,” Chief of Defence Staff General Lucky Irabor told reporters.

He did not give details on how or when al-Barnawi had died.

Under al-Barnawi, ISWAP became the dominant jihadist force in Nigeria’s conflict, striking frequently at troops in an insurgency that has killed more than 40,000 since it begun in 2009.

Al-Barnawi’s loss would be blow to ISWAP’s structure just as it was consolidating since the death of rival Boko Haram commander Abubakar Shekau earlier this year during infighting between the factions.

But since splitting with Boko Haram in 2016, the group has shown its resilience and carried out large-scale ambushes on the military just in the last several weeks. 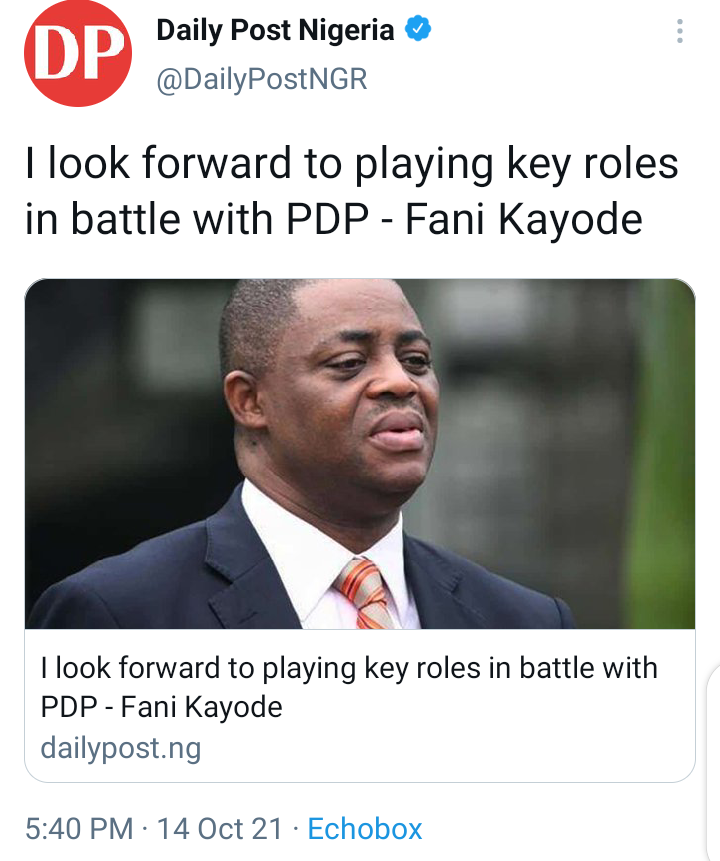 Former Aviation Minister, Femi Fani-Kayode, has expressed readiness to work with the Peoples Democratic Party, PDP, on both local and national issues affecting the country.

Fani-Kayode, who recently dumped the PDP for the All Progressives Congress, APC, made the assertion on Thursday via a post on his verified Facebook page.

The former Nigerian Minister however, noted that he is happy with his new party, stressing that he has been formerly registered as member of the party.

The post reads, “A few days ago, I had the honor and privilege of receiving Alhaji Umaru Sanda, Chairman FCT Registration Committee of the APC, Alhaji Gambo Zakeri Babale, AMAC Secretary of the APC and Engineer Usman Adaji the FCT Publicity Secretary of the APC in my Abuja home and I formally registered with the party. 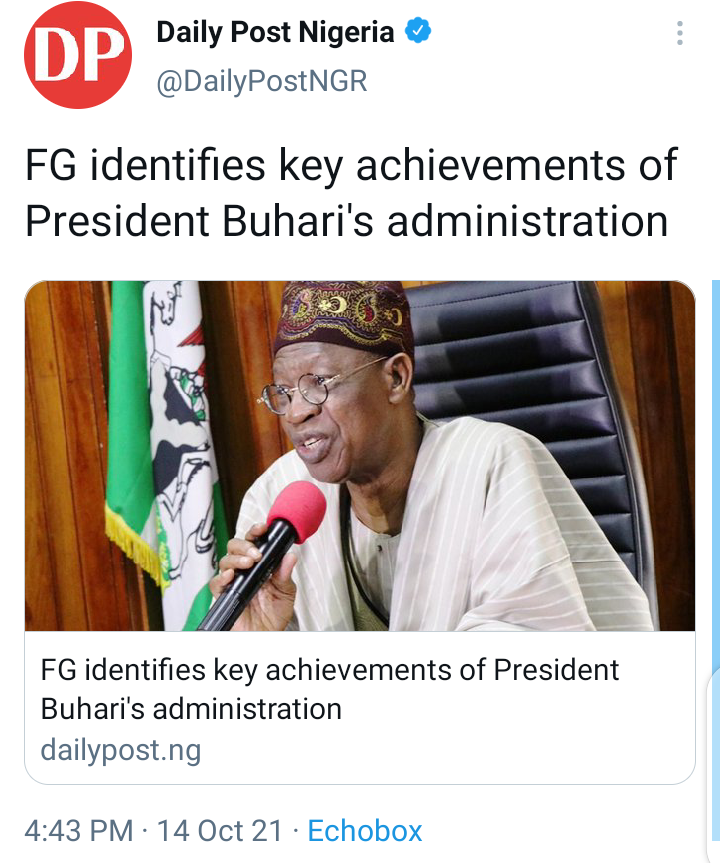 The Federal Government, on Thursday, identified social protection programmes of President Muhammadu Buhari such as the Conditional Cash Transfer as one of the key achievements of the current administration.

The Minister of Information and Culture, Alhaji Lai Mohammed, stated this in Abuja on Thursday at the 2021 FRCN Annual Lecture, with the theme ‘The Imperative of Disability Inclusion in National Transformation.

According to the minister, President Buhari has demonstrated an uncommon passion for inclusive social protection through the creation of lasting structures and institutions that will outlast his administration.

The Minister stressed that the President’s passion was demonstrated in the creation of the Ministry of Humanitarian Affairs, Disaster Management and Social Development to cater for, among others, the vulnerable in the society.