A group known as "Nka Ikemesit Mkparawa Essien Efik Duob-Eba", has given the Head of the Igbo community in Calabar, seven days to leave the town or face consequence.

"Naija News" gathered that the group is reportedly domiciled in the palace of the Obong of Calabar. 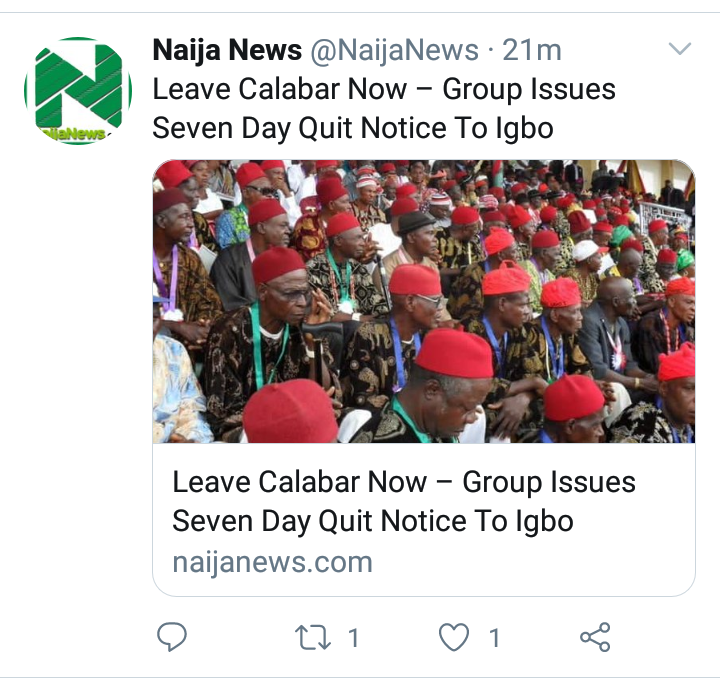 The quit notice was addressed to the leader of the Ndibo Community, Eze Ndigbo, in a statement issued and signed on Thursday by the Chairman, Ekpo Ekeng, Vice Chairman, Adim Ekpenyong Adim, Secretary, Ekpenyong Bassey Ekpenyong and Assistant Secretary, Christy Edem Bassey Edem.

The group accused the Eze Ndigbo of allegedly insulting the Obong of Calabar.

According to the Nka Ikemesit Mkparawa Essien Efik Duob-Eba, the Head of Igbo community also claimed to be the Obong of Calabar whereas he is not.

2) "NIN Is Not Mandatory For Voters Registration"– INEC.

The Independent National Electoral Commission (INEC) has said the National Identification Number (NIN) is not mandatory for the Continuous Voter Registration (CVR). 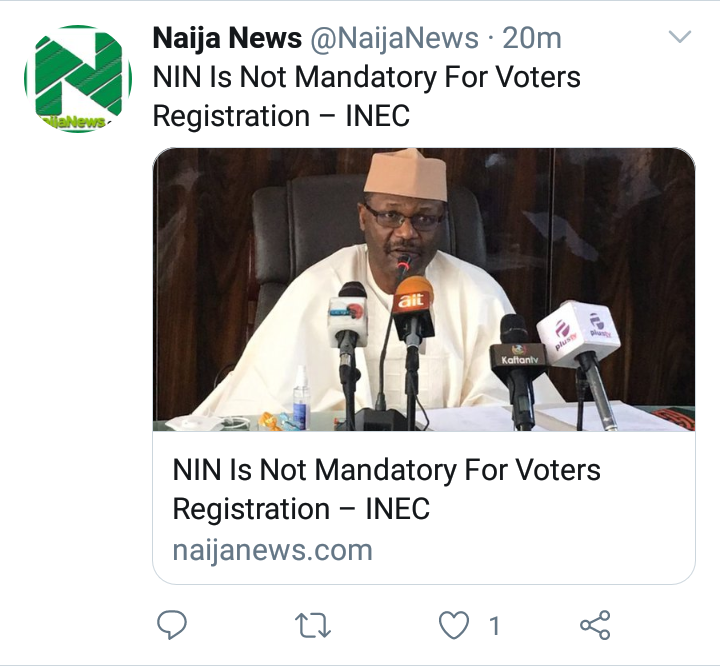 INEC Chairman, Professor Mahmood Yakubu, who made this known during a press conference in Abuja on Thursday, said the registration would span for one year, ending in the third quarter of 2022.

Speaking further, Yakubu said the NIN was not recognised by the country’s electoral law, the 1999 Constitution, and the Electoral Act. 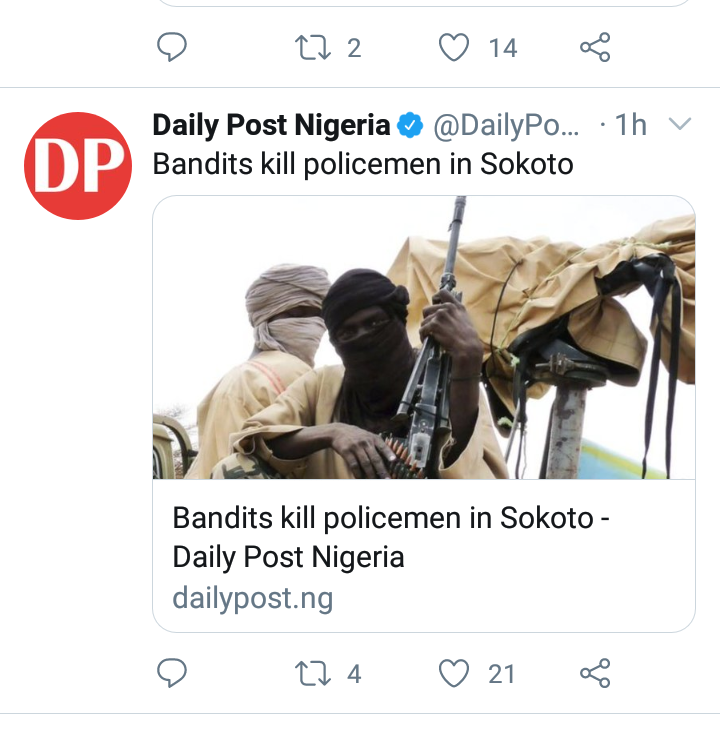 The policemen were part of the contingent the Inspector-General of Police, Muhammad Adamu, deployed to tackle banditry.

They lost their lives in an attack by a group of the outlaws in Bargaja village of Issa Local Government Area.

The Commissioner of Police, Kamaldeen Okunlola, commiserated with the families on Thursday.

The CP hailed their efforts so far and pledged support to strengthen and sustain the capacity of the unit.

Gunmen suspected to be members of the dreaded Boko Haram terrorist group have attacked Azir community in the Damboa LGA of Borno state killing one and injuring many. 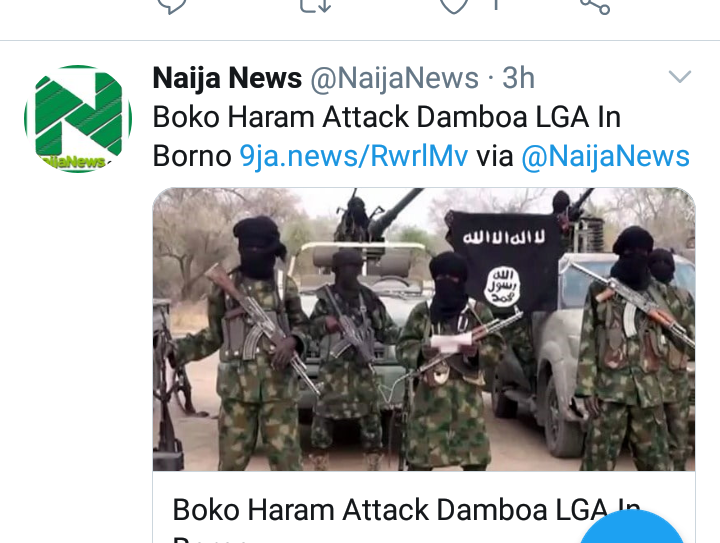 "Naija News" gathered that the insurgent looted foodstuff and livestock without confrontation and also set ablaze some residential houses in the attack that occurred on Wednesday.

Some fleeing residents who spoke to Vanguard said, “We are currently taking refuge in Damboa with no shelter and food despite this harsh harmattan weather".

Azir is about a 15km drive south of Damboa and is the only settlement with resilient people along the 100km Damboa – Biu road, as over 10 settlements were Displaced and remained ghost communities for over five years.

So, what advice will you give to the Federal government over the recent attacks by Boko Haram insurgents in Nigeria?.

Presidency Must Come To The South In 2023, It Is Non-negotiable - PANDEF

"Finally More Southern Leaders Are Waking Up, And They Are Courageous, Strong, And Bold"- FFK