By Prechdaklins (self meida writer) | 1 months 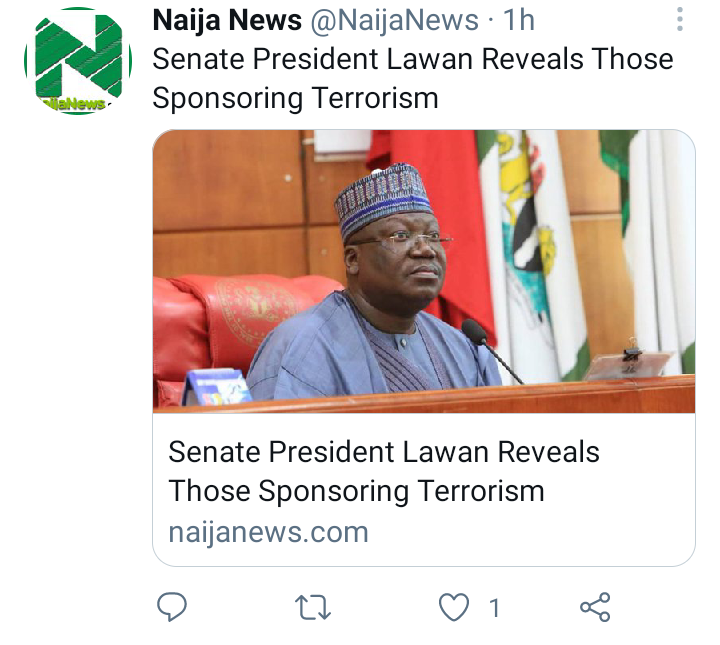 Senate President, Ahmad Lawan on Thursday revealed the identity of those sponsoring terrorism in the country. According to him, drug barons are funding insurgents groups to cause Insecurity in the country.

According to him, these drug barons who engage in heroin, Cannabis and cocaine have turned Nigeria into one of their major route for carrying out the illicit trade business which according to him, is one of the major factors causing Insecurity and terrorism in the country.

He urged the drug law enforcement agencies to tighten up their structures so they will be able to clamp down on drug traffickers in the country. 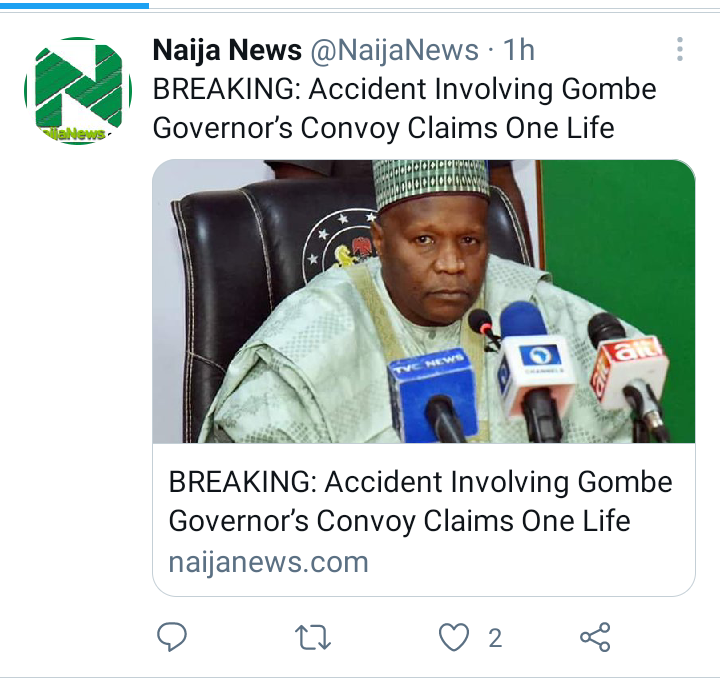 The convoy of the executive governor of Gombe state, Inuwa Yahaya was on Thursday involved in a traggic car accident. At the time of writing this report, details of the accident are still sketchy but, report revealed that a driver lost his life in the unfortunate incident. 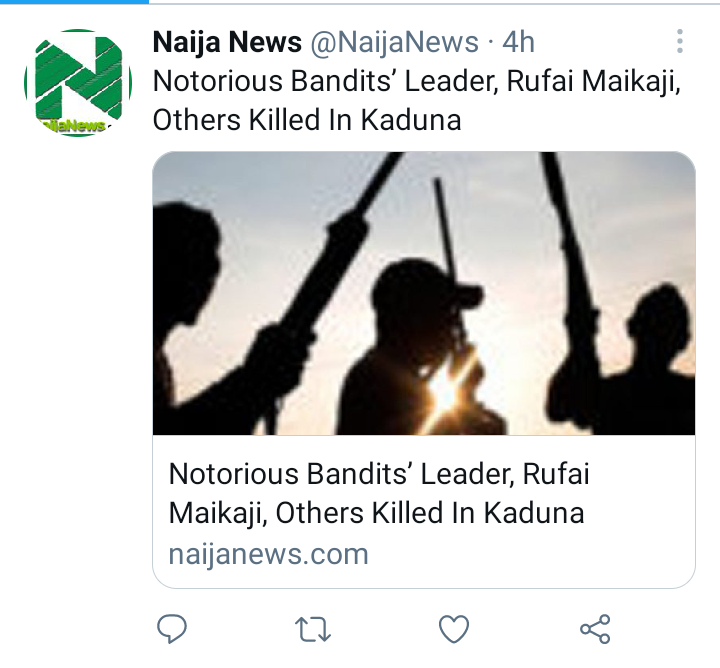 Popular bandits' leader, Rufai Maikaji who specializes in terrorising some areas in Kaduna has been killed alongside some of his accomplices during an airstrike in Igabi Local Government area of Kaduna. The deceased bandits' leader is believed to be responsible for the death of many innocent citizens as well as Kidnapping activities.

Governor Ortom Bans Use Of Corolla Camry in Benue Due To Killing Of Ex-Governor's Brother. 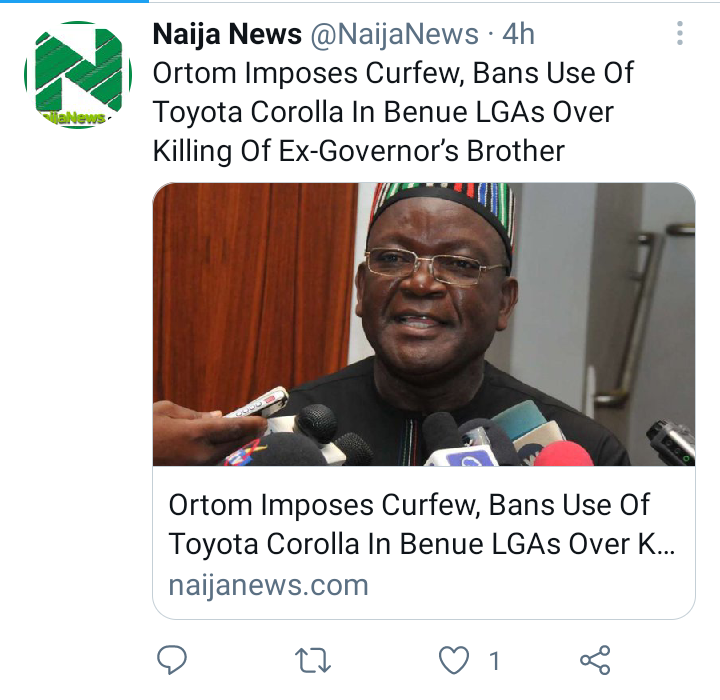 The executive governor of Benue state, Samuel Ortom has recently banned the use of Toyota Camry old model known as 'duck yansh' in three local government areas of Benue state due to the killing of Terkura Suswam, elder brother to former Benue state governor, Senator Gabriel Suswam on Tuesday night.

The governor however made exception for those using the banned vehicle for commercial purposes but with instructions that such vehicles must be properly documented and owners should ensure they load at the park.

What do you have to say about this? Do you believe drug Lords are responsible for Terrorism in Nigeria?

Do you think banning a certain category of vehicle is the right decision by Governor Ortom?

What do you have to say about the killing of the notorious bandits' leader in Kaduna? 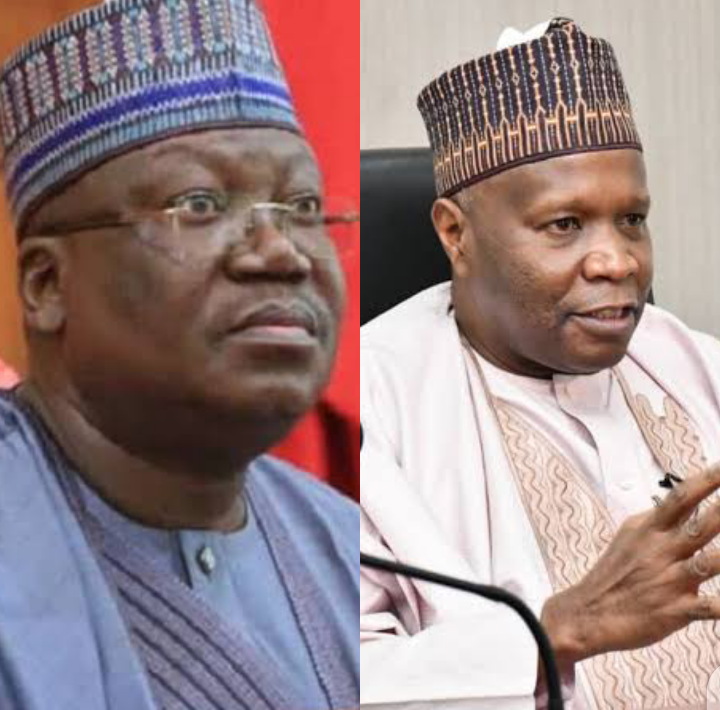 What FG Must Consider Before Choosing Railway For Cargo Evacuation

Industrial parks of Hainan FTP register revenue of over 466.5 billion yuan in 2020

Meet Actor Iyke Okechukwu, His Two Kids And Wife Who is Also a Nollywood Actress (Photos)

"Mind What You Eat, May God Help Us All"- Femi Fani-Kayode Reacted Over A Video

The Way Forward For Nigeria To Escape Banditry and Terrorism