By maximumgist (self media writer) | 5 months ago 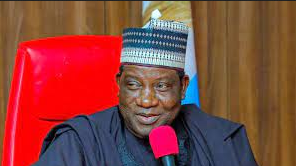 A community inhabited by the Anaguta ethnic group, Yelwan Zangam in Jos Plateau State, was invaded by suspected Bandits on Tuesday night.

The attackers drove into the community in their large numbers, killing over 36 people including children, women and aged persons.

Most of the victims died of gunshots injuries, while those who were butchered were burnt.

Following the development, the youths protested on the street with the corpses of the victims, before dumping them at the Government House. They berated the state government for failing to protect the residents.

According to Sahara Reporters, a Military Information Officer of the Operation Safe Haven (OPSH), Major Ishaku Takwa, confirmed the incident in statement, it reads, “The attackers came in the night and started house to house shooting of unsuspecting members of the community. The gunmen also destroyed houses and the bridge linking the town to the community making access to the area difficult for security agencies.

“Troops of Operation Safe Haven mobilized to save the community were slowed down by the destruction of the bridge by the marauders. Troops eventually got to the scene of the attack by navigating through other villages and met some houses already burnt and casualties recorded. Troops are in pursuit in the direction the killers fled.”

It was reported that, most of the villagers were fleeing for fear of further attack.

Meanwhile, the state government has re-imposed a 24-hour curfew in the troubled local government till further notice.

Content created and supplied by: maximumgist (via Opera News )