By Grewupwriter (self media writer) | 17 days ago

The Coalition of Northern Groups (CNG), has expressed worry over the latest twist in Nigeria’s security situation that has allegedly exposed the total failure of the government to check growing national threats. 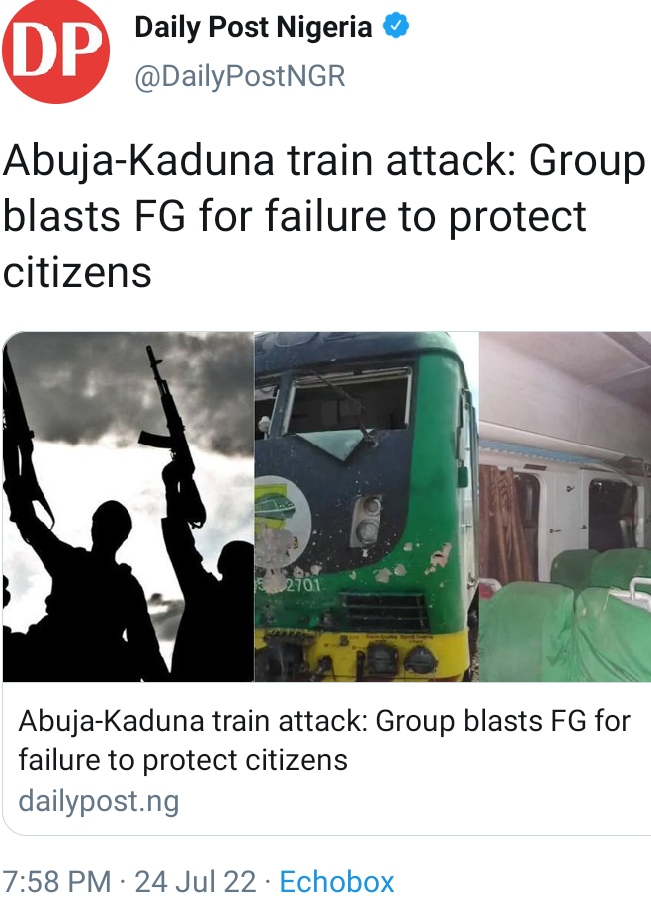 The group opined that in the face of the latest development, Nigerians would be right to resort to self-protection, saying that obviously, the bandits and insurgents have sensed a huge vacuum in the capacity and political will to challenge them.

The statement stated, “We are extremely worried by the latest twist in Nigeria’s security situation which has exposed the glaring failure on the part of our government to check growing national threats,” the spokesman of CNG, Suleiman Abdul-Azeez in a statement said. 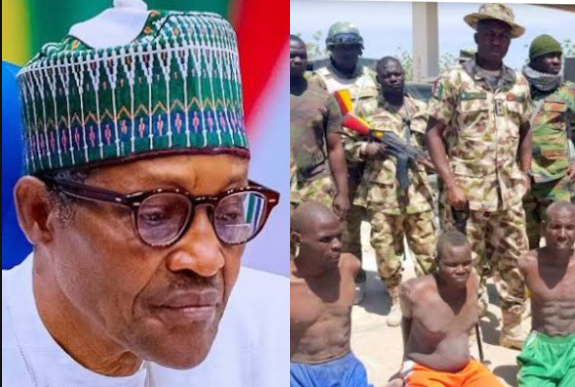 Four fake soldiers have been arrested by operatives of Lagos Police Command after the car they were travelling in was intercepted at Iju area of the State on Sunday. 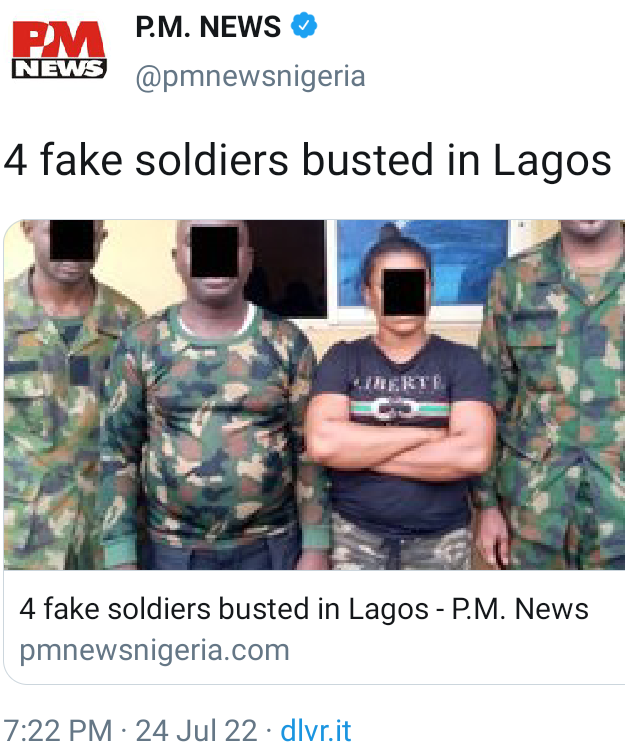 Benjamin Hundeyin, spokesperson for Lagos Police Command announced the arrest in a short statement of his twitter handle.

He listed the name of the suspects made up of three men and one womas as Samuel Abel, Victor ljeemai, Lukman Salabiu and

Presidency: Why you should be in jail – Asari Dokubo hits Peter Obi

A former Niger Delta militant leader, Asari Dokubo, has claimed the presidential candidate of the Labour Party, LP, Peter Obi, should be in jail. 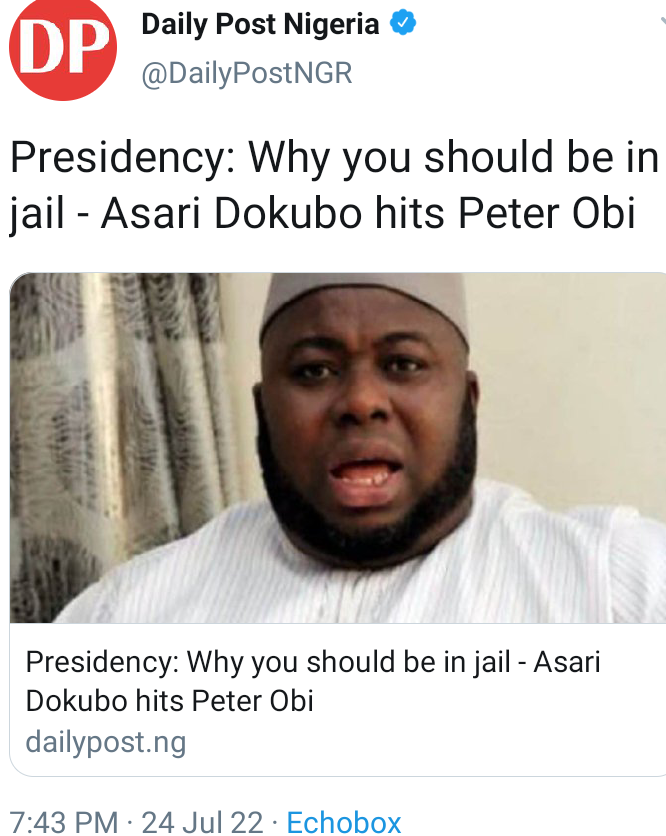 Dokubo said Obi should be in jail for investing the funds of the Anambra State government while he was a governor.

He criticized the former Anambra State governor, alleging he invested the state funds in a family business.

Mikano International Limited, promoters of Mikano Generators, has denied any link to former Vice President and the presidential candidate of the Peoples Democratic Party, PDP, in the 2023 general elections, Alhaji Atiku Abubakar. 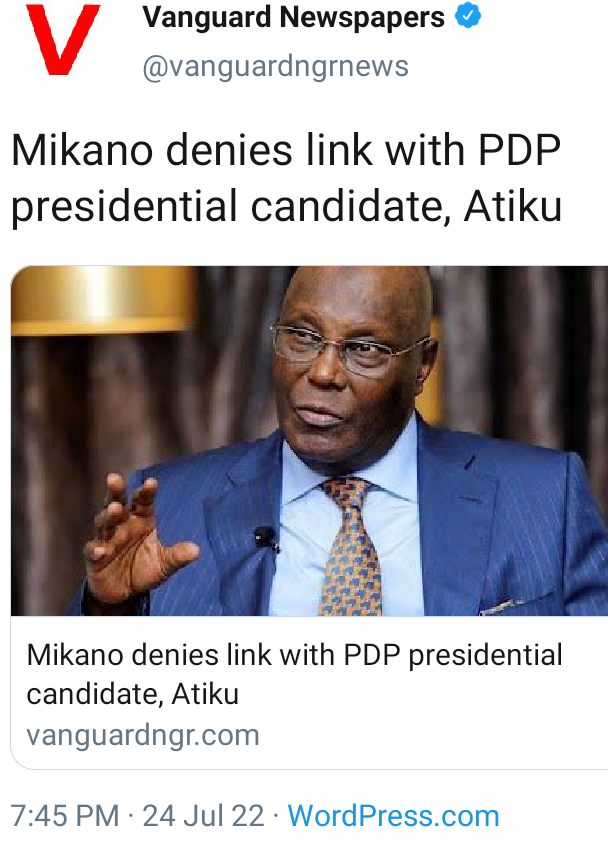 The Managing Director of the company, Firas Mamlouk in a statement said Mikano is not affiliated to the former vice president in any way.

The Indigenous People of Biafra has commended the United Nations for kicking against the extraordinary rendition of Nnamdi Kanu and directing the Federal Government to release him unconditionally. 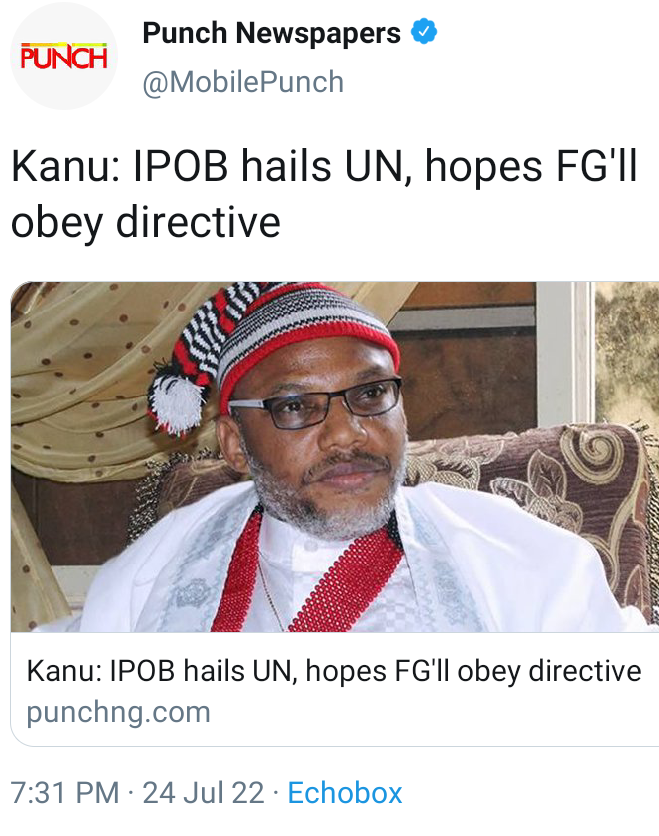 The group described the development as a “landmark victory” for Biafrans worldwide.

In a statement on Sunday, the group’s Media and Publicity Secretary, Emma Powerful, said the IPOB hoped that Nigeria, as a member of the United Nations, would take heed and promptly obey and implement the directive to the letter.

Content created and supplied by: Grewupwriter (via Opera News )