People Can Live In Peace With Bandits Says Sheikh Gumi: How True Is That

By Olatunbosunsuccess (self media writer) | 17 days ago

There is a popular saying in South Africa that has gone through several translations from different perspectives. It is even more poetic than literal. The word is "Ubuntu" which means "I am because we are". It is why no one should be surprised at the proliferation of armed bandits particularly in the North-west region of the country. It is because the region gives them the enabling environment to flourish. There are bandits because those who should condemn them to give them moral and financial support.

As reported by the Premium Times, Dr Ahmad Gumi has yet again climbed his controversial pulpit to ask that people live in harmony with bandits. According to him, people in the terrorised North-west of Nigeria should develop mutual relationships with the bandits. Whatever that means to the Islamic Cleric does not offer any logical explanation to a sound mind. 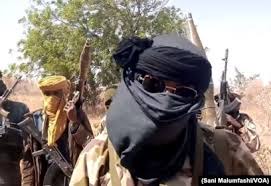 Meanwhile, it should be noted that one of the reasons over a thousand schools have been shut down in the region is because Sheikh Gumi has been advocating for those criminals with all his vigour, it should be on record that a whole Zamfara state shut people out of telecommunication for a while to fight the bandits because Gumi did not allow the authority to nip them in the bud on time.

Not that only, instead of supporting the security personnel as an ex-military officer to route out the criminals, he went around giving justifications to their actions and collecting huge donations for the criminals, and the outcome of is gestures is that they keep multiplying in numbers and have become more daring than before. 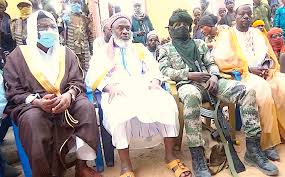 Further from that, what the Islamic scholar is trying to say is that people should voluntarily give to the bandits whatever they demand to preserve their lives, but to what extent? How can you ask people to live in harmony with nefarious criminals? In a sane clime, the Sheikh should be facing some serious prosecution for constantly being the mouthpiece of criminals.

Furthermore, both the Senate and the federal House of Representatives have just asked the President to designate them as terrorists because they have made the region inhabitable, but Sheikh Gumi is again asking people to accept them and live with them in peace. 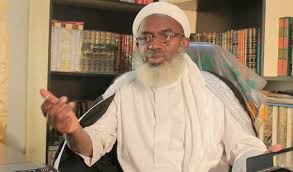 Moreover, the preacher did not tell us what the cost of living with armed bandits in peace will be. People who have kidnapped children of less than 5 years of age and kept them in the forest without mercy, criminals who have raided people's houses and property and burnt everything to ashes unprovoked, the same rogues that are responsible for the death of many of our gallant officers, Gumi is asking that we accept them like that and let them continue to terrorise our society.

Nigeria is 61 years post-independence today, and we are still talking about accepting bandits as one of us when other Nations are making waves on several fronts of development.

"If Barcelona think they need me, they just have to call me" - Dani Alves speaks out