Anybody against Eastern Security Network is a terrorist or slave, Nnamdi Kanu blows hot.

By Infogist (self media writer) | 9 months ago

The leader of the Indigenous People of Biafra (IPOB), Mazi Nnamdi Kanu, has cleared the air and said that the purpose of creating Eastern Security Network, was to fight terrorists and bandits in the southeast region and was never to fight a particular tribe or religion. 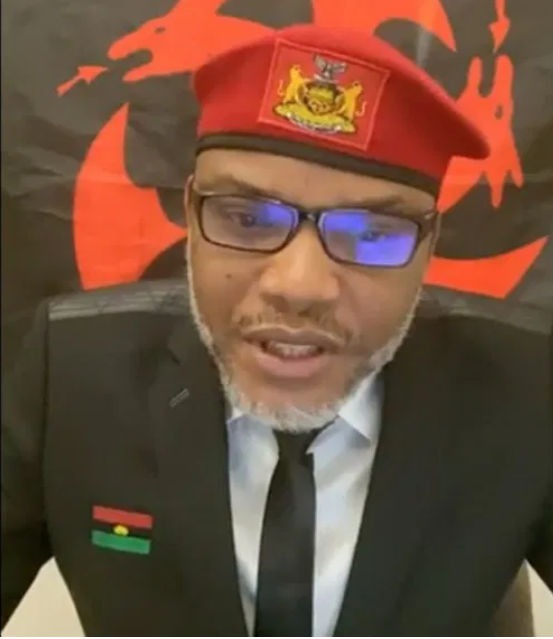 Recall that IPOB has been accused by the former Inspector General of Police, Muhammed Adamu, of being responsible for the attack launched on Imo Police Headquarters and Correctional Center, which led to the escape of 1,800 inmates.

Recall also that the Eastern Security Network, has also been accused of attacking Northern citizens living in the southeast region.

In response to all the above accusations, the leader of IPOB, on Tuesday, April 23, took to his Twitter page to clarify that Eastern Security Network, never attack tribes or religion but terrorists who kill people, irrespective of their religion or tribe.

He added that anyone who is against Eastern Security Network should be regarded as a terrorist or slave.