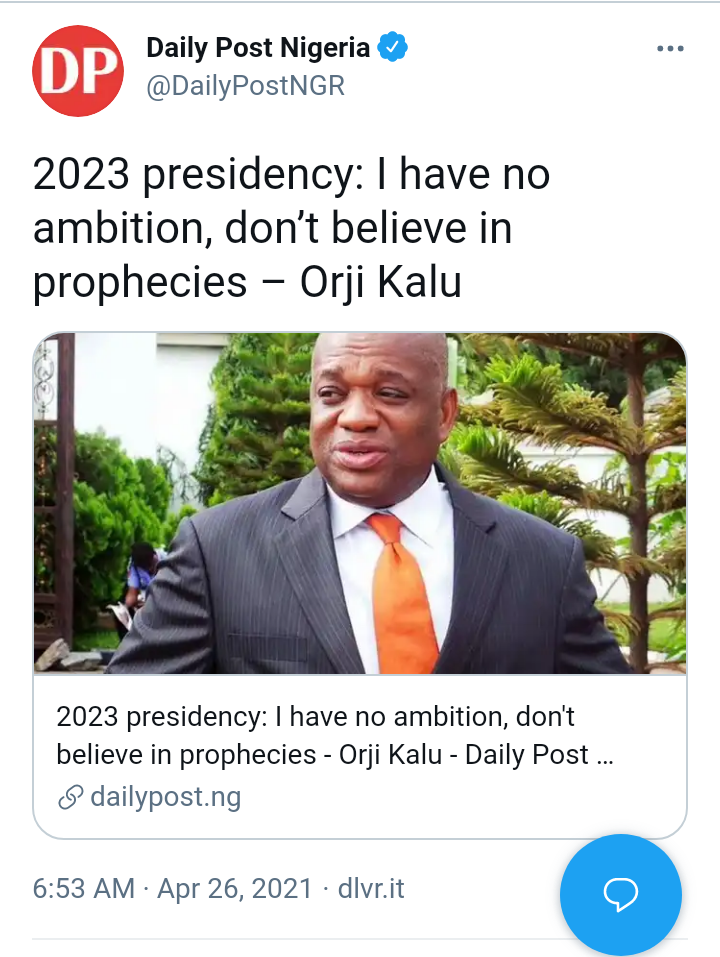 Former Governor of Abia State, Senator Orji Kalu, has said that he has no ambition to become Nigeria’s President.

Kalu, however, said he will not reject the offer if he was given, adding that he is capable mentally and otherwise to lead the country.

Uzor Kalu also insisted that it is the turn of a Southeasterner of Igbo extraction to become President if Nigerians want to be fair.

The former Abia Governor spoke during an interview with Channels Television on Sunday, adding that he does not believe that prophecies will take him to Aso Rock.

He waved aside prophecies from some clergymen that he will be Nigeria’s next president. 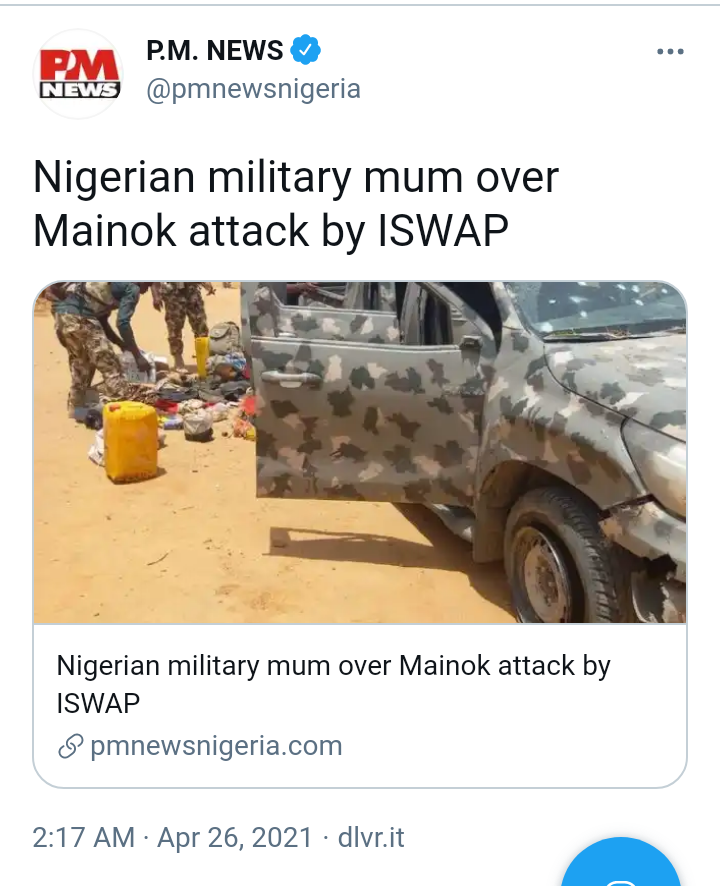 Nigerian military authorities have kept mum many hours after terrorists from Islamic State West Africa Province(ISWAP) ambushed a military convoy and also attacked the military base in Mainok, Borno State on Sunday.

Multiple reports said Nigerian troops suffered many casualties and that the base was destroyed, as well as the police station in the town.

Mainok is about 50 kilometres from Maiduguri, the state capital.

How insurgents could hit the town in broad light in multiple gun trucks and Mine-Resistant Ambush Protected vehicles (MRAPs), still beats the imagination.

How they could also have made away with some of the new MRAPs being delivered, only underscored the weakness of Nigeria’s military position in the theatre of war.

While PR Nigeria reported that Nigeria suffered some casualties, some other reports were emphatic that dozens of Nigerian soldiers paid the ultimate price defending their position.

And there was the tragic dimension that Nigerian Air Force fighter jets bombed Nigerian soldiers in error, killing many and adding greatly to the casualties suffered from the ISWAP attack. 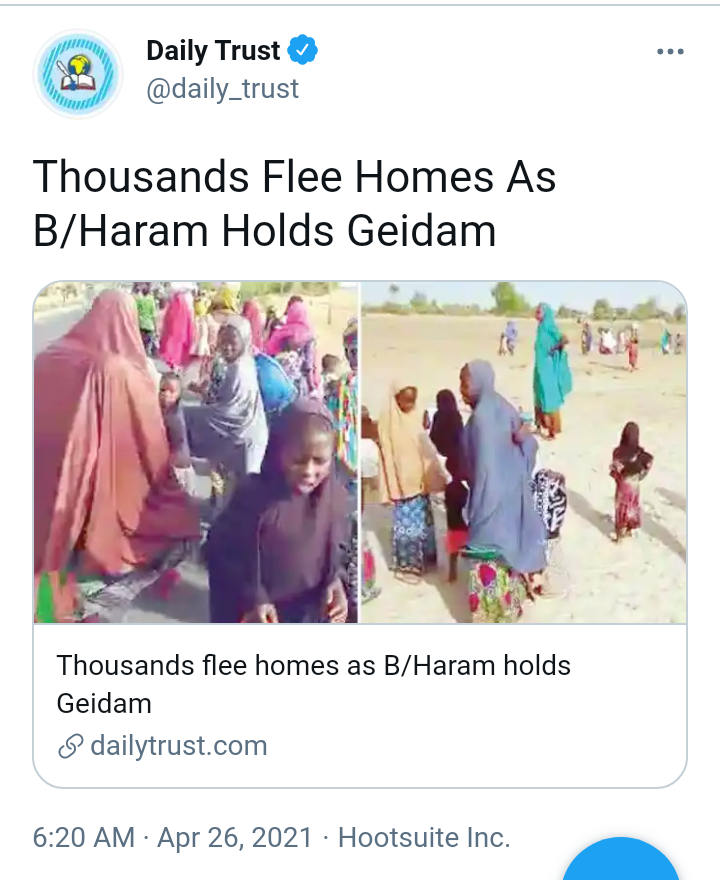 Fighters of the Islamic State in West Africa Province (ISWAP), who besieged Geidam town in Yobe State on Friday, have remained in the town, consolidating control while thousands of residents flee to nearby Yunusari Local Government and Damaturu, the state capital.

Over 2,000 residents including children and aged trekked long distances to safety.

The insurgents, who have taken position within residential parts of the town, have being engaging the military in the town in a heavy gun battle for more than 48 hours.

Residents told our reporter that the insurgents were boasting to the locals that they will dislodge a military base located in the town. Troops have, however, put a strong residence even as they were being restrained by fear of recording too many collateral damages. 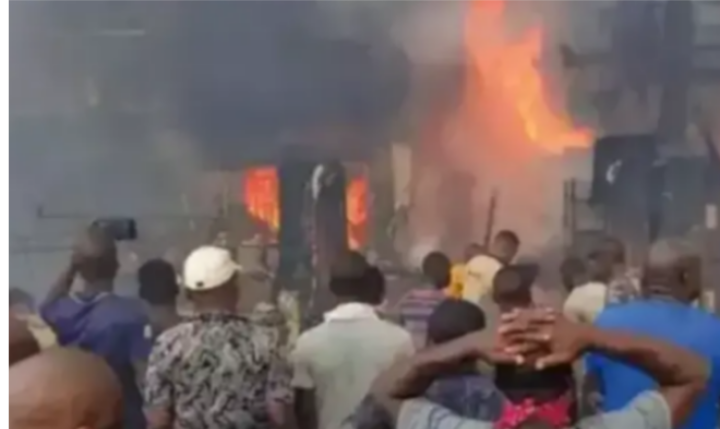 On Saturday, 11 members of a family were killed when an explosive device targeted at the insurgents landed on their homes. The victims were buried yesterday in Damaturu after fleeing parties evacuated their corpses.

The insurgents struck through the eastern part of the town on Friday evening in more than 20 Hilux gun trucks.

Our correspondent gathered that after initial airstrikes by the military, the insurgents beat retreat but they returned hours later and have been wreaking havoc on the town.

The insurgents cut off two major communication networks in the area, belonging to Airtel and MTN as they forced shops opened and carted away food items.

Chairman of the local government, Ali Kolo Geidam, who spoke to our correspondent over the phone confirmed that thousands of his people have fled the town and its environs. 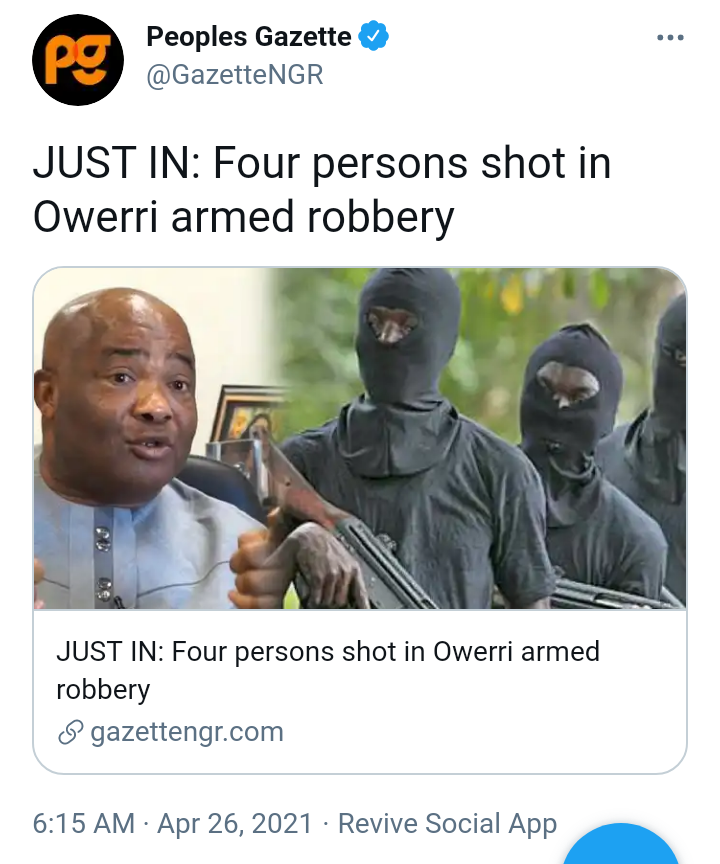 The police command in Imo has confirmed Sunday’s robbery attack on motorists in the Orji area of Owerri, in which four persons were shot.

The command’s spokesperson, Orlando Ikeokwu, confirmed the incident to the News Agency of Nigeria in Owerri.

Mr Ikeokwu said the victims were taken to the Federal Medical Centre, Owerri.

The robbery took place near the Orji Divisional Police Headquarters on Owerri-Okigwe Road around 10.30 p.m.

It was learnt that the armed robbers, who were trailing an unmarked security vehicle, double-crossed it at Orji and opened fire on the driver.

A witness of the robbery explained that the gunmen also robbed other motorists and commuters in commercial vehicles at the spot.

The witness added that the robbers shot sporadically after the operation and fled the scene. 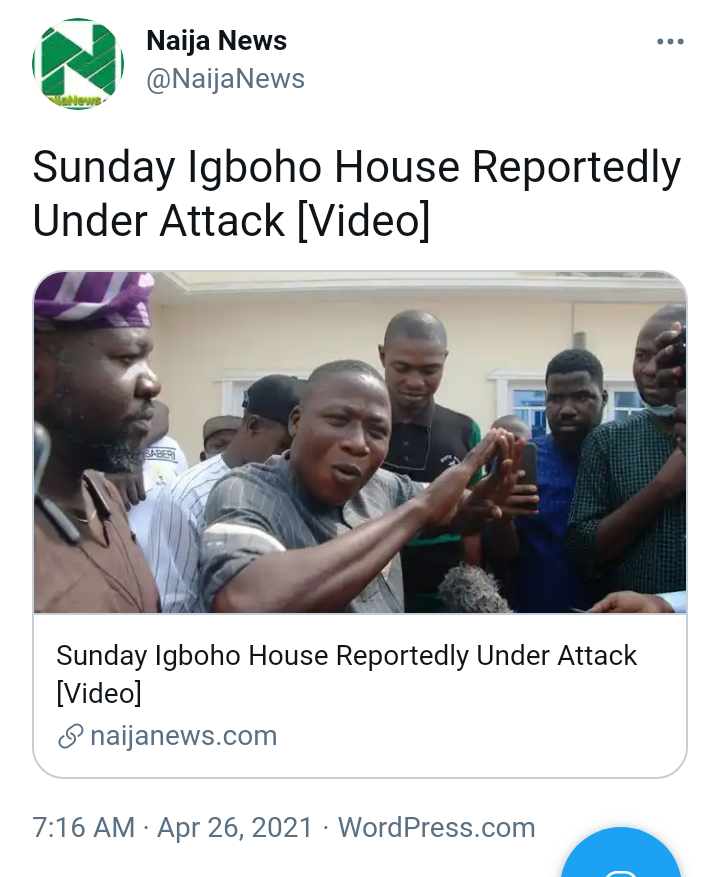 The residence of popular Yoruba activist, Sunday Adeyemo also known as Sunday Igboho has been allegedly attacked by men of the Nigerian Army.

Naija News reports that this was made known by Igboho's spokesman, Koikimedia who did a live video to make the announcement.

As at the time of filing this report, the reason is yet unknown.