Opinion: There Is Urgent Need For A Military Clampdown In The South-East Region Of The Country

By HarmlessAloy (self media writer) | 15 days ago 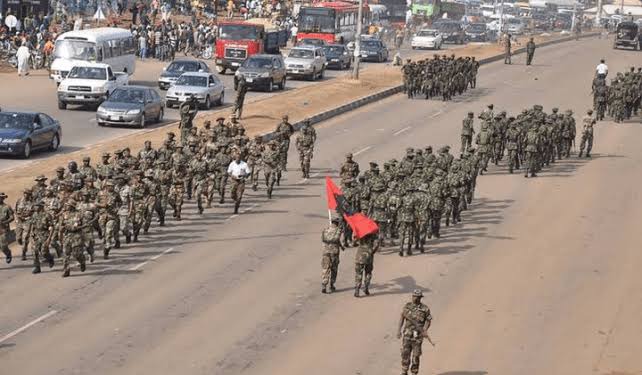 It is very obvious that the operatives of the unknown gunmen are gradually recovering from the impact of DCP Abba Kyari's visit to the region. Over the past few months, after Abba Kyari's visit, the Southeastern region have experienced absolute tranquility not until some weeks ago when the echoes of the dreaded unknown gunmen started reverberating within the region. The issue is even more precarious and sensitive because the leadership of the Indegenous People Of Biafra (IPOB) have distanced the proscribed group from the criminal activities of the unknown gunmen.

The gradual and consistent murder of many political elites within the region is becoming so alarming. Over the past few weeks, a good number of Igbo leaders have been assassinated without any reasonable trace. Recently, the husband of the late former director of NAFDAC, Prof. Dora Akunyili, was murdered in his Anambra hometown. It has been similar painful stories within the Southeastern region. 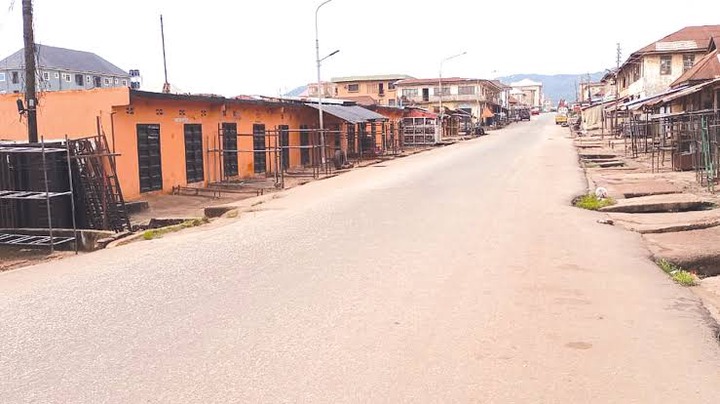 (An abandoned street during a stay-at-home order).

On many occasions, people have been maimed for not observing the stay-at-home order and many businesses have been destroyed for similar reasons. Recently, Prof. Chukwuma Soludo - the former governor of the Central Bank of Nigeria and the governorship candidate for APGA in the forthcoming Anambra state gubernatorial elections - has revealed that Anambra state loses an estimated #19.6 billion on every Monday when the stay-at-home order is enforced. Many Southeastern states have recorded similar economic downturn. 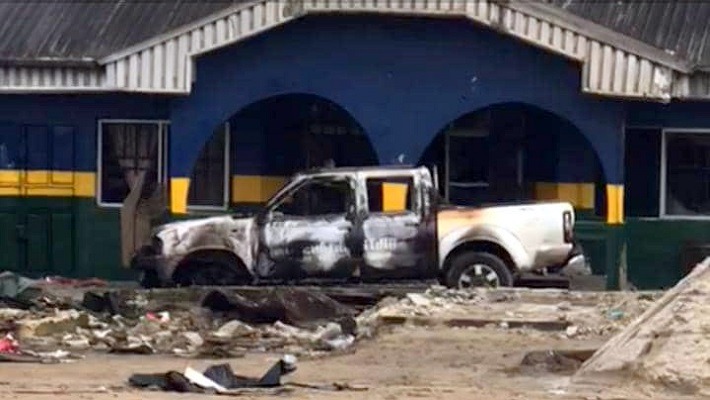 (A police station razed down by unknown gunmen).

Going forward, it is very necessary to also note that the operatives of unknown gunmen have resumed their attacks on security apparatuses within the region. Some days ago, it was reported that a police station and a field office of the State Security Service (SSS) were razed in Nnewi and many were feared dead. It could be noted also that the residence of Joe Igbokwe - an APC chieftain - was also razed recently by unknown gunmen. The crisis in the region is becoming very disturbing because the intentions of these unknown gunmen and their targets are yet to be identified.

Unfortunately, the crisis in the South-East region is gradually escalating to complete terrorism and there is an urgent need for a military clampdown within the region.