By ThrillsNewz (self media writer) | 24 days ago 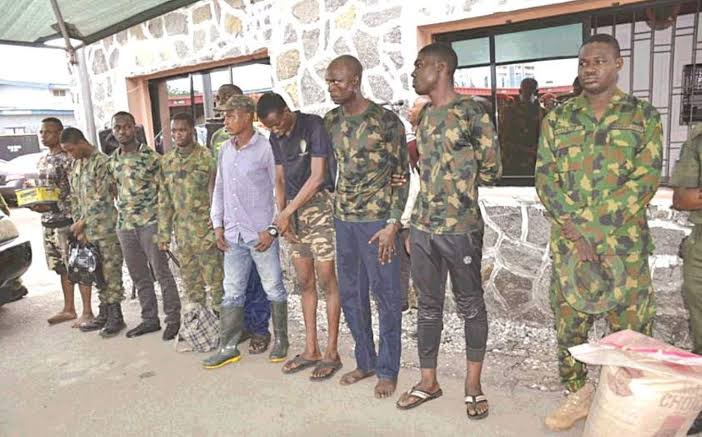 The rapid increase of fake soldiers in Nigeria calls for concern and immediate action. Before now when talking to Nigerians about insecurity, the first thing they often raise is their fear of kidnapping, but now the fear of Nigerians are those who pretend to be military officers.

The most worrisome part of it is that one would not be able to differentiate between a real soldier and a fake soldier. 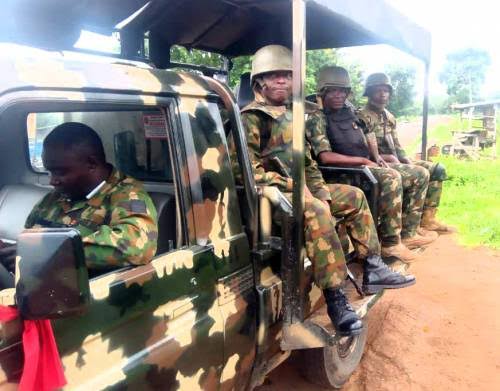 In many parts of the country, impersonating a soldier appears to have become a business, especially for otherwise unemployed youth.

It was also gathered that most of the kidnappings we hear about in Nigeria are carried out by these men who pretend to be soldiers.

And when these victims are kidnapped, they demand ransom, putting the family members of the victims under pressure and running around for money.

For how long will these evil acts continue in the country? I think the Nigeria Army, Navy, Police, and other forces should have a unique identity to aid Nigerians identify fake soldiers.

Early this year, we heard of a case in Lagos where a 25-year-old man was apprehended for impersonation and assault.

He was arrested at the airport area of Lagos riding a motorcycle painted with the color of the Nigerian Army and parading himself as a soldier after assaulting members of the enforcement team of the agency.

We have also heard of cases where five fake military personnel were arrested by troops of the 63 Brigade of the Nigerian Army in Asaba, Delta State, along the Kwale-Ogwashi road.

It was gathered that the suspects were inside a black tinted, ash and blue Peugeot 608 saloon car, harassing commuters and disturbing public peace with the intention of kidnapping or robbing their victims.

And the majority of them have camouflage t-shirts, pictures of them on military uniforms, fake Military ID cards, prescreening certificates of the Nigerian Army among others, which is why one might not easily know they are fake. 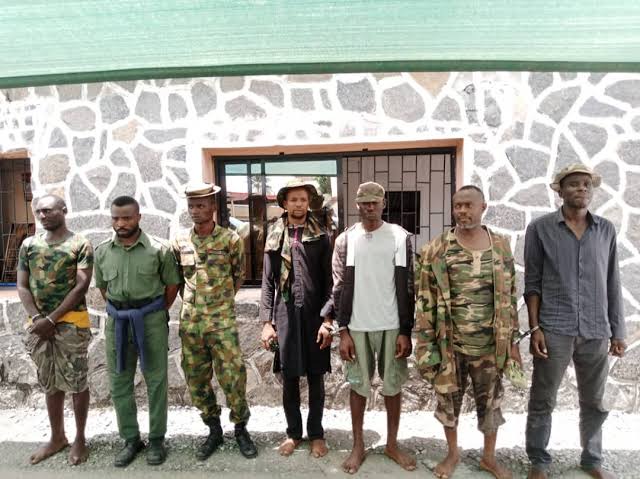 I think it is time for the Defense Minister or other relevant security agencies to call for a media briefing to tell Nigerians what to do because Nigerians are becoming victims of these people everyday.