By Timelyreport (self media writer) | 2 months ago

The Federal Government of Nigeria has recorded so much success in the fight against insurgency and banditry in the country, since the acquisition of Super Tucano fighter jets. According to the latest report by Vanguard Newspaper, the Nigerian Air Force (NAF), disclosed that its fighter aircraft under Operation Hadin Kai continued their onslaught on Boko Haram insurgent targets on islands and localities around Lake Chad with strikes on 20 boats ferrying Boko Haram terrorists for an attack.

Air Commodore, Director NAF Public Relations and Information, Edward Gabkwet, revealed that NAF received an intelligence report on 20 October 2021, that about 20 boats with suspected Boko Haram/ISWAP terrorists were conveying for a meeting on an island in the Tumbuns on the Lake Chad.

He said that at Malam Fatori, three aircraft under Operation Hadin Kai were positioned to carry out the strikes on the targets.

He further stated that when the pilots reached the overhead of the targets, they observed a gathering of about 20 boats consisting of 5-7 suspected terrorists in each of the boats.

Edward Gabkwet disclosed that NAF used a mix of bombs and rockets, adding that the three aircraft carried out a series of strikes and scored devastating hits on the targets leaving some survivors scrambling for their lives. 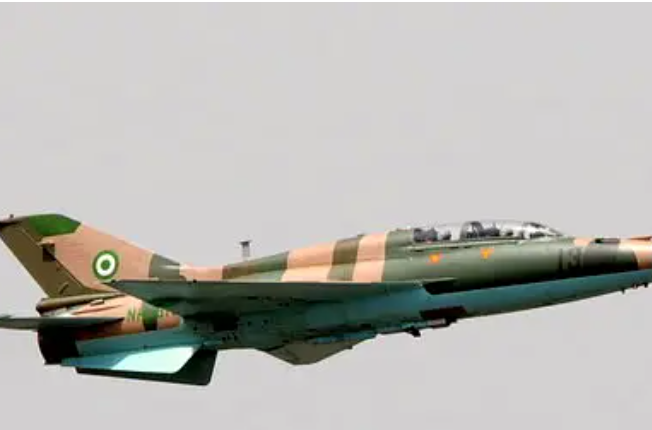 The issue of insecurity has been a major issue in Nigeria for over a decade. However, the administration of President Muhammadu Buhari has shown its commitment to putting an end to terrorism and banditry in the country. The Nigerian army is now better equipped with well-sophisticated weapons to win the war against terrorism in the country.

Feel free to let us know what you think about this laudable accomplishment by the Nigerian Air Force, in its fight against terrorism?