By LadyEcstasy (self meida writer) | 1 months

Buhari has surrendered to terrorists —PDP 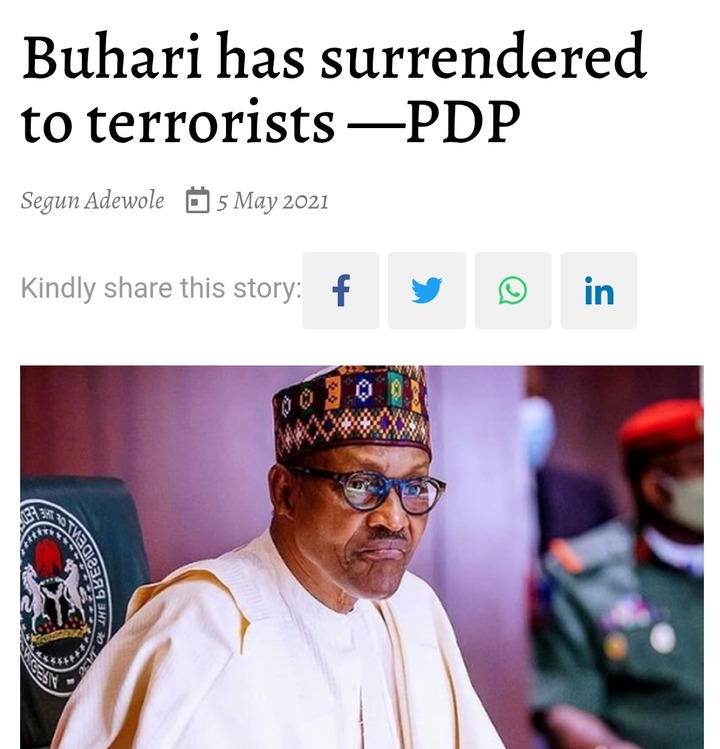 The Peoples Democratic Party has said the “statement by the Minister of Information and Culture, Lai Mohammed, that the Federal Government is not duty-bound to protect Nigerians from bandits, has confirmed apprehensions that the All Progressives Congress and the Muhammadu Buhari Presidency have surrendered our nation to terrorists.”

The party through a statement issued by the National Publicity Secretary, Kola Ologbondiyan, stressed that “the statement by the minister is another clear evidence that President Buhari is indeed absent, has completely abdicated the responsibilities of his office and capitulated to bandits.”

According to the PDP, “Lai Mohammed’s statement further reveals that the Buhari Presidency has not been committed to combating banditry but had, all along, been feeding Nigerians with lies, propaganda and falsehood, while bandits are pillaging our nation.

“It is incredulous that the Buhari Presidency, in its failures, is abdicating a responsibility exclusively vested on it by the 1999 Constitution (as amended) to operate all apparatus of national security; the police, military, paramilitary and all other armed services; to secure lives and property in all parts of our country.

“Perhaps, President Buhari and his minister of information need to be tutored that the Second Schedule (Exclusive Legislative List) clearly vested the control of all apparatus of national security on the Federal Government and not the states.

“Items 2, 28, 38, 45, 57 of the Exclusive List are clear in vesting the operation of the police, the military and other armed services; the control of arms and ammunitions as well as criminal records among other statutory paraphernalia of national security on the Federal Government and not the state. 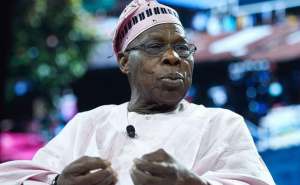 Former President Olusegun Obasanjo on Wednesday described calls for the disintegration of Nigeria as unmindful and insensitive to the plight of the minority groups in the country.

Obasanjo made the observation when he received the Tiv Professional Group (TPG) from Benue State, who paid him a courtesy visit in Abeokuta.

The former president recalled a discussion between him and “a military friend” who, according to him, has described major tribes in the country as selfish and not sufficiently caring for the minority groups.

Obasanjo, who aligned with his friend’s opinion, expressed worry over what would become of the minority groups if the major tribes decided to secede and begin to operate as separate countries.

If the Yoruba can stand as a country, if the Igbos and the Hausa/Fulani can stand as separate countries, where do we want the minority groups to be? 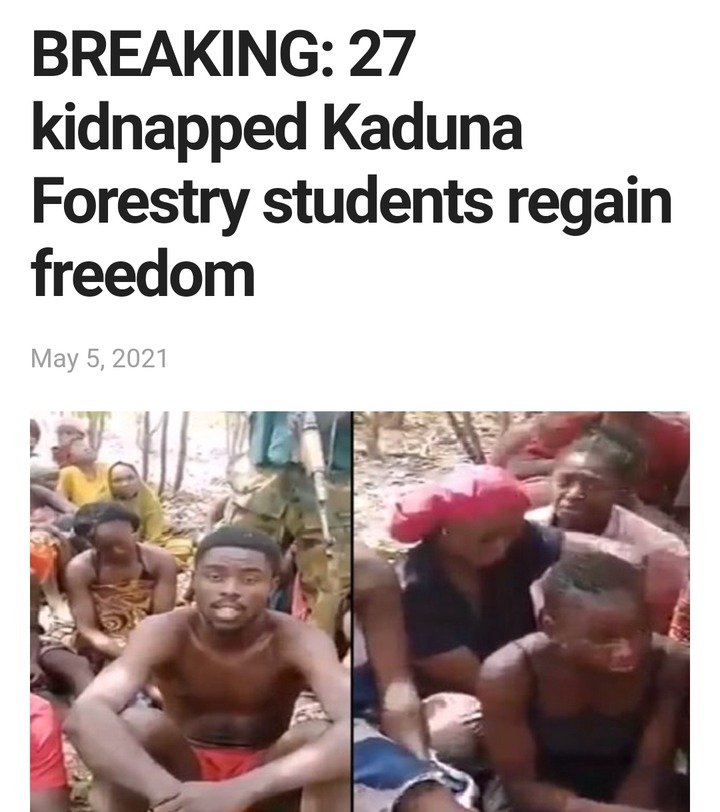 The Nation had reported 37 students were abducted from the Federal College of Forestry Mechanisation, Afaka on March 11, 2021.

Ten of the students were later released in two batches after payment of ransom by parents.

Usman said the release of the remaining students was facilitated by the Sheikh Abubakar Gumi dialogue committee.

The 27 kidnapped students of Federal College of Forestry Mechanisation, Afaka, Kaduna State left with bandits have been released.

Chairman of the Concerned Afaka Parents, Malam Abdullahi Usman, confirmed this to The Nation on Wednesday. 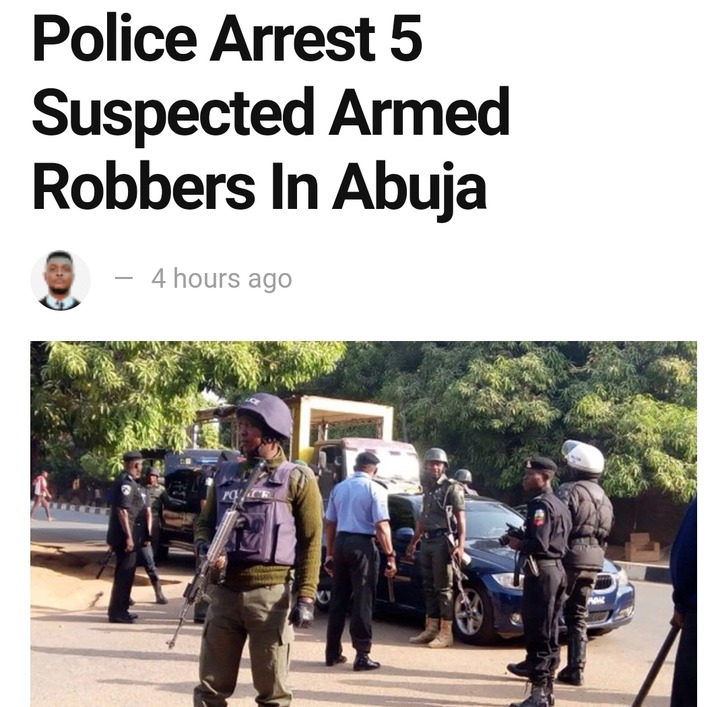 Operatives of the Nigeria Police Force have arrested five suspects for car snatching and armed robbery along Gwagwalada and Wuye axis of the Federal Capital Territory, Abuja.

Amongst the suspects are Mohammed Musa, 30 year-od, a member of a notorious four-man car snatching syndicate arrested by eagle-eyed police detectives from Gwagwalada division during a routine patrol on Friday April 30, 2021.

FCT Police PRO, ASP Yusuf Mariam, said the suspect confessed that the syndicate operates by disguising as stranded passengers to lure their unsuspecting motorists into trap.

The suspects stated that they were responsible for snatching phones and bags along the stadium area. 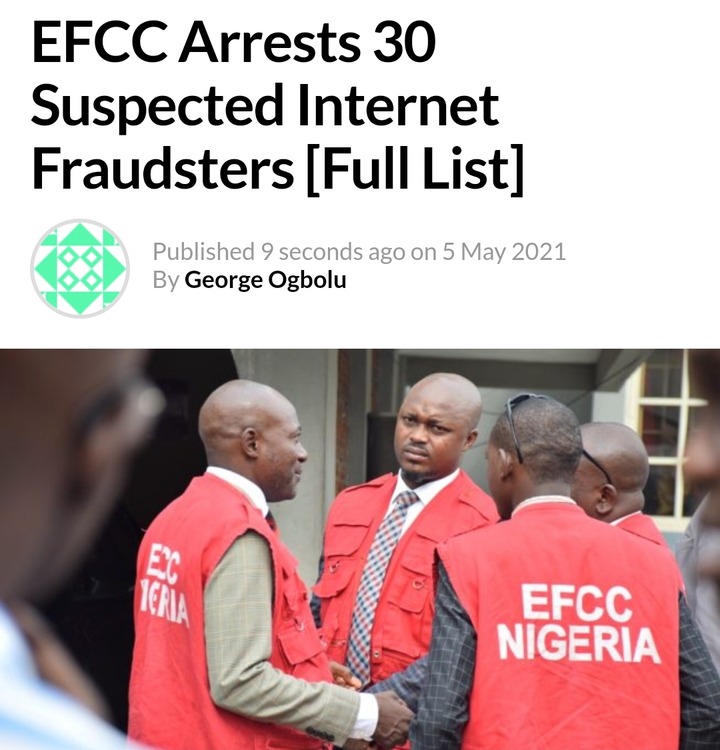 EFCC in a statement on Wednesday said the arrest took place on the 4th of May by the operatives of the EFCC Ilorin Zonal Office.

“Operatives of the Ilorin Zonal Office of the Economic and Financial Crimes Commission, EFCC, on Tuesday, May 4, 2021, arrested 30 internet fraud suspects, also known as Yahoo-Yahoo Boys, in Ilorin, Kwara State,” it read in part.

The statement noted that most of the suspects were students and that they were arrested at different locations.

“The suspects, who are mostly students were arrested at different locations within Ilorin following actionable intelligence earlier received on their alleged criminal activities.”

The statement pointed out that once investigations are concluded, the suspects will be charged to court.

Content created and supplied by: LadyEcstasy (via Opera News )