By Timelyreport (self media writer) | 3 months ago

According to a recent post sighted on popular Islamic cleric, Sheikh Ahmed Gumi's Facebook post, the scholar and cleric have warned that Bandits should not be declared as terrorists. 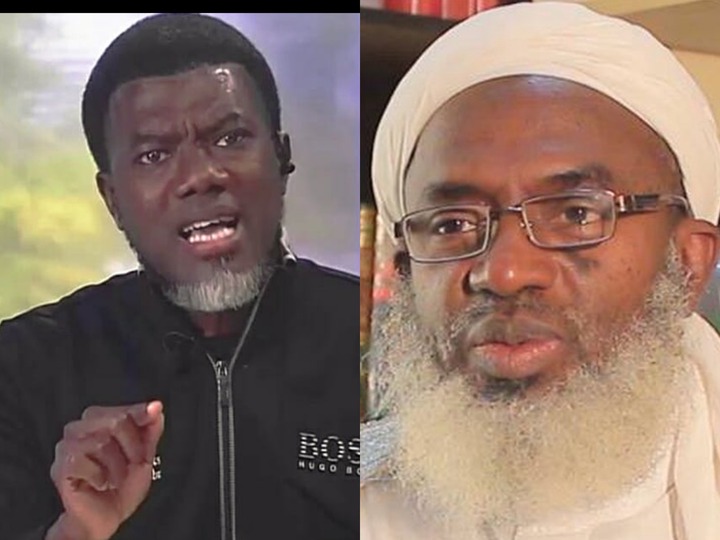 Gumi explained that declaring bandits as terrorists will come with a prize, adding that the moment bandits are termed terrorist, Islamic, the direct foreign Jihadist movements will set in in force, and many unemployed youths may find it palatable and attractive.

Reacting to Gumi's claim, Reno Omokri took to one of his social media accounts to criticize the Islamic cleric. He alleged that Gumi has never spoken to victims of banditry attacks, but only speaks when "terrorist bandits" are affected.

He further stated that he wonders how long a government that is after Sunday Igboho and Nnamdi Kanu would tolerate public relations work Gumi is doing for "terrorist" bandits. He also alleged that Sheikh Gumi is an inspiration to bandits for consistently speaking in favor of them.

Reno Omokri's allegation is not far from the truth. Many innocent lives have been lost in the North owning to constant attacks on citizens by bandits. As much as Gumi seeks a peaceful resolution, he should also show remorse for the victims. He should also speak about the victims of these attacks, send condolence messages to families of the deceased.

Sheikh Gumi has come under serious criticism since he started advocating for dialogue between the federal government and bandits, as the best solution to end banditry in the country.

Feel free to let us know what you think about Reno Omokri's allegation against Sheikh Gumi.