The Minister of Information and Culture, Alhaji Lai Mohammed, says terrorism is a global issue and no part of the world is safe if it is allowed to pervade in any corner of the world. 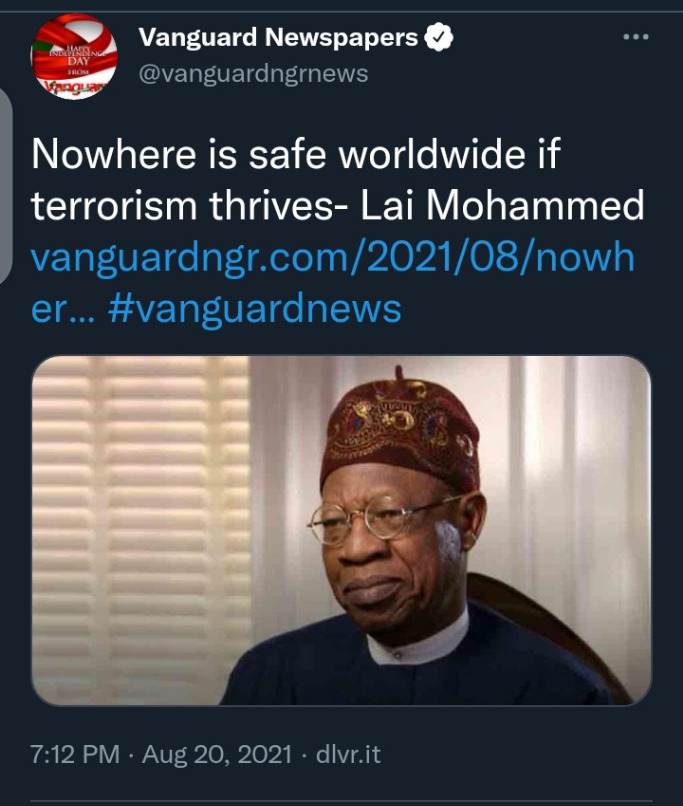 This was stated by the minister in Washington, DC, during his ongoing engagement with various global media outlets, think tanks, and influencers.

According to the News Agency of Nigeria (NAN), the engagement will allow the minister to communicate the correct narratives about what is happening in Nigeria, highlight government achievements, and present the country's challenges.

During his interviews with Reuters, the Washington Post, and Bloomberg Quicktake, a live streaming news service, the minister emphasized the importance of the developed world viewing and dealing with terrorism as a global threat.

Is-haq Oloyede, the immediate past Registrar of the Joint Admissions and Matriculation Board (JAMB), has been reappointed by Nigerian President Muhammadu Buhari. 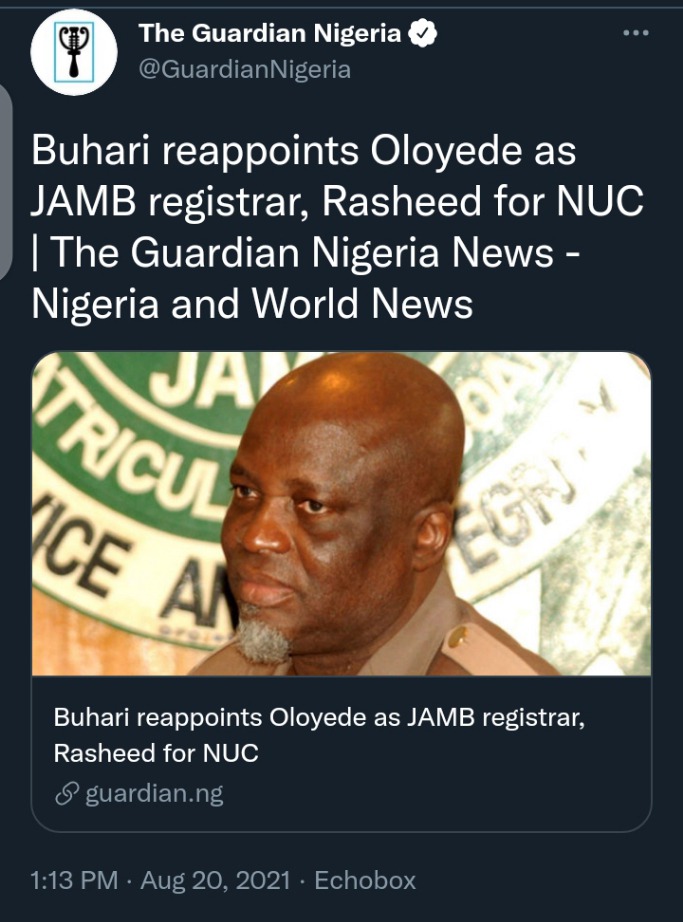 Former executive secretaries of the National Universities Commission (NUC) and the Universal Basic Education Commission (UBEC), Abubakar Rasheed and Hamid Boboyi, were also among the top executive officers of agencies within the ministry of education who were reappointed on Friday.

Bem Goong, a spokesman for the Federal Ministry of Education, confirmed the reappointment of the principal officers in a statement issued on Friday.

He stated that the reappointments were made on Adamu Adamu's, the minister of education's, recommendation. 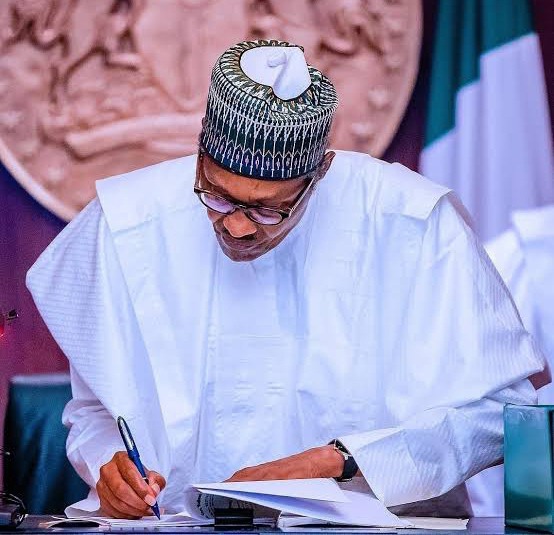 The killing of five Modakeke people on their way to farm by unknown gunmen on Friday morning has heightened tensions in and around Ile-Ife, Osun State's ancient town. 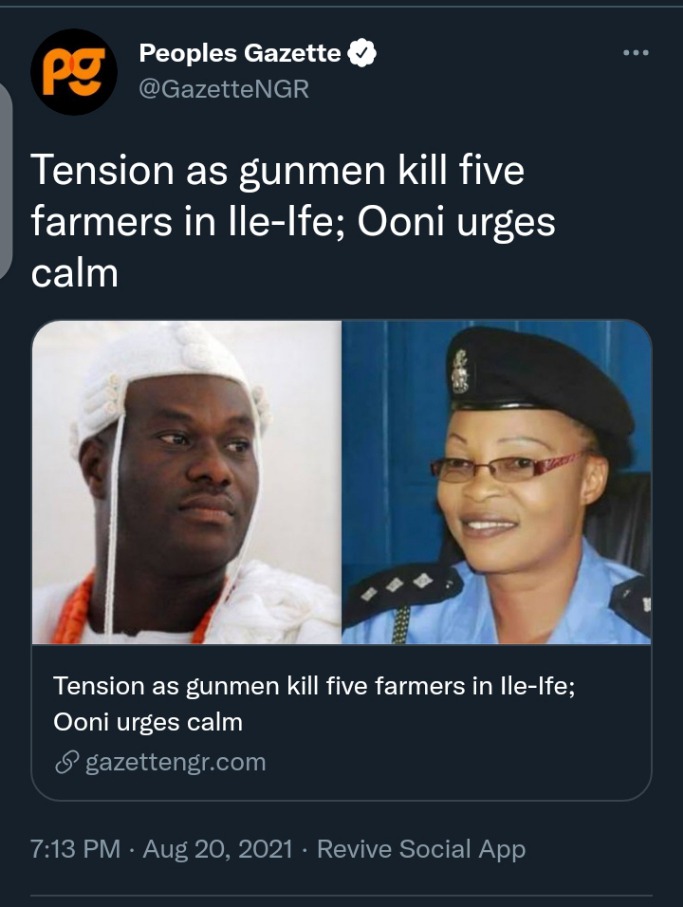 Already, Ooni of Ife, Adeyemi Ogunwusi, the paramount ruler in the area, is appealing for peace as aggrieved persons are said to be threatening reprisals, forcing businesses in the area to close abruptly.

Yemisi Opalola, an Osun police spokesperson, said the law enforcement agency was on top of the situation and that Osun police commissioner Olawale Olokode had dispatched tactical police units to the area to keep the peace.

Nemesis has caught up with two groups of armed bandits in Kaduna State's Giwa local government, killing nine of their comrades in a gun battle over the distribution of ransom money. 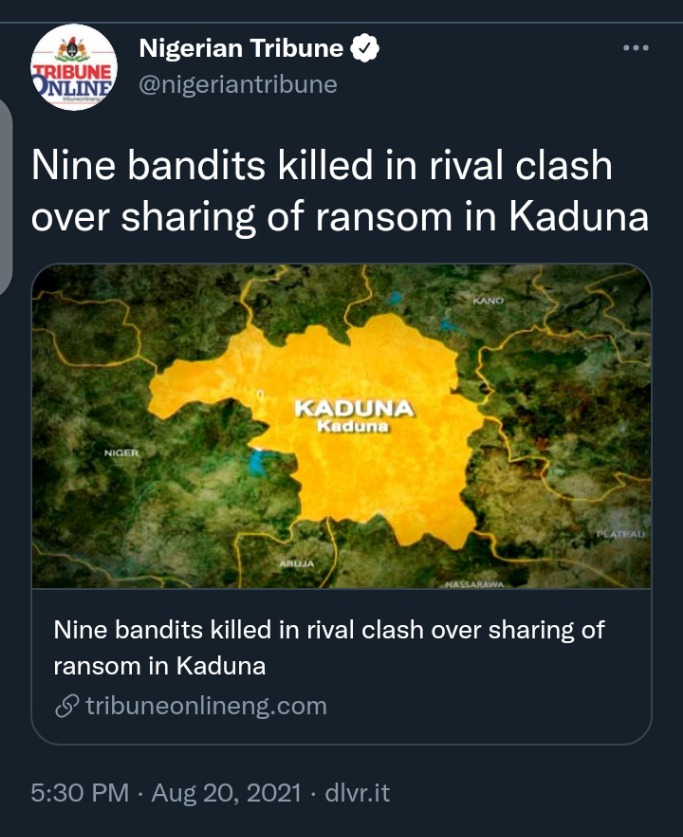 According to a statement released on Friday by the Commissioner for Internal Security and Home Affairs, Samuel Aruwan, credible human intelligence networks informed the Kaduna State Government of the development, which was later confirmed by security agencies.

According to the statement, intelligence sources reported that a notorious bandit known as 'Godon Mota' stormed Garke village last Wednesday with his gang and clashed with a rival bandit group, killing nine members.

The exact cause of the fratricidal clash is unknown, but it was said to be a disagreement over the distribution of accumulated ransoms, during which one of the groups felt cheated.