Popular cartoonist Mustapha Bulama has released another cartoon on repentant Boko Haram fighters. The creative cartoonist is well known for his works with regards to happenings in the country. 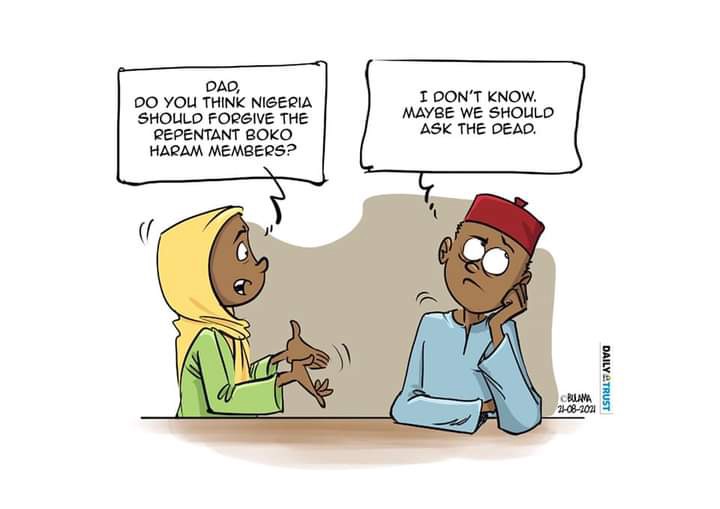 On the last few weeks, there was a massive surrender by members of the deadly Boko Haram sect. The terrorists have denounced their membership of the sect and finally embrace peace. Their surrender has generated a lot of debate across the country. Some are of the opinion that they should be given another chance back into the society, while others are of the opinion that they should face the wrath of law. 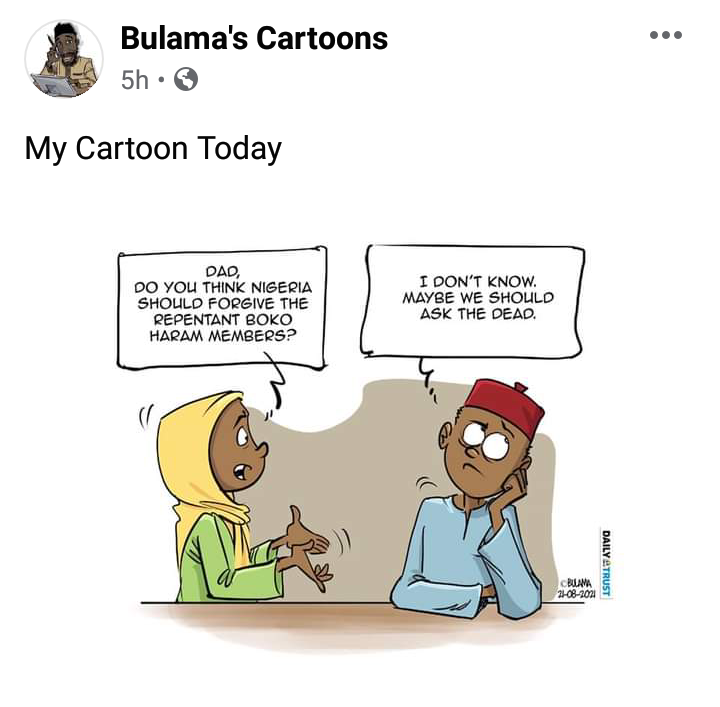 Bulama depicted a conversation between a father and his daughter in the cartoon, where the daughter asked her dad whether the repentant terrorist should be forgiven. He replied her that don't know but may the question should be channeled to the dead. 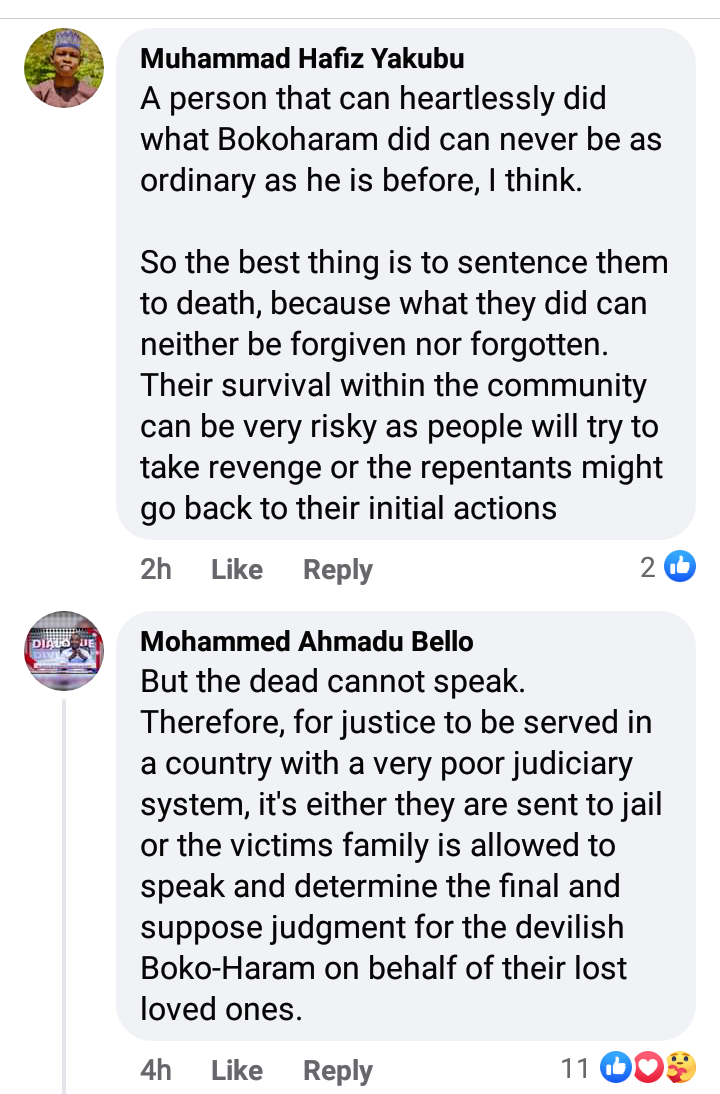 One user wrote: "A person that can heartlessly did what Boko Haram did can never be as ordinary as he is before, I think. So the best thing is to sentence them to death, because what they did can neither be forgiven nor forgotten. Their survival within the community can be very risky as people will try to take revenge or the repentants might go back to their initial actions."

Another user wrote: "But the dead cannot speak. Therefore, for justice to be served in a country with a very poor judiciary system, it's either they are sent to jail or the victims family is allowed to speak and determine the final and suppose judgment for the devilish Boko-Haram on behalf of their lost loved ones." 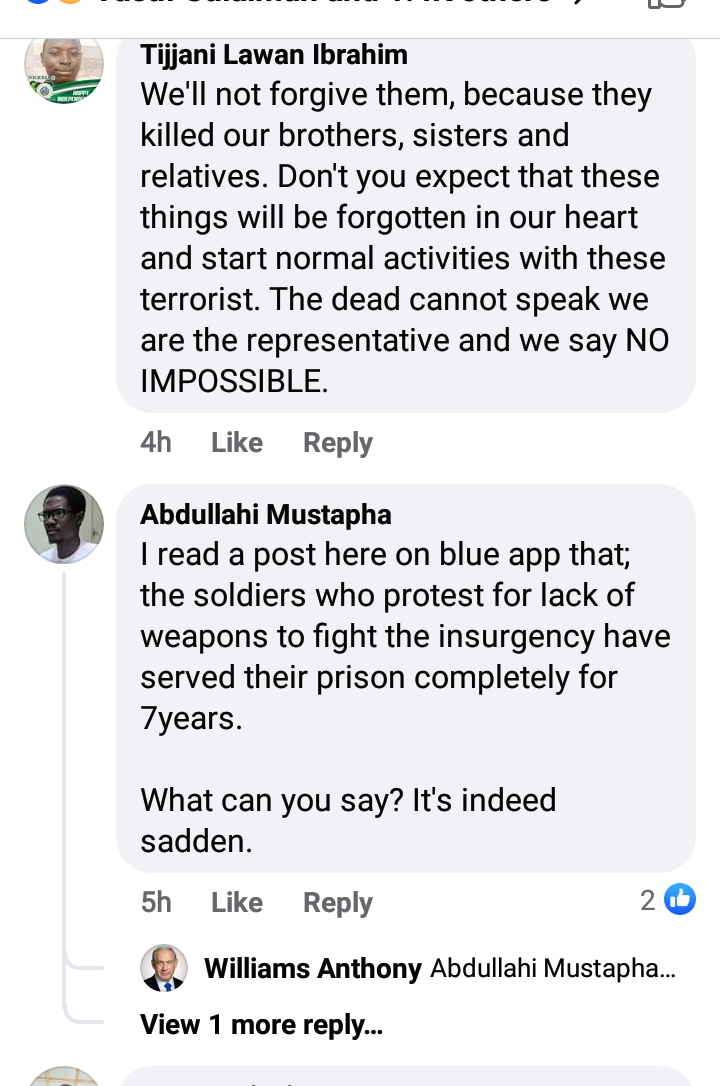 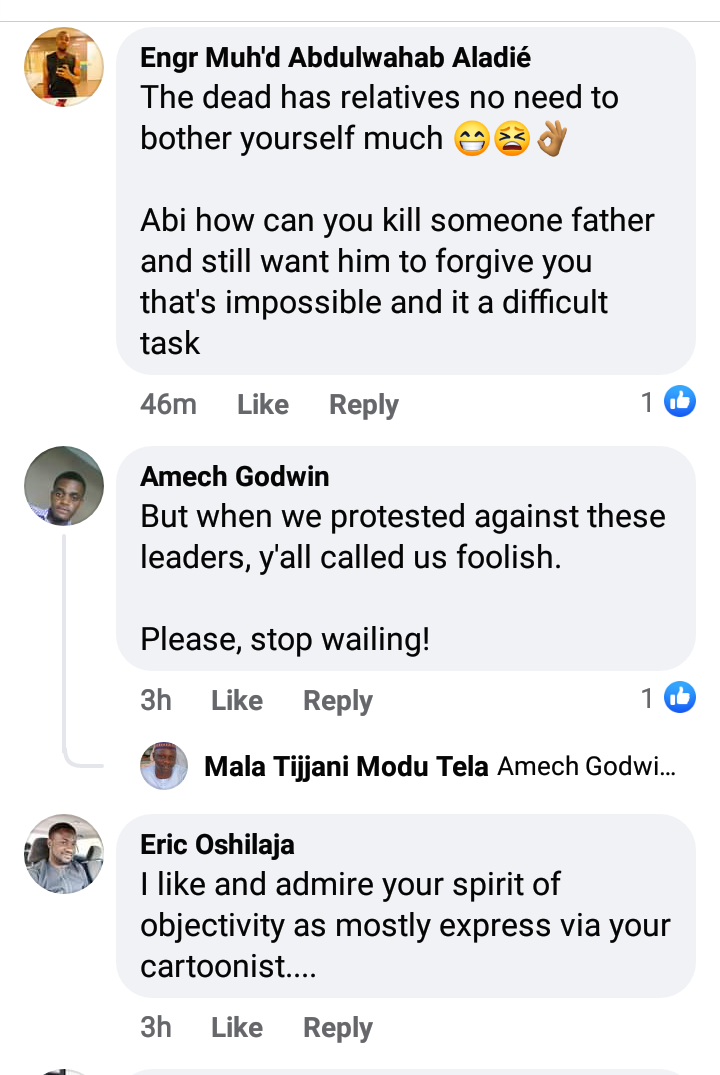