By NigeriaPoliceForce (self media writer) | 11 days ago

The Operatives of the Kaduna Police Command alongside Operation Puff adder II on 2nd October, 2021 at about 1300hrs acting on credible intelligence stormed Yadi forest in Fatika District of Giwa LGA and engaged bandits in a fierce gun battle where one was neutralised as others fled with varying degrees of bullet injuries into the forest. The Operatives recovered one AK49 rifle loaded with thirty one rounds of 7.62 X 39mm live ammunitions, one locally made rifle with one 12-guage polymer cased shotgun shell. 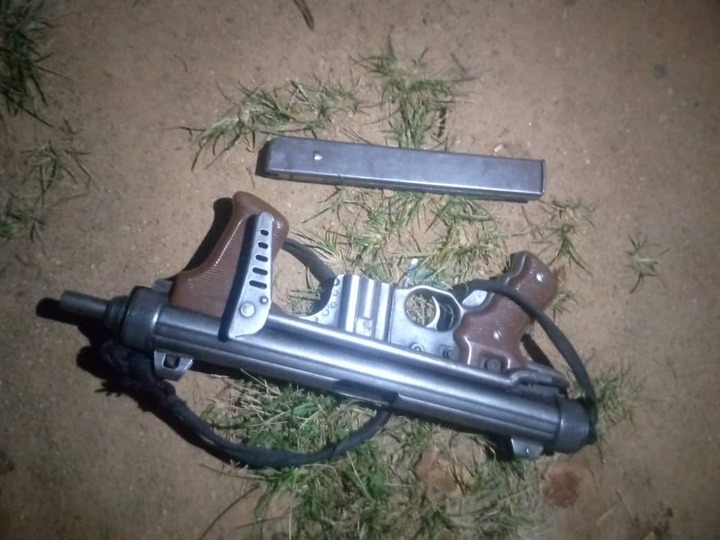 The precision and gallantry exhibited by the Officers that left the bandits in disarray is exemplary thus, the Command is calling on members of the public especially medical practitioners to report any person who is found with suspected bullet injury in the said axis for prompt action.

ARREST OF THREE (3) SUSPECTED BANDITS AND RECOVERY OF ONE SUBMACHINE GUN (SMG). 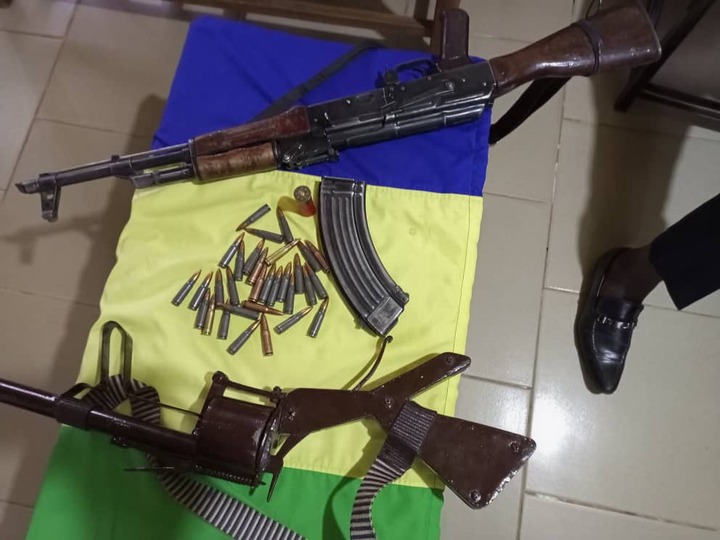 During a search of their rooms the following items were recovered, one submachine gun (SMG) loaded with one round of 9mm live ammunition and a Department State Services Identity Card. The suspects are currently undergoing investigation and will be charged to court on completion of same. 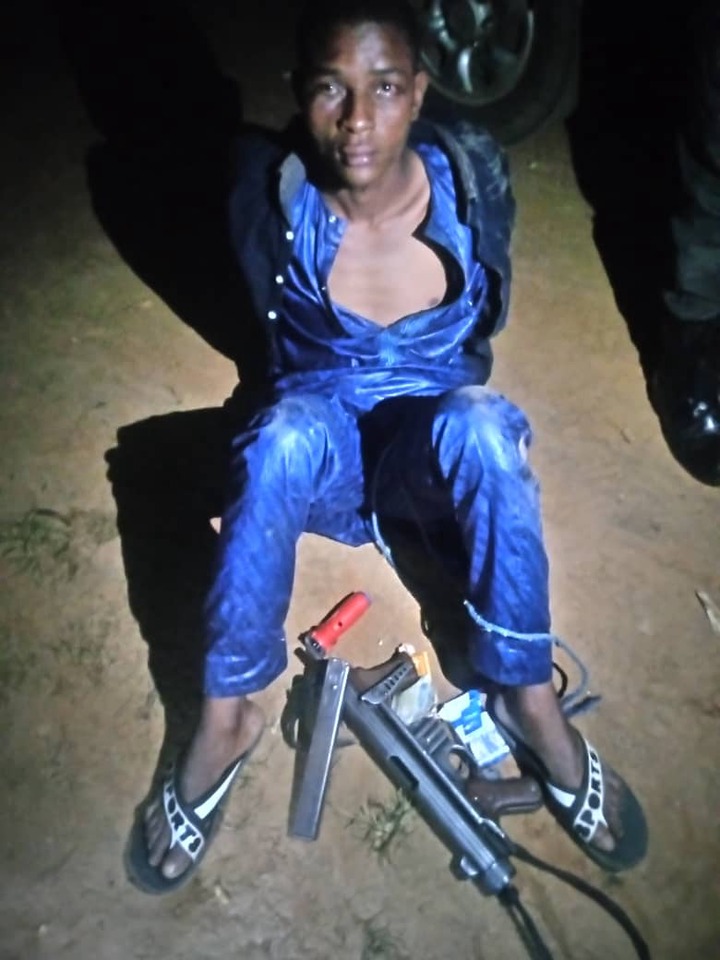 On 5th October, 2021 Operatives of the command while in pursuance of a reported kidnapping incident that occurred on 4th October, 2021 at about 1830hrs along Barde/Keffi road, cautiously and tactically trailed and caught up with the bandits in the forest. They engaged them in a gun duel which resulted in the bandits abandoning their victims and scampered into the forest with bullet wounds. Six (6) kidnapped victims were successfully rescued unhurt, namely; (1) Bala Sharif 'M' of Jos north LGA, Plateau state; (2) Kirman Joseph 'M' of Pankshin, Plateau state; (3) Chai Markus 'M' of Ganawuri (4) Sani Abubakar 'M' of Mangu, Plateau state; (5) Musa Daniel 'M' of Mangu, Plateau state and; (6) ASC Alfred Dakon 'M' a staff of Nigerian Correctional Services of Nassarawa state Command.

The victims were debriefed and subsequently reunited with their respective families. Concerted efforts are on high gear with a view to apprehending the fleeing bandits.

ARREST OF A SUSPECTED POLICE INPERSONATOR .

On the 5th October, 2021 the Command received an information that one Superintendent of Police is seen around Mamadi Layout Rigachikun Kaduna, making illegal arrest and extorting money from unsuspecting members of the public.

On receipt of the information, Officers were immediately mobilized to the area and succeeded in arresting one fake Police Officer who is parading himself as SP Usman Magaji and criminally dispossessing innocent persons of their legitimate earnings. Upon investigation, two sets of neon blue Police uniform were found in his possession. The suspect has since confessed to the crime and will be charged to court on completion of investigation. The Command is therefore calling on the public to report any of such persons to the nearest Police formation. 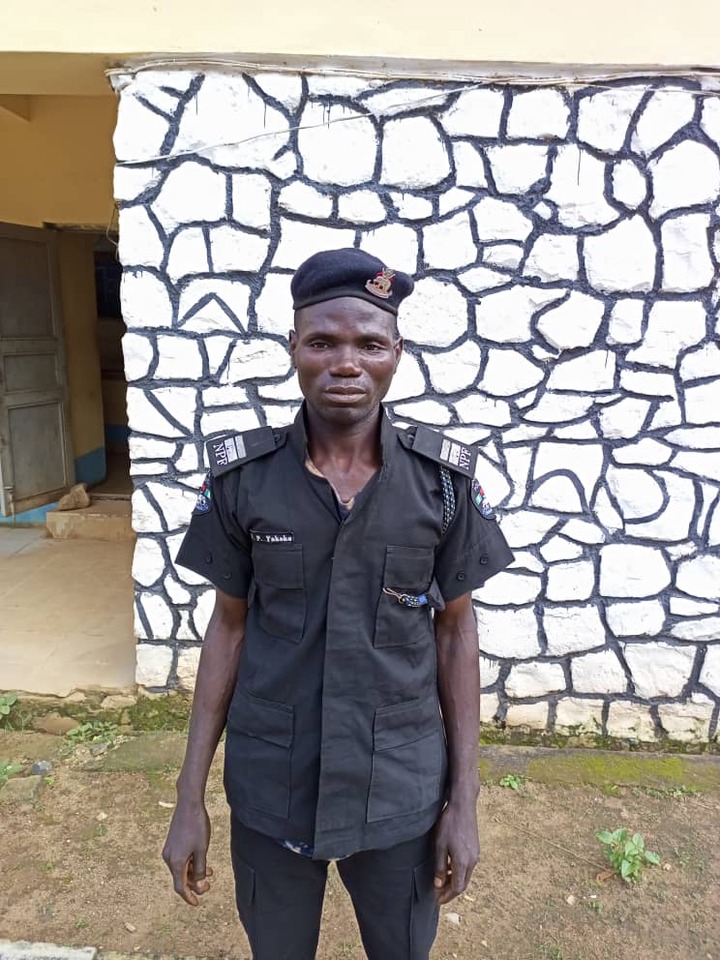 The Kaduna Police Command had on 5th October, 2021 while investigating a case of armed robbery arrested one Pius Philips 'M' and recovered a complete Police uniform bearing the name Pius Philips with an Inspectorate cadre's rank. During the course of investigation, the suspect confessed to have been using the uniform for some nefarious activities. The suspect will be charged to court after completion of investigation.

The above successes are not unconnected with the renewed commitment and cordial relationships between the police and communities in the area of information sharing. The Commissioner of Police CP MUDASSIRU Abdullahi psc (+) has appreciated the gesture and tasked officers to give their host communities a listening ears so that the command can leverage on the renewed vigour to safeguard lives and property of the law abiding citizens of the State.

Prayer For Tuesday 19th Of October