Ranked as the third country with the most terrorist attack, see the first executed robber in Nigeria

By Dasilco (self meida writer) | 17 days

Despite the insurgencies happening in Nigeria today, there are lots of people who have tried their possible best to ensure that change becomes inevitable, yet it seems to be that the individuals have given up on change although the government are trying their best.

Nigeria happens to be rated as the third country with the most terrorist attack having Afghanistan and Iraq topping the list and this is a matter of concern that can't be looked upon as a reward but a disgrace. Nigeria once had the best land army in the world, but today, everything doesn't feel right like it used to be.

Speaking of terrorism and armed robbery, we have heard cases about some of the most wanted criminals in Nigeria such as Shina Rambo, mighty Joe and Anini, I couldn't help but think about what made them become terrorists. Something had to trigger their urge of violence and someone had to lay a path for them to follow. All these illusive and lucid thoughts summed up in my head and deep inside, I wanted knowing how it all started, I wanted knowing who was the first to lay the pathway for other robbers to follow, and at this I stumbled upon the first Nigerian Armed robber who was executed publicly together with two others at his side.

Meet Babatunde Folorunsho, nicke-named "Baba oni lace" (Mr. Lace), he wasn't only notorious, but the most wanted criminals in the early 1970's alongside his bandit group. Despite the rough search of police persons and personnel, catching someone like Babatunde Folorunsho seemed impossible, not until one blessed day when he was caught in a robbery process. Mr. Alfred Marshall was in his car when he was met by Babatunde Folorunsho, at this, the police caught up with him and he was arrested.

He was tried from the 8th-13th of April by a judge named James Aboola of which Babatunde Folorunsho was pledged guilty. He was sentenced to death by firing and a firing squad executed him publicly alongside Joseph Ilobo and Williams Alders. This was the first of its kind in Nigeria. 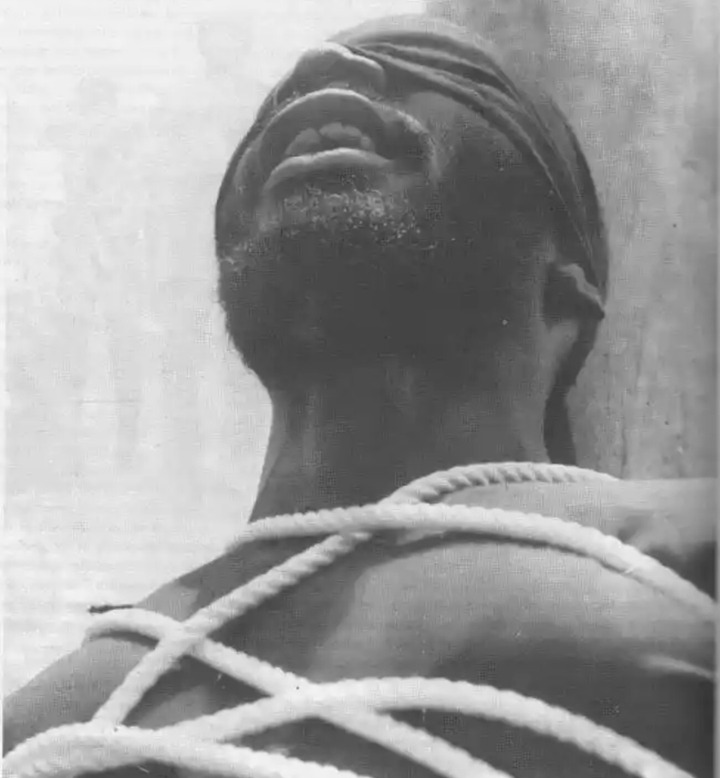 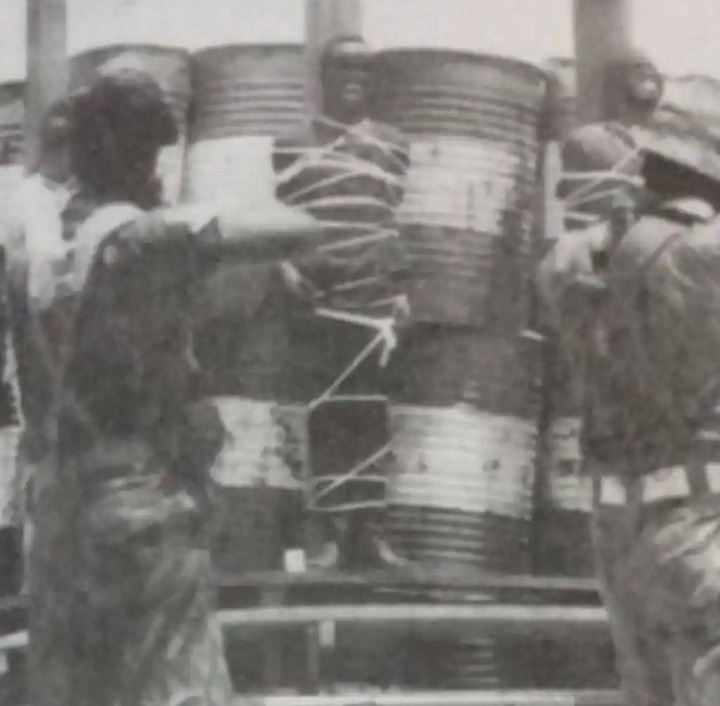 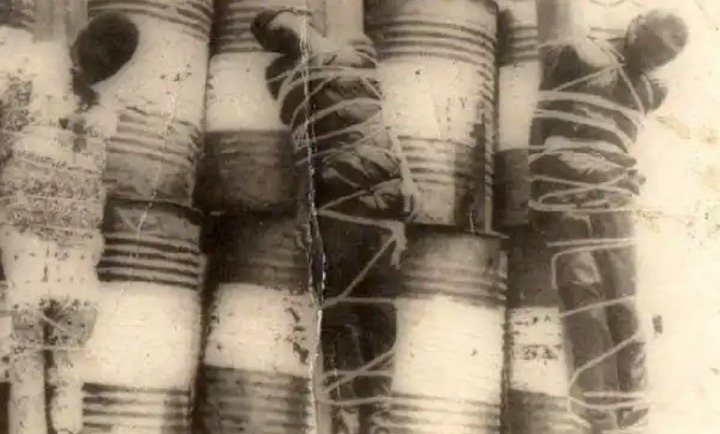 Photo: Babatunde Folorunsho in the middle, Joseph Ilobo and Williams Alders by his side already dead.

From the early 1970's, everyone in existence thought it was finally the end, but the peace only lasted for a moment. More toxic criminals surged especially Isiaka Busari, better known as mighty Joe and Anini. Since then, insurgencies in Nigeria rose to its peak and our biggest threat now is Boko Haram and the Fulani herdsmen. My search was finally complete realizing that the early 1970's was the year with the most terrorist attacks which contributed in making Nigeria one of the most terrorized countries.

The best change we can ever see comes from we the individuals, but without us changing individually there's nothing that can stop us from doing the same wrong things we do. I'm positive that with time, Nigeria will be great, and instead of topping the list and the third country with the most terrorist attack, we will become one with less or no terrorists at all.

I Have Not Been Able To Attend Movie Location Due To Ill Health-Popular Actress, Kemi Afolabi

Wednesday Morning Prayers: Declare These Prayers Before Going Out Of Your House Today

What A Lady Did After She Was Taken Out From The Street From Begging.

Say This Powerful Prayer Before Leaving Your House Today

Emotion Flows In Minneapolis, US, As George Floyd Gets Justice (Photos)

Nigeria never had a govt like Buhari’s, says APC