Kabul Terror attacks, is the result of careless move ever made in our country - Trump tells Biden

By CelebrityBox (self media writer) | 11 months ago

Donald Trump (Former US President) blasted Joe Biden (US President) on his which he says it's a failured one, saying the Kabul terror attacks which has so far killed 13 service members and 70 Afghans is the result of "the dumbest move ever made perhaps in the history of our country". 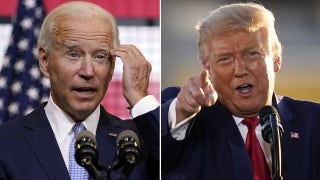 Trump further said, "Biden and the commanders sought to withdraw as he had but that they did so in a very foolish way. They forgot one thing, they forgot to take the people with them and the merchandise with them, meaning they forgot to take the greatest military equipment anywhere in the world with them, and it's hard to believe, actually, because a child would have understood. You get the military out last. A child would have understood that. How could they have done this to our country".

"On the Biden admin move, it constituted one of the worst decisions by a sitting president in United States history, as 13 service members are now dead and Kabul continues in turmoil being controlled by the Taliban and now littered with ISIS-K and Al-Qaeda terrorists". Trump added.

Trump further disclosed, "It's so sad, It's probably from the standpoint of military tactics and just embarrassment, the most embarrassing thing that has ever happened to our country, we look like fools all over the world, we are weak, we are pathetic, we are being led by people that have no idea what they are doing".

Trump noted that Biden even referenced his predecessor's success in that regard, saying the U.S. President acknowledged the Taliban hadn't killed an American service member in 18 months because of the deal Trump struck with them in 2020.