The amended charges were served to Kanu’s lawyers ahead of Thursday.

Lead counsel to Kanu, Ifeanyi Ejiofor disclosed this in a statement he signed and issued last night, after routine visit to Kanu.

The statement reads partly: “Today, I and my colleague, Bar. Alloy Ejimakor, had a very fruitful visitation to Onyendu Mazi Nnamdi Kanu. We discussed a wide range of matters, especially concerning Hearing in his case and appearance in court on 21st October, 2021. There will be more on this later. 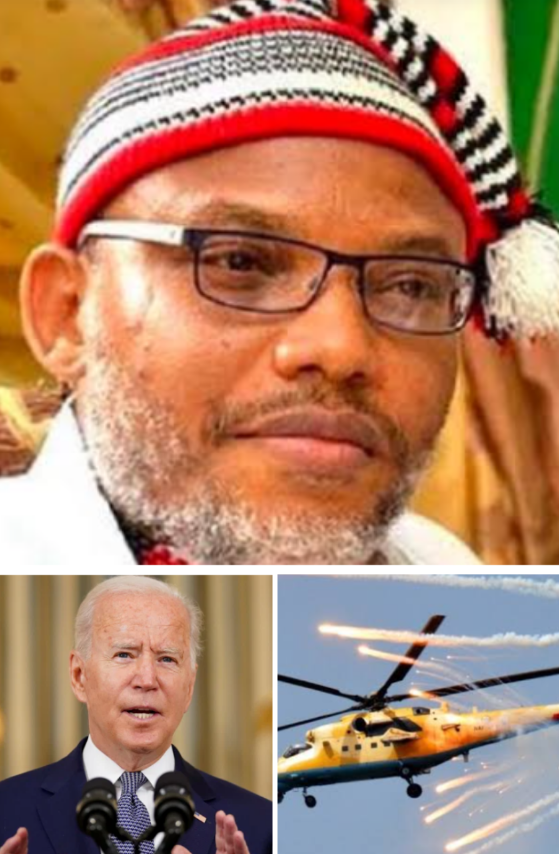 United States (US) has said it will help the Nigerian military end the bombing of civilian targets during airstrikes on terrorists and criminal elements in the North-East and North-West. 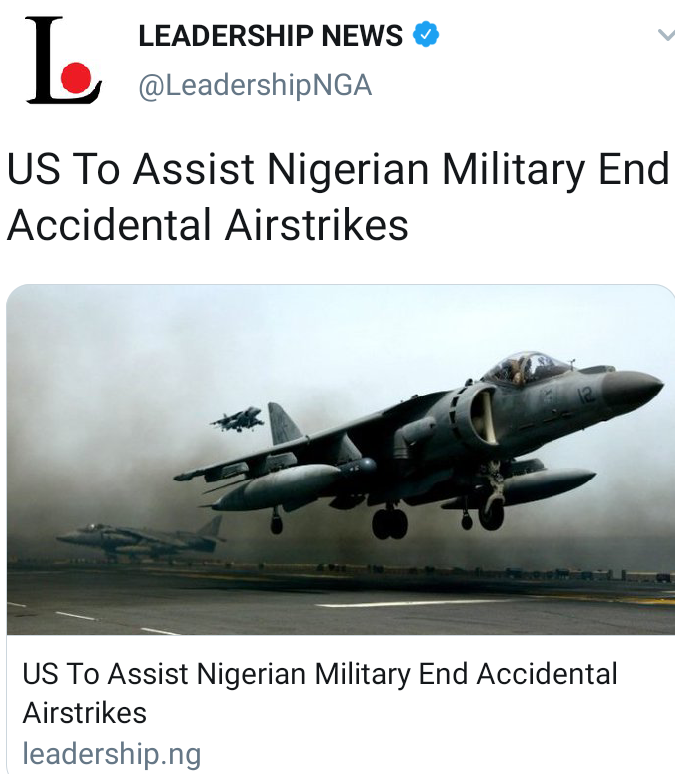 The US principal deputy national security advisor, Jonathan Finer, stated this in an interview with select journalists in Abuja yesterday, stressing that his country takes the accidental bombing of civilians by the Nigerian Air Force seriously

Finer said the cooperation with the Nigerian armed forces could be helpful in this regard, adding that America’s established collaboration with the military would move to address this development.s.y.

AS Muslim faithful all over the world celebrate Maulud-Un-Nabiyy, which is the birth of Prophet Mohammed, President Muhammadu Buhari has called for peace in the country, as he noted that the military and other security agencies were recording greater successes in the move to combat insecurity across the country. 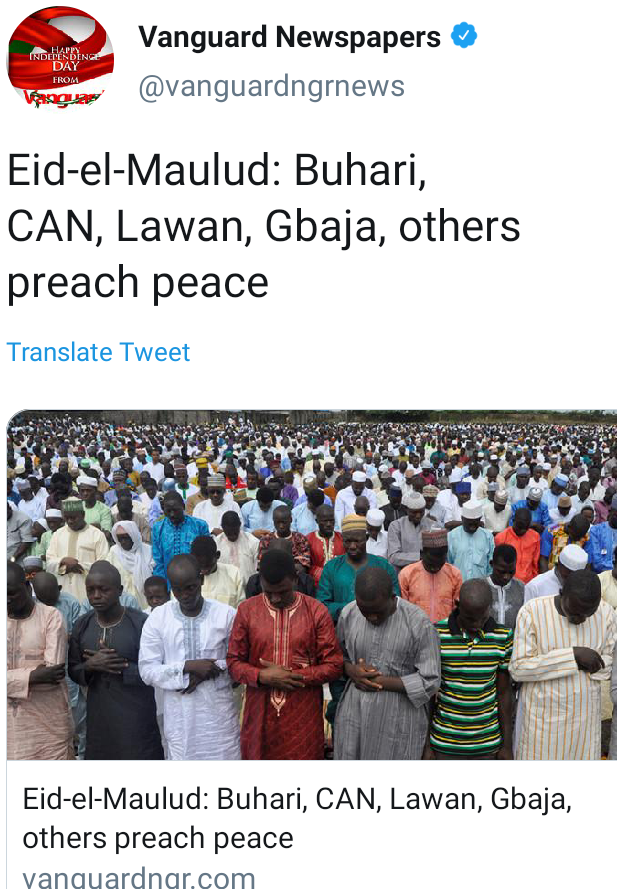 This came as Christian Association of Nigeria, CAN, which stressed the need for peace, urged the Federal Government to double its efforts towards addressing the security challenges in the country.

All is now set for the 17th All Nigeria Editors’ Conference, starting this Thursday. 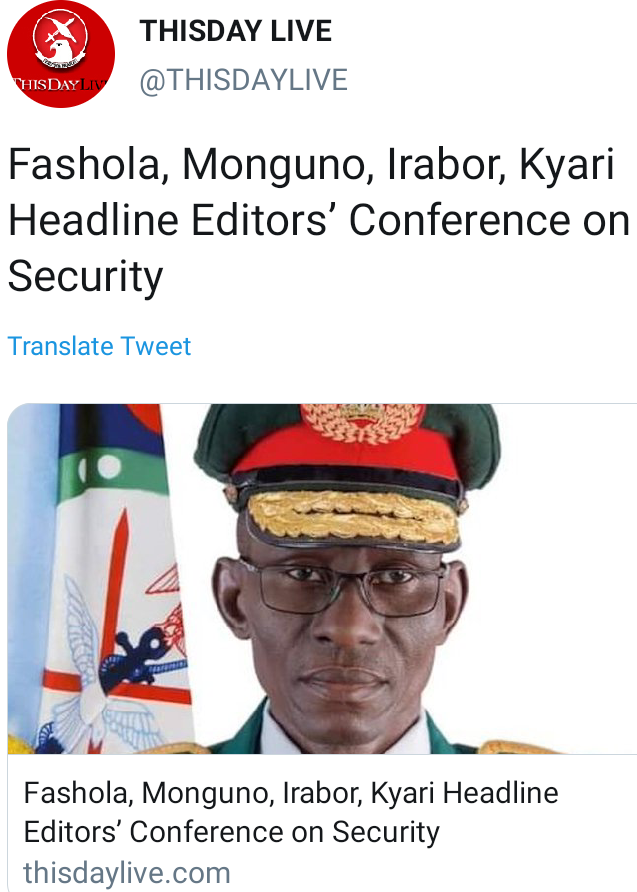 The Minister of State for Agriculture and Rural Development, Mustapha Shehuri, has solicited more funds to upscale investments in the agricultural sector. 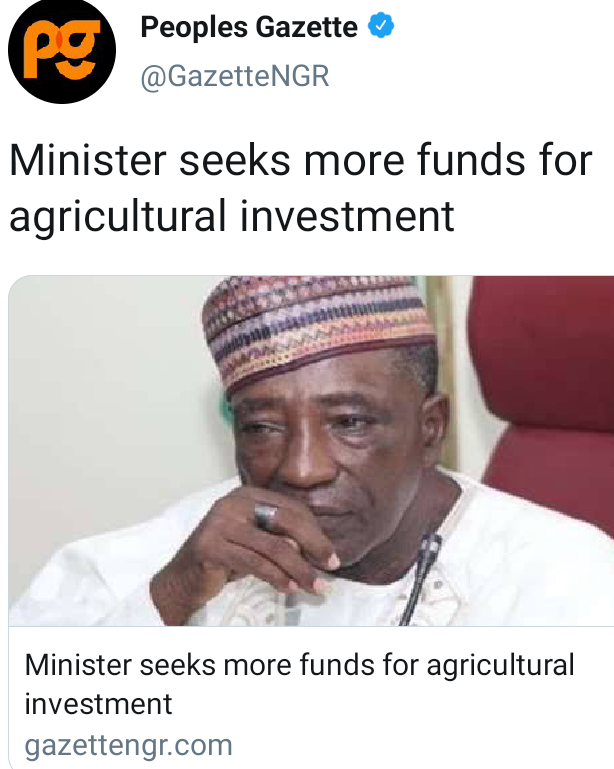 A statement issued by the ministry’s spokesman Ezeaja Ikemefuna quoted the minister saying this at a virtual high-level panel discussion on Friday to round off activities to celebrate the 2021 World Food Day.

The minister pointed out that the seed sub-sector supply chain was repositioned to ensure that farmers had access to quality seeds to improve yields.