By Jahblog (self media writer) | 1 year ago 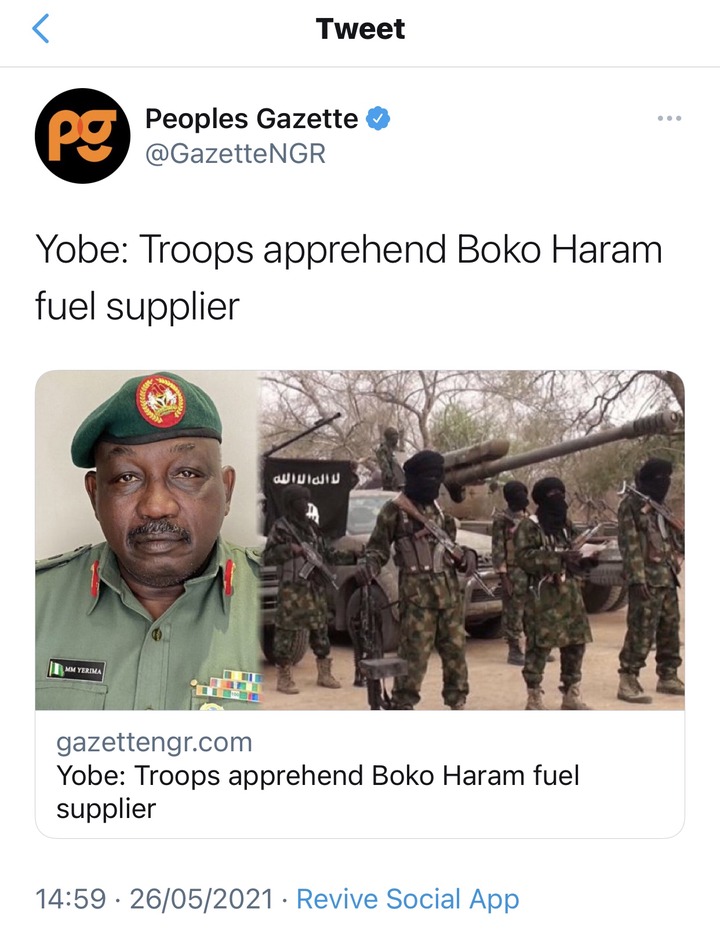 The Director, Army Public Relations, Brigadier-General Mohammed Yerima, disclosed in a statement on Wednesday that the troops of Operation ”Hadin Kai,” in conjunction with local vigilantes, raided a suspected Boko Haram logistics stockpile in Kurkareta town, Yobe on Tuesday.

Mr Yerima said that the items recovered during the raid operations include 62 jerry cans loaded with Premium Motor Spirit (PMS) popularly known as petrol, hidden in different houses and shops.

Mr Yerima said that the successful raid was undertaken following credible intelligence that some members of the community are suppliers of fuel and other products to insurgents. 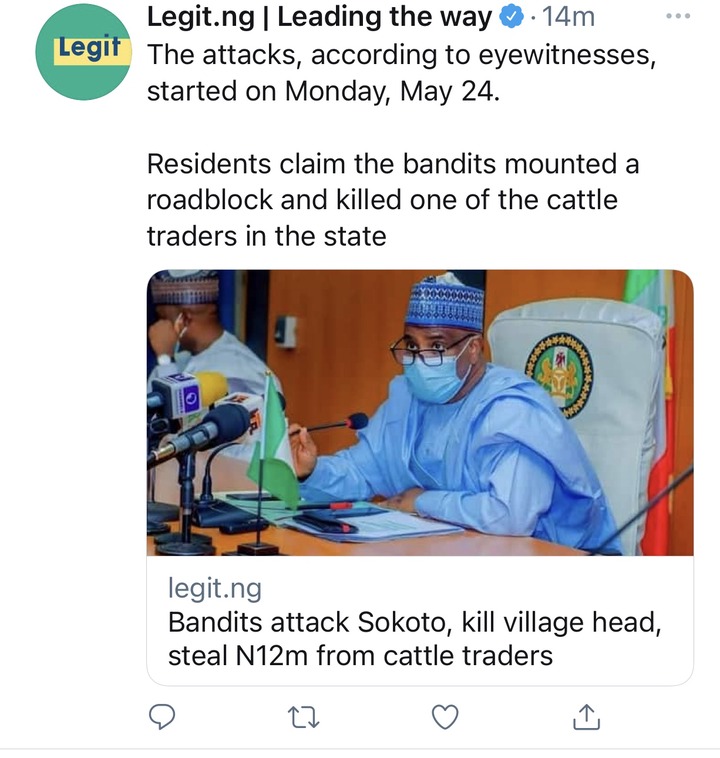 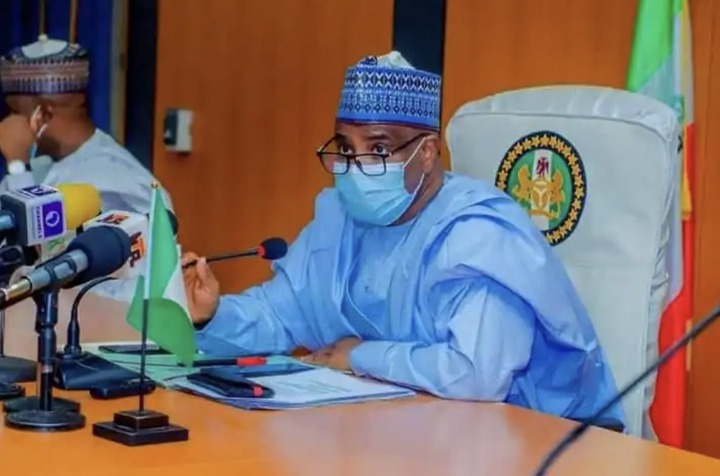 Malam Umaru Sanda, the village head of Magira in Sabon Birni local government area of Sokoto, was on Tuesday, May 25, killed by armed bandits.

Daily Trust reports that the attackers raided the village in the early hours of Tuesday 12:30 am.

Eyewitnesses claim that the bandits also kidnapped a 16-year-old girl in Garin Idi area of the state after attacking a village known as Magira.

Although the criminals were said to have released to the girl, they also kidnapped two persons at the neighbouring village of Rambadawa.The attackers operated for a full hour. It was learnt that Nasarawa village in Sabon Birni local government area was attacked same day but no life was lost. 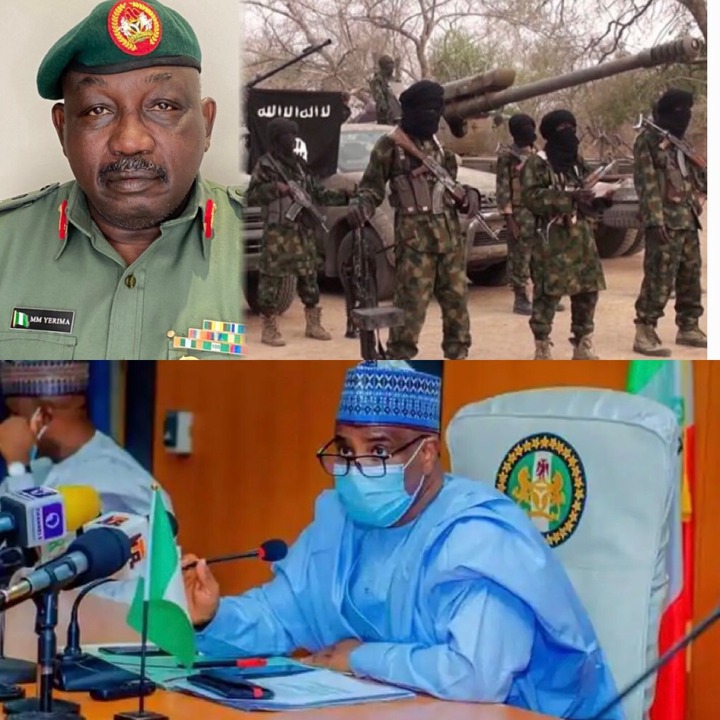