By Infogist (self media writer) | 10 months ago

The wife of former Nigerian Military Head of State, Major General J.T.U. Aguiyi Ironsi, have died. Victoria Aguiyi-Ironsi, the wife of the late General, passed away in the early hours of Monday, August 23. 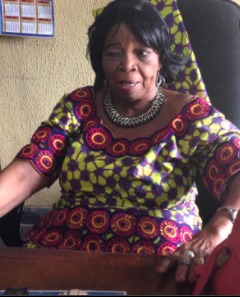 Late Major General Aguiyi-Ironsi came into power in January 16, 1966. He was assassinated on July 29, 1966, by group of Northern Nigerian officers, who were led by Major Murtala Mohammed, Theophilus Danjuma, Lieutenant Muhammadu Buhari (the current Nigerian president).

Aguiyi Ironsi was arrested by Danjuma, and was questioned about his involvement in the coup that led to the death of Sarduana of Sokoto, Ahmadu Bello. The dead body of Ironsi was later found in the forest. 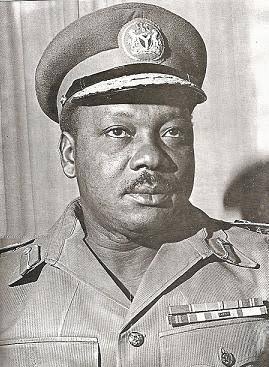 Aguiyi Ironsi who was the first Nigerian Military Head of State, got married to Victoria, in 1953. They were both married for 13 years, before his death in 1966. Since Ironsi died, his wife never remarried.

Victoria Aguiyi Ironsi, was the second First Lady of Nigeria, after her husband became the first Military Head of State.