The spontaneous and rapid increase of criminal cases and activities in our Country nowadays is quite astonishing. Hoodlums, bandits and terrorists have bee reported lunching deadly attacks in our Country.

Due to the high rate of criminal activities in our mother land, Federal government has decided to equip more security personnels with necessary arsenals and firearms to aid them combat this hoodlums in our Country. 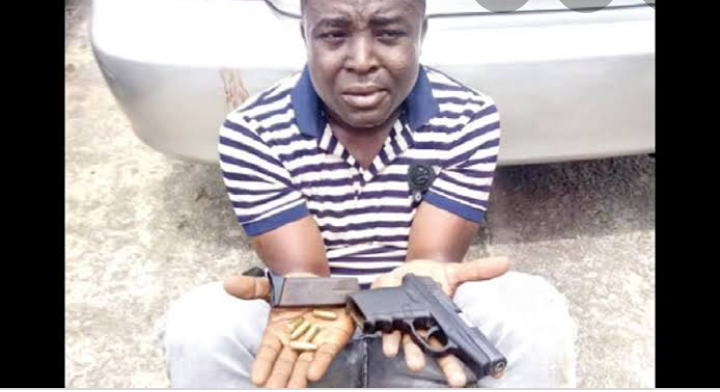 The Delta State police command has arrested a 23 years old Prosper Godspower who was caught robbing a POS operator at Eagle Square at Okpanam road in Asaba, Delta state.

There have been cases of suspected thieves carting away money from POS operators in some states in Nigeria of recent. In abia State, a POS operator was killed by robbers after collecting her money from her.

According to the Delta state commissioner of police, Ari Muhammed Ali, who paraded the criminal alongside others in the police headquarters on Wednesday, said the report of the robbery got to Okpanam police station and immediately the station quickly deployed some able operatives to the robbery scene and got the young man arrested.

The commissioner said the arrest was made fast through aid from Okpanam youths. The criminal was arrested with a black bag containing a black pistol(gun) with breech number 11977 and an iron chain.

The commissioner reported a case that took place in that same Okpanam area recently. He said, "On February 23, 2021, a team of Delta hawk intercepted two suspected stolen vehicles with a plate number on the vehicles each."

The brands of the vehicles were Toyota corolla and a black Mercedes formatic jeep. According to the commissioner, six young men were inside the vehicles. He added that six pieces of camouflage army uniforms, one beret and one face cap, among other things that were discovered in the vehicles.

The six young men were arrested at the spot with no room for explanation. They are currently in the custody of the police awaiting judgment and prosecution verdict.

However, investigations is still on going and the commissioner of police has promised the entire people of Okpanam that they wont accept any money for the Bailing of Godspower. "He will be charged to court and properly prosecuted," Mr Muhammed said.

In this cruel world, one needs to be very careful and cautious. Things are really changing and growing extremely bad day after day. Criminal cases are rapidly increasing in our Country and it's causing citizens to operate with fear within the Country.

Among all the African Countries, Nigeria is now the talk of other Nations of the world on the subject of banditry, terrorism and other criminal activities. Nigeria is now name-tagged, 'the Home of tugs and hoodlums'.

It has been reported that most of the criminals and terrorists in Nigeria are receiving special aids from top politicians and highly influential citizens of our Country, reasons being that the kinds of sophisticated arsenals the criminals use for operations are beyond their financial capacity to purchase for themselves. 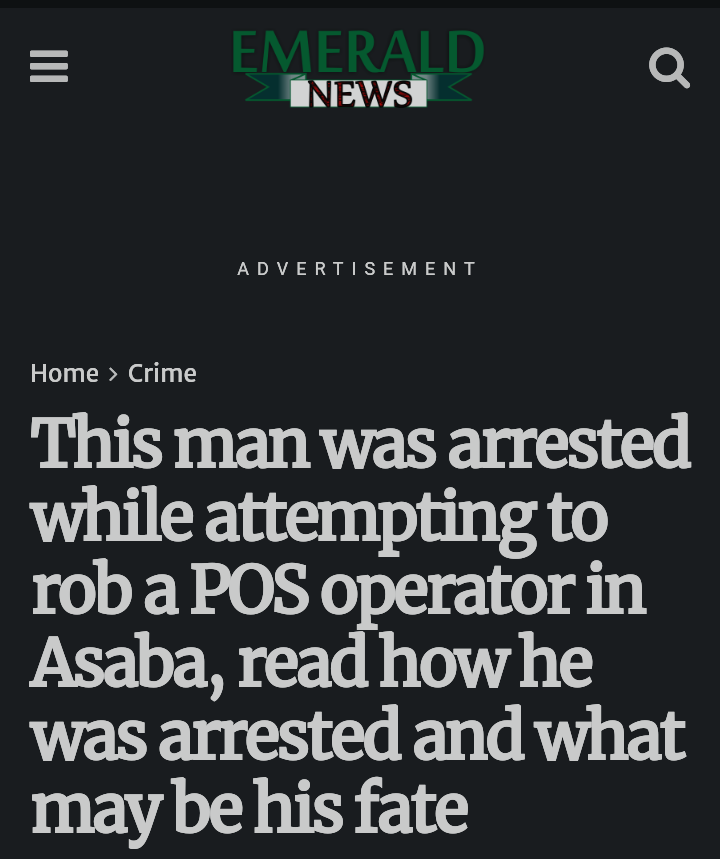 But I don't know how true this fact is. Our Government have been trying their best to curb the spread and repetition of criminal activities in our Mother land. Federal Government have deployed lots of armed personnels to help combat and eradicate hoodlums from our society.

50 stunning wallpaper designs you can use in the sitting room, bedroom or kitchen

Photos Of Muyiwa Ademola, Wole Arole, Ibrahim Chatta And Others Acting The Role Of A Mad-Man

TRANSFER NEWS: Why Haaland's Transfer To Chelsea May Not Work, Kane Open To Man United's Transfer

Checkout Beautiful Styles Of Braids For Women Below 40